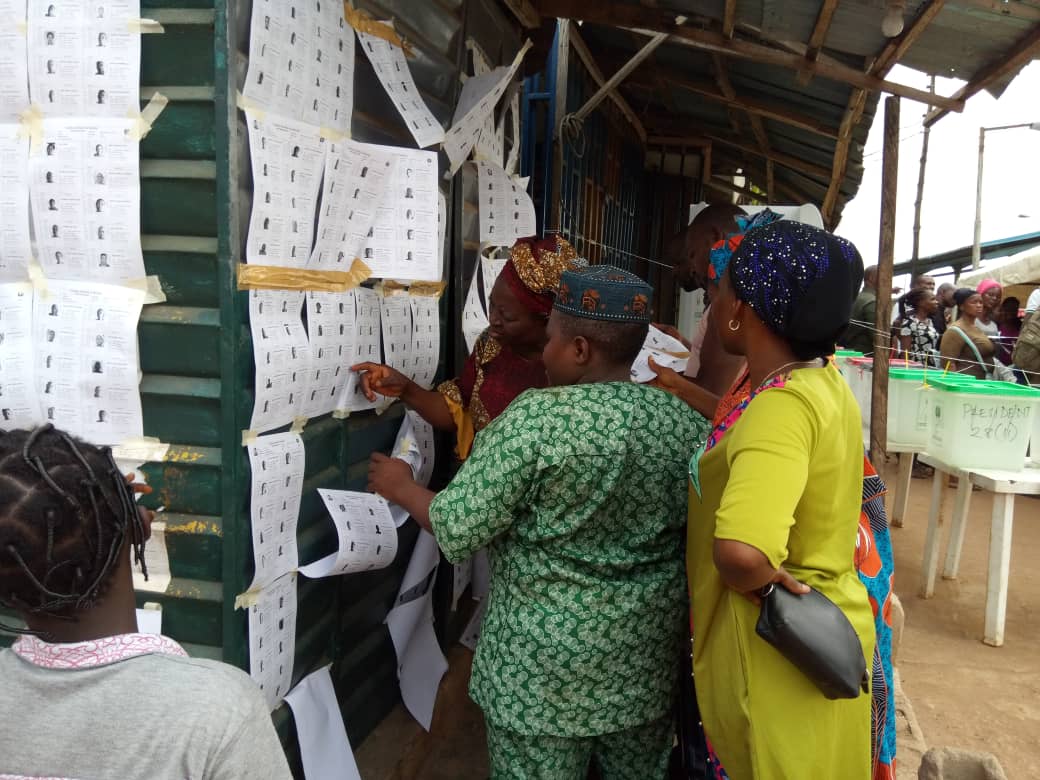 Voters scramble to search their name in Ward B Idimu, Alimosho area of Lagos. PHOTO BY: Kayode Ekundayo.

Eleven candidates of various political parties participating in the June 18 governorship election in Ekiti State have signed a peace pact to ensure a peaceful exercise.

Our correspondent however reports that five candidates failed to turn up at the event which took place in Ado-Ekiti, the state capital, for signing.

I have no deal with Tinubu to step down – SDP candidate

Candidates of the APC, SDP, ADC, ADP, NNPP, APP, NRM, PRP, ZLP, and APGA signed the peace accord while those of PDP, YPP and three others did not turn up.

A former Head of State and Chairman of National Peace Commission (NPC), General Abdulsalami Abubakar, during the exercise appealed to the people of Ekiti State to play roles that would ensure a free, fair and credible poll.

Gen. Abubakar, who was represented by the convener, National Peace Committee, Most Rev. Matthew Hassan Kukah, at the signing of the peace accord called on INEC to ensure that the governorship poll is rancour-free, transparent and credible.

INEC Chairman, Prof. Mahmood Yakubu, said the intervention of NPC has contributed in no small measure for peace in the country, adding that no credible election can be achieved in a violent atmosphere.

Meanwhile, the Inspector General of Police, Usman Alkali Baba, has warned police officers participating in the election to shun excessive use of force on the electorate.

The IGP gave the charge while addressing police officers at the state Police Headquarters in Ado-Ekiti in readiness for the Saturday election.

He said the officers should ensure a conducive and enabling environment that will guarantee a peaceful conduct of the poll.

Baba said they must secure INEC personnel, electoral materials and other critical assets of the commission as well as the electorate, local and international observers.