The commissioner of police in Ekiti State, Mr Babatunde Mobayo, has said three suspects were arrested in connection with the shootings during the by-election into… 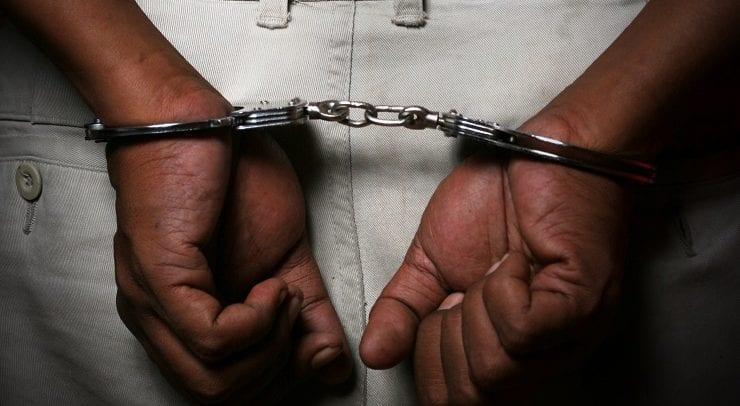 The commissioner of police in Ekiti State, Mr Babatunde Mobayo, has said three suspects were arrested in connection with the shootings during the by-election into the State House of Assembly.

He said the suspects were detained at the police headquarters in Ado Ekiti.

At least three persons were shot dead by suspected party thugs while five others sustained gunshot wounds during the by-election conducted by the Independent National Electoral Commission (INEC).

A policewoman was among those injured in the violence.

“Three suspected party thugs have been arrested. They were picked up where they were hiding and are now being detained in our headquarters.

“Murder is a capital offence and police won’t watch and allow anyone take laws into his own hands freely. Nigeria is a country guided by laws.

“Just like we assured our people on Saturday, everyone who had hands in the killings would be brought to book.

“I am assuring that all those that were arrested would be taken to court as soon as we conclude investigations and gather enough evidence,” Mobayo said.

He, however, clarified that the policewoman who was shot during the by-election in Ekiti east constituency 1, was responding to treatment.

Mobayo said that contrary to widespread speculation in some quarters that the woman lost her life, she only sustained gunshot wounds and was immediately rushed to a hospital for medical care. Speaking with newsmen on telephone in Ado Ekiti yesterday, the spokesman of the command, ASP Sunday Abutu, said she was recuperating.

“No police officer died during the shooting. Although the policewoman who was shot was in a critical condition yesterday, she is now responding to treatment and getting better.”

The seat in contest became vacant following the death of a lawmaker who represented his constituency on the platform of the All Progressives Congress (APC), Juwa Adegbuyi. He died in February.