Despite the economic downturn occasioned by the COVID-19 pandemic, butchers during the recent Eid el-Adha made brisk business in Kebbi State. The butchers made money… 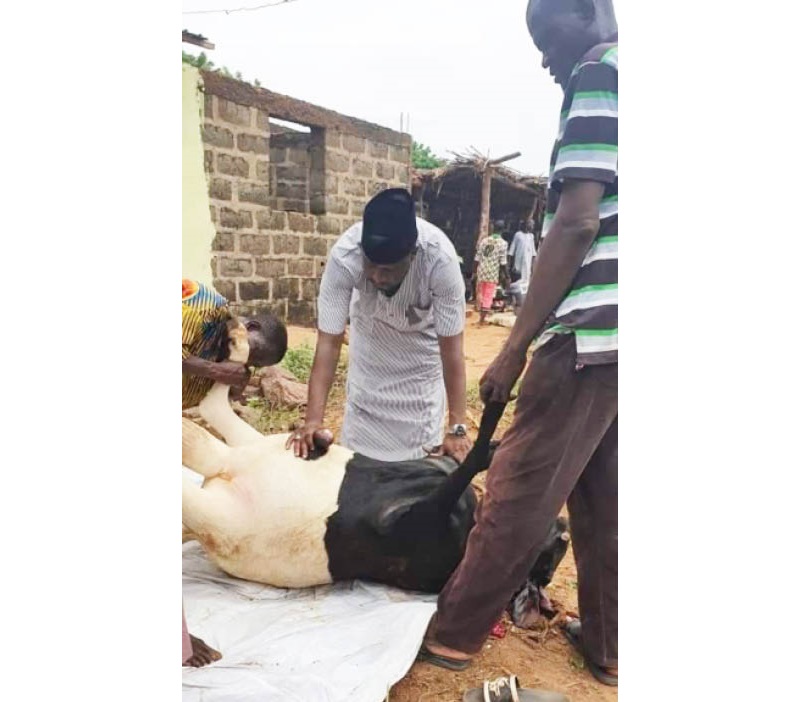 Despite the economic downturn occasioned by the COVID-19 pandemic, butchers during the recent Eid el-Adha made brisk business in Kebbi State.

The butchers made money from skinning rams slaughtered by Muslim faithful to mark the celebration.

Eid el-Adha is a Muslim festival in which the adherents are expected to slaughter rams, cows or goats and distribute the meat to the needy.

During festivals like this, butchers troop into the metropolies to render skinning services in exchange for the hide, meat or a token from those who seek their services.

For those that prefer to be paid in cash, charge for the skinning depends on the size of the animal and sometimes the social status of the owner.

However, not all families go for the services of these butchers as some have the skill to slaughter the animals themselves.

The butchers, who are usually identified with knives and small axes, roam the streets of the towns shortly after the Eid prayers; advertising their services. Most often, they move in pairs, and sometimes in groups of three or four.

In Birnin Kebbi, capital of Kebbi State, a butcher, Usman Fari, told Caliphate Trust that he had been going for skinning during Sallah festivals for the past 15 years and that it had always been an avenue for generating enough with little or no stress.

Fari said when he was younger, they moved in pairs to speed the slaughtering process, but that they now moved in groups of four or more and that this enabled them to skin all kinds of animals: cows, rams and goats, in good time, adding that with their number, they could skin a big cow in less than two hours.

Jafaru explained that, “We came to Birnin Kebbi, the capital of Kebbi State, from Argungu LGA, to look for skinning job. We did our Eid prayers here in order to start our business in good time. Since we are in a group of four, we can make as much as N20,000 to N25,000 in a day. However, the demand drops after the first day.”