EFCC chairman speaks on court judgment sending him to prison

Chairman of the Economic and Financial Crimes Commission (EFCC), Abdulrashid Bawa, has reacted to the judgement which sent him to prison. 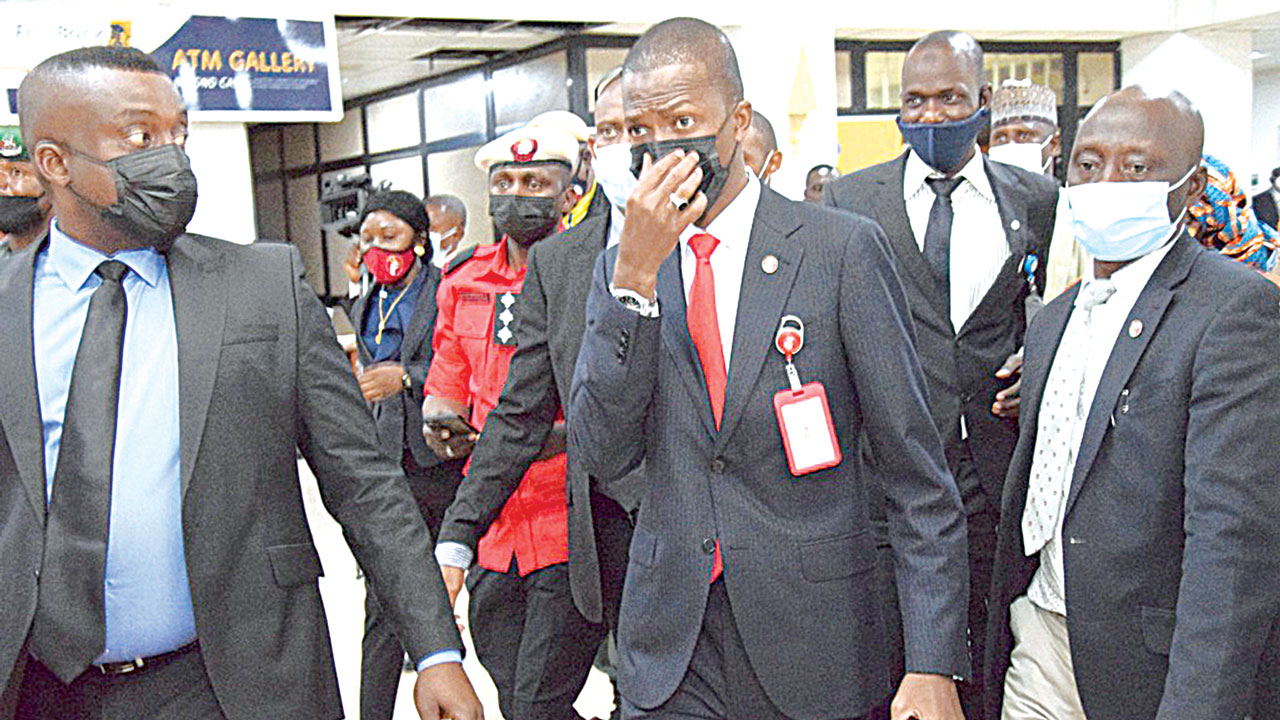 Chairman of the Economic and Financial Crimes Commission (EFCC), Abdulrashid Bawa, has reacted to the judgement which sent him to prison.

Daily Trust had reported how an Abuja high court sitting in Maitama convicted Bawa for contempt of court.

The court had ordered the EFCC to return to a defendant, a former Director of Operations at the Nigerian Air Force (NAF), Air Vice Marshal (AVM) Rufus Adeniyi Ojuawo, his Range Rover, and N40 million.

The EFCC had arraigned Ojuawo on a two-count charge before Justice Muawiyah Baba Idris of the High Court of the FCT in Nyanya in 2016.

He was accused of receiving N40 million and a Range Rover Sport (Supercharged) from one Hima Aboubakar of Societe D’Equipment Internationaux Nigeria Limited.

Ojuawo, in a suit filed by his lawyer, R.N. Ojabo, complained that the EFCC declined to comply with the order for the release of his seized property made by the court in a judgment delivered on November 21, 2018.

In the October 28, 2022 ruling, Justice Chizoba Oji held that, “The Chairman Economic and Financial Crimes Commission is in contempt of the orders of this honourable court made on November 21st 2018 directing the Economic and Financial Crimes Commission, Abuja to return to the applicant his Range Rover (Supercharged) and the sum of N40, 000,000.00 (Forty Million Naira).”

However, the commission failed to comply with the order of the court.

Consequently, the Judge ordered that Bawa should be committed to prison at the Kuje Correctional Centre for his wilful disobedience to the order of the court.

Reacting to the judgement in a chat with Daily Trust correspondent and some other journalists, Bawa said an appeal had been filed.

The anti-graft czar, who appeared before the House of Representatives Committee on Anti-Corruption to defend his agency’s budget, on Tuesday, said the law would take its natural course.

“Well, we have appealed against it, so we will allow the natural course of law to take its effect.”

He also said the EFCC requested more funding for its Academy and the agency’s operations which he said requires money.

He expressed confidence that, the 9th National Assembly which he described as purposeful would heed the request.

While answering question on the agency’s operations and recoveries made so far, he said that, they have recorded a lot of recoveries and were working in line with the laws guiding forfeiture, disposal and remittances of proceeds of crimes.