Nigeria lifter, Umoafia Edidiong, Sunday, won a bronze medal in the Men’s 67KG category. Umoafia lifted 130kg in the snatch, and 160kg in the Clean… 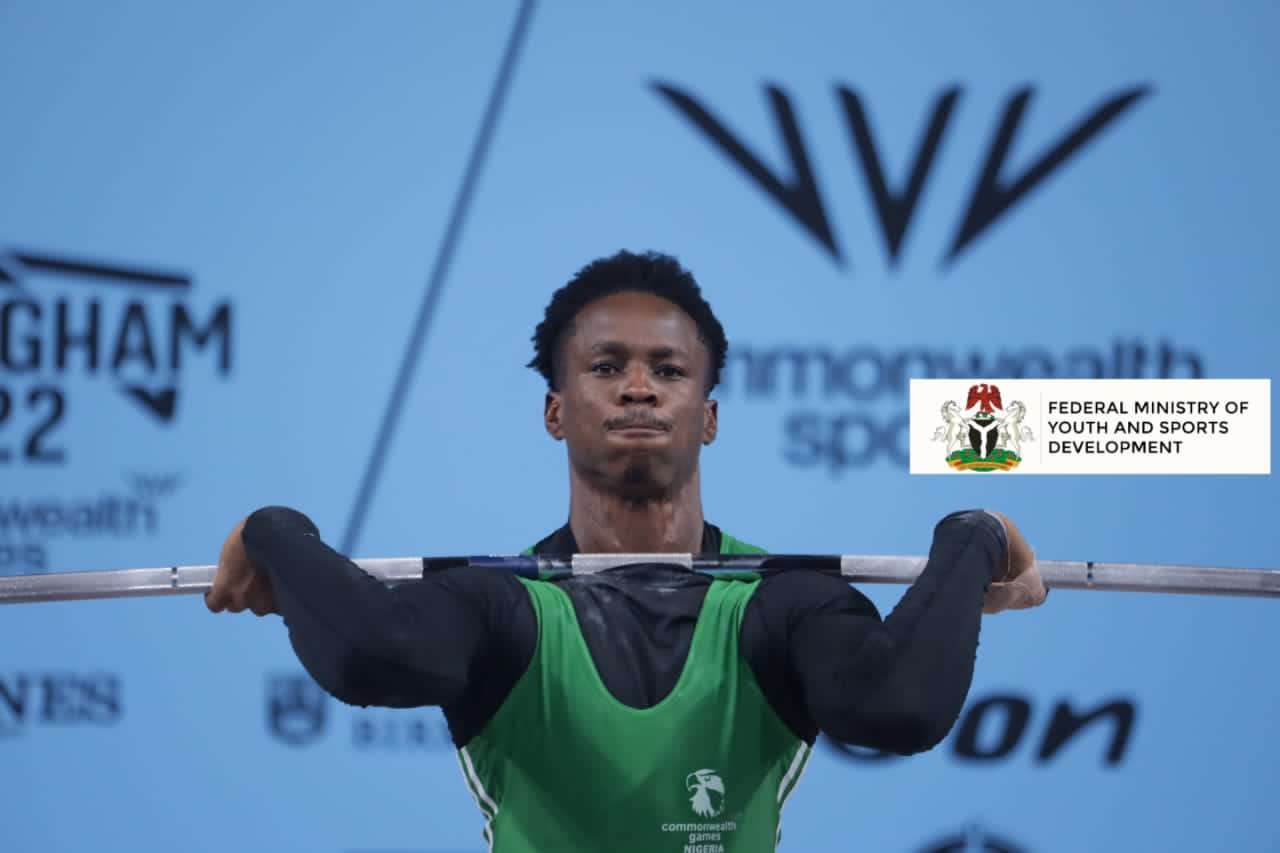 Umoafia lifted 130kg in the snatch, and 160kg in the Clean and Jerk with a total of 290kg to win the second medal for Nigeria.

Edidiong finished third behind young weightlifter, Jeremy Lalrinnunga who smashed two Games records on his way to a sensational gold medal win as he added a second yellow metal to India’s tally.

The 19-year-old from Aizwal wrote the Games snatch (140kg) and overall lift (300kg) record in his name but not before an injury scare as twice he grimaced in pain during the clean and jerk attempts.

Jeremy opened up a huge 10kg gap with the nearest rival Edidiong Joseph Umoafia when he lifted 140kg in a successful second attempt. He had begun with 136kg.

Jeremy further targeted 143kg in his final attempt but did not succeed.

Nigeria, on Saturday, won its first medal at the Games.

Adijat Adenike Olarinoye recorded a total of 203kg in the women’s 55kg weightlifting event to win Nigeria’s first gold medal in the games.