The judges of the Community Court of Justice, ECOWAS, have reversed their previous decision suspending the processing of applications lodged against Mali, Burkina Faso and… 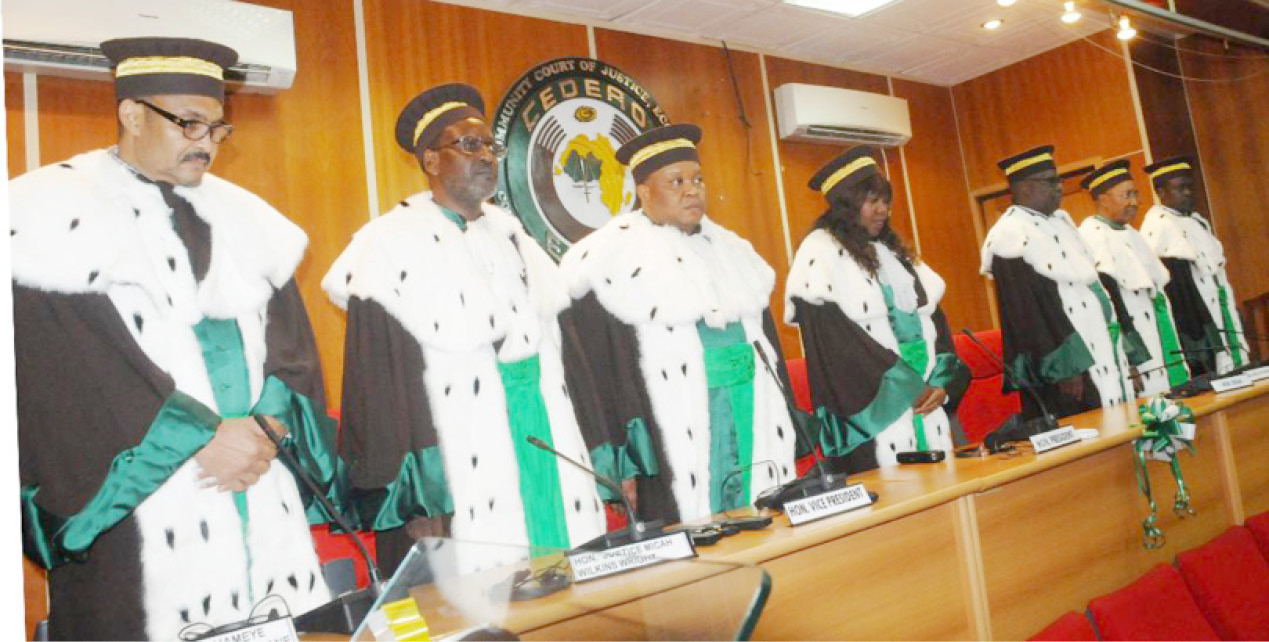 FILE PHOTO: A panel of ECOWAS Court justices during a ceremonial sitting

Fri, 25 Nov 2022 15:37:07 WAT
The judges of the Community Court of Justice, ECOWAS, have reversed their previous decision suspending the processing of applications lodged against Mali, Burkina Faso and Guinea.
In a statement by the court on Friday, it said the new decision would enable the Court to examine cases concerning the three Member States and make it possible for their citizens to file cases before the Court for violation of their rights.
The decision was taken on Thursday, 24 November 2022, during an orientation workshop organised for both new judges of the Court and newly recruited staff of the Court.
The President of the Court, Hon. Justice Edward Amoako Asante, presented the matter before the participants of the workshop for consideration, pointing out that the suspension of the Member States was a political sanction, and does not amount to an exclusion of those Member States from ECOWAS.
The decision of 30 September 2021 was adopted in accordance with Article 78 of the Rules of the Court, which provides that: “The proceedings may be stayed (a) in all cases, by decision of the President adopted after hearing the parties, and save in the case of references for a preliminary ruling.”
Upon deliberation, however, and in taking cognisance of the scope of the measure of suspension adopted by the Authority of Heads of State and Government of ECOWAS, the judges, in all independence, arrived at the decision to reverse the decision previously made on 30 September 2021.
Consequently, Mali, Guinea and Burkina Faso have once again come under the sphere of jurisdiction of the ECOWAS Court of Justice, and all applications originating from the three Member States or from their citizens, shall be admissible before the Court, in line with the relevant texts.