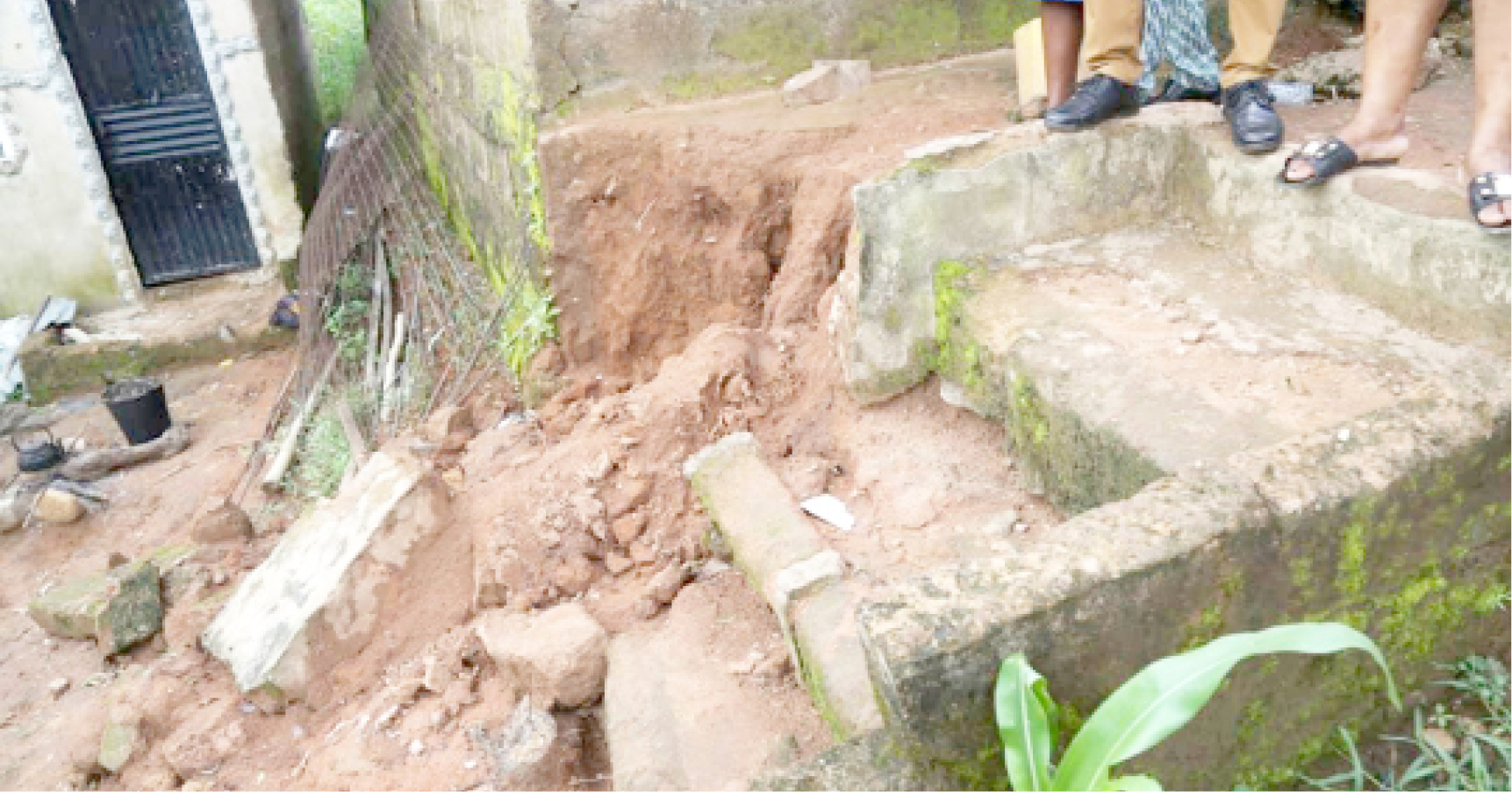 Governor David Umahi on Saturday directed the demolition of 65 houses at Ogwuma, Afikpo South Local Government Area of Ebonyi State following a landslide recorded in the area in July.

Umahi gave the directive while addressing the people of the area, noting that the affected inhabitants would be resettled immediately.

He said the resettlement was needed to save lives and prevent more landslides.

The landslide occurred at the retaining wall of Ogwuma community which blocked access to neighbouring communities and a section of the road leading to Ohafia in Abia.

Landslides had been devastating the community since 2004.

The July landslide resulted from illegal activities of inhabitants across the retaining wall, impacting negatively on the land.

Speaking when he visited the landslide site in July, Umahi announced plans to clear the road to enable the government to know the best next line of action.

He blamed the communities for carrying out illegal activities on the land.

The governor hinted that all those living across the retaining wall would have to be evacuated for the wall to be reconstructed to stand the test of time.

On Saturday, he said: “There is nothing else we can do to save the lives of our people as the affected inhabitants would be supported within the limits of our resources.

“We need a small estate to resettle them but also to be our brothers’ keepers in accommodating those affected.

“Landslide is very dangerous as it gulps a lot of money to remedy.’’

Umahi said that work on the affected area would begin on August 15, adding that the people would indicate where the affected persons would be resettled.

“This is because their continued stay within the affected area will put their lives at risk and cause more slides,’’ he said. (NAN)