Internally Displaced Persons from Gwoza and Bama, Borno State, in Abuja have called on the relevant authorities to provide primary healthcare facilities for its members… 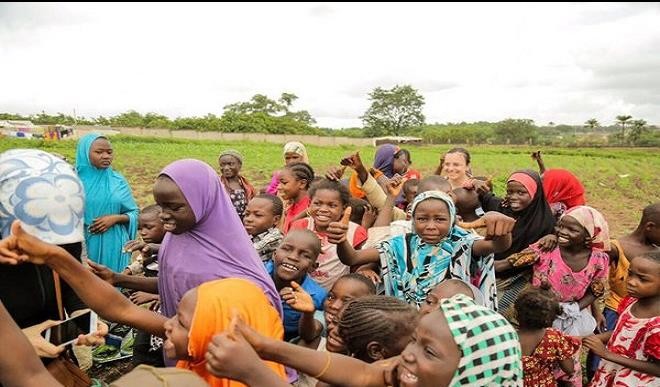 Internally Displaced Persons from Gwoza and Bama, Borno State, in Abuja have called on the relevant authorities to provide primary healthcare facilities for its members especially women and children.
Mrs Liatu Ayuba, Woman Leader of the Internally Displaced Persons (IDP) in Dagba, Durumi, Area I, Abuja, said this when the FCT Primary Health Care Development Board (FCTPHCDB) flagged off the fourth round of the 2016 subnational immunisation plus days in the FCT slated for Dec 3-6 aimed at vaccinating children under 5 years against polio.
While decrying the poor living environment at the camp, she said pregnant mothers from IDP camps in the FCT were not registered to receive antenatal services in government hospitals in Abuja, adding that their children had no access to secondary school education.
Mrs. Ayuba said a medical centre donated by the wife of the Chief of Army Staff, Gen. Tukur Buratai, had remained empty because it had not been stocked with the requisite medicines, adding that many women suffered from toilet infection because they defecated in the open bushes around the camp.
Executive Secretary, FCTPHCDB, Dr. Rilwanu Mohammed, said the FCT recorded 1.6% (45) missed children during the November 2016 polio outbreak response and had pending non-compliance in 26 households with 353 children involved in the FCT.
He said there were over 20,000 persons in 13 IDP camps in the FCT, adding that the outbreak response was an approach aimed at vaccinating children from birth to 59 months against polio with the aim to serve as a booster dose for children already vaccinated.
Dr. Mohammed said the National Primary Health Care Development Agency had provided 920,000 doses of the vaccine, and that for this round, 1,641 teams were distributed in six area councils made up of 150 supervisors and 238 monitoring supervisors who would directly observe the polio vaccination exercise in the six area councils to strengthen supervision and monitoring to standard.