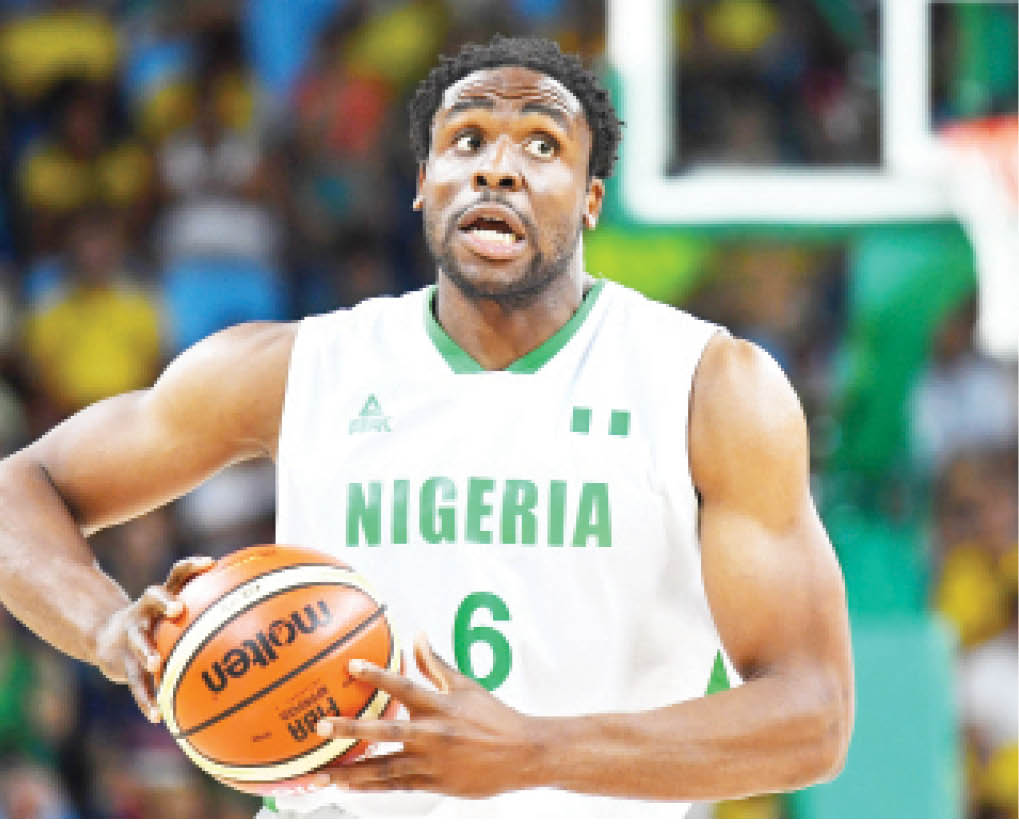 D’Tigers star player, Ike Diogu in action for Nigeria at the 2016 Rio Olympics

Nigeria’s D’Tigers will resume their search for a ticket to the 2021 FIBA Afrobasket championship when they take on South Sudan this evening at the Salle Mohamed Mzali arena in Monastir, Tunisia.

A total of 20 teams divided into five groups of four teams are participating in the second round of qualification for the FIBA AfroBasket 2021.

The top three teams from each group over two tournaments in the international windows will automatically qualify for the tournament to be held in Rwanda.

Having started on an impressive note in the first tournament with 3 straight victories in group D over South Sudan, Rwanda and Mali, D’Tigers will hope to continue their unbeaten run.

In the first ever meeting between both teams, D’Tigers were the better side with Ike Iroegbu leading the offensive with 13pts, 8 assists, 7 rebs and a steal while Caleb Agada scored 16pts and 2 assists.

According to team’s substantive Head Coach, Mfon Udofia standing in for Coach Mike Brown and Alex Nwora who are unavoidably absent, the team is ready to pick up from where they left off when they file out against South Sudan by 5pm.

The 30 year old who has been with the team since the 2019 FIBA World Cup has assured that the players will step up to the occasion despite the absence of Coach Brown and Nwora.

“The importance of playing well and continuing our winning tradition cannot be overemphasized. Since we opened camp on Sunday, we have been perfecting our game plans while in close touch with our senior coaches who are unavoidably absent.”

D’Tigers who narrowly lost to host-Tunisia at the finals of the 2017 edition are hoping to qualify as well as win the second ever Afrobasket title.