The National President of the League of Muslims School Proprietors Worldwide (LEAMSP), Tijani Taiwo has challenged the Federal Government and relevant agencies to put in… 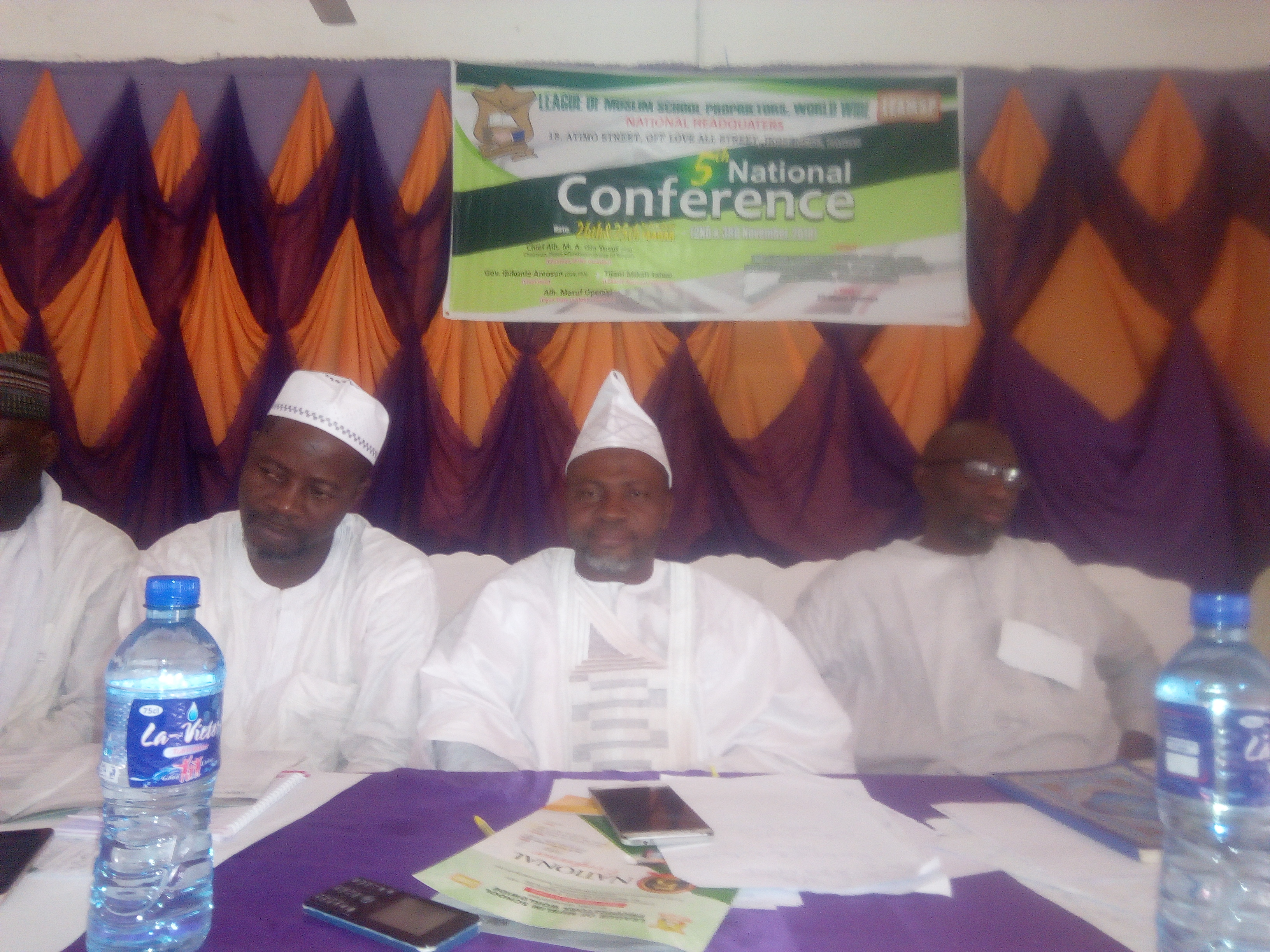 The National President of the League of Muslims School Proprietors Worldwide (LEAMSP), Tijani Taiwo has challenged the Federal Government and relevant agencies to put in strict measures to stem abuse of drugs by students in the country.

He spoke at the weekend in Abeokuta, Ogun State at the 5th National Conference of LEAMSP with the theme “School Business In The 21st Century: Paradigms For Sustainability.”

“The worst aspect of this is that most of drugs being abused are the common ones meant for the treatment of ailments of their young ones such as Benylin, Codeine and Tramadol.

“The debilitating effects of these drugs on students are highly destructive. I wish to call on the government, schools, homes, community and relevant agencies to ensure strict control of these drugs so as to save our future,” the LEAMSP president said.

Taiwo equally urged the Federal Government to urgently increase budget allocation to the education sector by adhering to 25 percent of total budget as recommended by the United Nations Educational, Scientific and Cultural Organization (UNESCO).

In his address, the guest lecturer, Dr Ibrahim Oguntola implored school proprietors to be driven by passion and not obsession for profit-making.

“You can have a vision for establishing a school and still be hallucinating. Some proprietors are neither being driven by passion or vision. If your school is being run like that, you will have problem sustaining it,” he said.