Nollywood actor, Aremu Afolayan, has caused a stir at the Murtala Muhammed International Airport (MMIA) when he took to his social media page blasting airport… 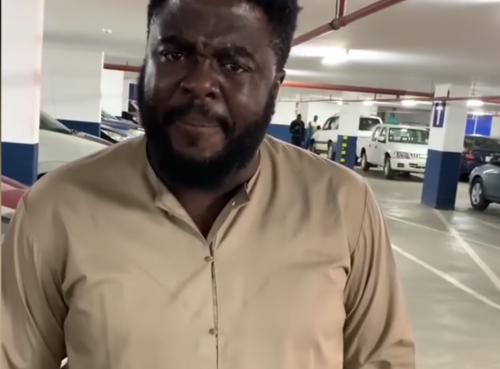 Nollywood actor, Aremu Afolayan, has caused a stir at the Murtala Muhammed International Airport (MMIA) when he took to his social media page blasting airport authorities including officials of the Nigeria Immigration Service (NIS).

In viral videos shot at the car park posted on his Instagram page, the actor also on Sunday evening lashed at President Muhammadu Buhari and the Governor of Lagos state; both he said could not put things to order.

He specifically blasted the aviation security officers at the airport for preventing his family members from entering the airport.

I have said this before and let say it again, at some point everyone will be tired of Nigeria. Actor Aremu Afolayan is angry with immigration officials. Watch
pic.twitter.com/h15f0UoSyW

However, Daily Trust learnt from immigration and airport sources at the airport that the incident was as a result of the actor’s refusal to submit for routine check-in formalities at the airport.

Afolayan in the video laced with rage and frustration described Nigeria as the most useless country, alleging that he was being asked to pay for his family to gain access into the airport.

He equally took a swipe on Ethiopian Airlines for delaying its flight and failing to convey his sister whom he said is not a citizen of Nigeria.

“If the bad people are going to come, won’t they destroy the airport? They should fire all those useless immigration or whoever they are on that doorstep. Why will I come to the airport with my family and I will not be able to enter with my family, it is so frustrating and alarming. When are you going to change everything? What is wrong with you people?”

But an airport source who spoke with our correspondent in confidence accused the actor of exhibiting ignorance in his outburst at the airport.

“Is it not out of ignorance that he is spewing out this seeming frustration? You know it is a normal procedure that only those travelling and holding valid passports are allowed into the airport. So if we are to allow every passenger to come to departure with his/her family, don’t you think this airport would be disorderly?”