Dr Oseni as Mufti of Auchi, renaissance of Muslim heritage

With the demise of Prophet Muhammad (SAW) in 632CE, Muslims turned to the Prophet’s companions (Sahabah) for religious guidance on a wide range of topics.… 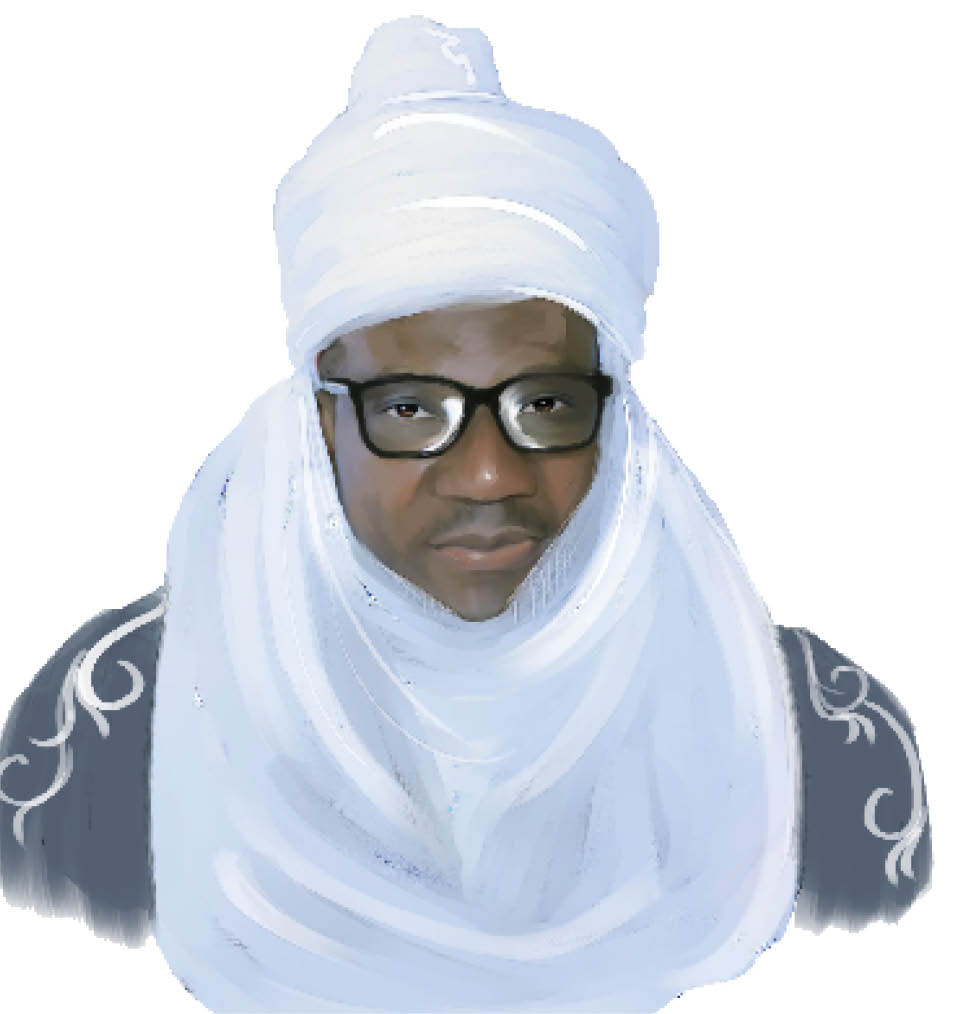 With the demise of Prophet Muhammad (SAW) in 632CE, Muslims turned to the Prophet’s companions (Sahabah) for religious guidance on a wide range of topics. The need to, thereafter, find answers to emerging issues that were not explicitly covered by the extant provisions of the Qur’an and Sunnah of the Prophet (SAW) inspired scholars to offer legal opinions on such emergent issues; a development that led to the advent of the schools of Islamic jurisprudence referred to as Madhaahib in Islamic literature.

While fatwa is the act of issuing legal opinions for the guidance of Muslims in their everyday life and for use by judges to dispose cases in the courts of law, a person who issues fatwa is called a Mufti.

Over time and across nations from the 8th century Islamic Arabia to the 19th century Sokoto Caliphate in Nigeria, the position of a Mufti remained an integral part of the political system in Muslim societies. However, a century after the fall of the Sokoto caliphate into the hands of British colonialists in 1903, the once all-important religious position of a Mufti had disappeared from the post-colonial Emirate system of administration in Nigeria, which by origin and in nature was significantly Islamic.

The fact that not many of our present-day Emirs remember to appoint persons with requisite knowledge and character as ‘Mufti’ shows the extent of colonial impact on Muslim heritage in Nigeria. The recent turbaning of Dr Barrister Umar Aimhanosi Oseni by His Highness, the Otaru of Auchi Sacred Kingdom Alhaji Haliru Momoh Ikelebe III, a Chartered Accountant and Law-Graduate by training, thus, marked the rebirth of a neglected aspect of our Muslim heritage. Amazingly, this revival is coming from other than Nigeria’s Islamic north; Auchi, which is honourifically regarded as the only Emirate in southern Nigeria. It’s time for other emirates to do the same.

The turbaning ceremony of Dr Oseni as the first Mufti (Jurisconsult) of Auchi took place at the Magnificent Otaru-in-Council’s chamber in the Royal Palace of the Sacred Kingdom of Auchi on July 10, 2022 (equivalent to Dhul-Hijjah 11, 1443AH). The remarkable event which started at 10am and ended at about 1.30pm also witnessed the turbaning of ten other distinguished sons of Auchi including Prince Shaibu Vigour Momoh as the Odibo (Servant-Leader) of Auchi; Prince Muhammad Afe Aliru Momoh as the Oghosomhi (Eagle) of Auchi; Alhaji Yusuf Omoregbe as the Ini (Elephant) of Auchi; Prince Enahoro Kadiri as the Elo (Eye) of Auchi; and Alhaji Hakeem Umoru as the Otota (Eloquent Spokesman) of Auchi.

Besides His Royal Highness, Alhaji Aliru Momoh Ikelebe III who presided over the occasion, other dignitaries that graced the occasion include all the Daudus (village heads) in the Kingdom; the Chief Imam who is also the Waziri of Auchi, Professor Zakariyau Idrees-Oboh Oseni; the former Chief Judge of Edo State and Chairman Code of Conduct Bureau, Honourable Constance Momoh; the Chief of Staff to the Edo State Governor, Honourable Imonofi: the Managing Director of the Benin/Owena River Basin Development Authority, Engr Saliu Ahmed who holds the traditional title of the Saadiq (Truthful) of Auchi; and Professor Saidu Oseni who is currently the Director of Research at the Obafemi Awolowo University, Ile-Ife.

The ceremony began with an opening prayer offered by the Chief Imam of Auchi, Professor Zakariyau Oseni, otherwise recognized within the academia as Nigeria’s Guardian of Arabic Language. The Otaru then made a brief speech on the prominence and worth of the personalities who were being honoured with titles. The Otaru thereafter got the dignitaries, one after the other, turbaned in accordance with the known traditions of the Kingdom. While the turbaning process lasted, women added colour to the event with Islamic songs and unbroken shrilling sounds of joy.

In addition to being an Islamic Jurist and scholar of upright character, a Mufti is an intellectual whose deep knowledge of the Qur’an, hadith, verbal reasoning, knowledge of Islamic law and legal literature combine to qualify him to issue fatwa on matters of worship, rituals, financial transactions, and contracts. He must be an adult, of sound mind, and a rigorous thinker.  Fatwas can range from a simple yes/no answer to a book-length treatise. In medieval Islam, the issuance of fatwa was among the most demanding occupations and muftis were among the best educated religious scholars of their time.

Dr Oseni is the son of Professor Zakaiyau Oseni, the current Chief Imam/ Waziri of Auchi. He was born a pre-mature baby in Auchi on Sunday November 28, 1982. His mother is Madam Reminetu Oseni. He graduated from the University of Ilorin, Kwara State, with a Bachelor of Laws (LL.B. Hons) degree in Common Law and Sharī‘ah, and was called to the Nigerian Bar in May 2007. He obtained a Master of Comparative Laws degree with Distinction in 2009 and earned a PhD degree in Law from the International Islamic University Malaysia (IIUM) in 2011. He did his postdoctoral fellowship programme at Harvard Law School in the United States and holds a Professional Master of Law degree in Financial Laws from the York University, Ontario, Canada.

After his postdoctoral programme at Harvard, Dr Oseni was appointed Assistant Professor at the IIUM in 2012 and rose to the rank of Associate Professor of Law and Regulation of Islamic Finance in the same University in 2014.  While serving as the Senior Research Advisor to the Vice Chancellor of the IIUM, he co-founded the International Waqf Research Centre in the same university. Aside of being a Harvard-certified negotiator and dispute resolution expert, he has consulted on matters of Islamic finance for the Islamic Development Bank (IDB) Group and some United Nations agencies. He is currently the CEO of the International Islamic Liquidity Management Corporation (IILM); a multilateral financial institution in Kuala Lumpur, Malaysia, of which the Nigerian government, UAE, Qatar, Turkey, and the IDB are members.

With over 110 publications on Islamic finance, law and related areas in referred journals, Dr Oseni is internationally recognized as one of the most prolific authors in his area. He has co-authored several books published in the United Kingdom, Malaysia and the United States of America. These scholarly credentials must have been the most significant factor that inspired the 88-year-old Otaru of Auchi to appoint a jurist of Dr Umar’s knowledge as a Mufti. We pray that Allah guides the new Mufti of Auchi in the service of his community so that the entire Auchi Kingdom would benefit from his wealth of knowledge and experience, amin.