Dr Tonye Clinton Jaja is a law lecturer at the University of Benin. He holds a PhD in law (with a specialisation in legislative drafting)… 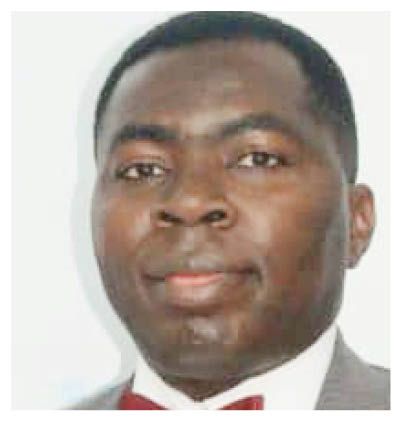 But beyond that Jaja is also an ICT expert who has developed indigenous software aimed at aiding the dispensation of justice in Africa and Nigeria in particular.

He said he was worried about the non-availability of affordable indigenous software and information and communications technology (ICT) tools for lawyers and judges in Nigeria.

He said as part of his research efforts last year, they developed two legal research and writing software (LEGISCRIPTA and JURISCRIPTA) for African judges, magistrates, legislators, lawyers and law students across the board.

As it stands today, over 20 judges and their legal assistants of the Rivers State Customary Court of Appeal have commenced using the JURISCRPTA software, and more than 100 lawyers are using LEGISCRIPTA in their chambers.

“Based on the years of experience that I have garnered in the field of legislative drafting, myself, as team leader, and a team of computer experts developed the Legislative Drafting software, which is also useful for drafting fresh bills and amendment bills and legislation.

“However, over 90 per cent of African countries do not have a legislative drafting software for the drafting of bills and publication of their legislation, such as this software that I have designed,” he said.

Also, as part of his work, the Association of Legislative Drafters and Advocacy Practitioners (ALDRAP), was established. Dr Jaja said ALDRAP was established in March 2017. The Nigerian Bar Association’s Institute of Continuing Legal Education issued accreditation to ALDRAP to serve as a provider of continuing legal education for lawyers.

ALDRAP was established to provide education, training and tools for lawyers and related professionals in the fields of legal drafting and advocacy.

ALDRAP, he said, started with just two members in 2017. “We now number over 500 lawyers and law students. We have provided training for staff of the Nigerian Law Reform Commission, Edo, Ogun, Plateau and Nasarawa states ministries of Justice.”

The Association of Legislative Drafters and Advocacy Practitioners, he said, is a not-for-profit organisation that provides Continuing Legal Education (CLE) programmes to lawyers and other professionals in Nigeria and other African countries.

“We are licenced by the Nigerian Bar Association (NBA) as providers of continuing legal education programmes since September 2017. We have provided CLE for over 500 lawyers and law students.

“From May 2019 to October 2020, I served as the chairman of the Governing Board of the Nigerian Copyright Commission, which is the agency responsible for the regulation of copyright and intellectual property rights in Nigeria,” Jaja said.

Jaja said robust deployment of  information and communication technology into the judicial system was the only panacea to the problem of slow process in the dispensation of justice.

Impact of the software

In January 2021, the United Nations Development Programme (UNDP) in The Gambia paid $20,000 to purchase this Legislative Drafting software for the training of staff of the Ministry of Justice of The Gambia.

As of April 2022, three ministries of Justice within Nigeria have purchased this software at the rate of $60,000.

Jaja’s impact across the world

“From 2012 to 2021, I served as a visiting Professor of Law and Legislative Drafting and Mentor at the School of Law, KIIT University, Bhubaneswar, India.

“I mentored at least 20 law students that are now lawyers and graduates; one of them is now a law lecturer at another university in India.

“I was also awarded a Master of Laws (LLM) in Legislative Drafting in the year 2006.

“Since 2014, I have been teaching the Master of Laws (LLM) in the Legislative Drafting Programme of the University of Benin.

“From 2015 to 2017, I was the coordinator of the online Postgraduate Diploma in Legislative Drafting programme of the University of Benin. In this capacity, I designed and drafted the course contents for the four core courses, which were uploaded on the online learning platform.

“Between 2009 and 2011, I was a law lecturer on Canada’s Athabasca University Online Postgraduate Diploma in Legislative Drafting programme.

“From 2012 till date, I have served as co-founder and Editor-in-chief of the International Journal for Legislative Drafting and Law Reform, which I founded. The original ISSN was issued by the British Library. This law journal has now been published by the Canadian Legal Information Institute. The journal has over 500 subscribers and generates over $100,000 per annum.

“In 2013, this law journal and other USA-based partners founded the bi-annual International Conference on Legislation and Law Reform hosted by the Federal Bar Association, Washington DC chapter.

“Last year, a university in India gave me a certificate of appreciation for serving as a keynote guest speaker at its copyright and intellectual property law webinar,” Dr Jaja stated.