It was a double victory for Bayelsa State yesterday as the two state owned professional football clubs, Bayelsa United and Bayelsa Queens emerged winners of… 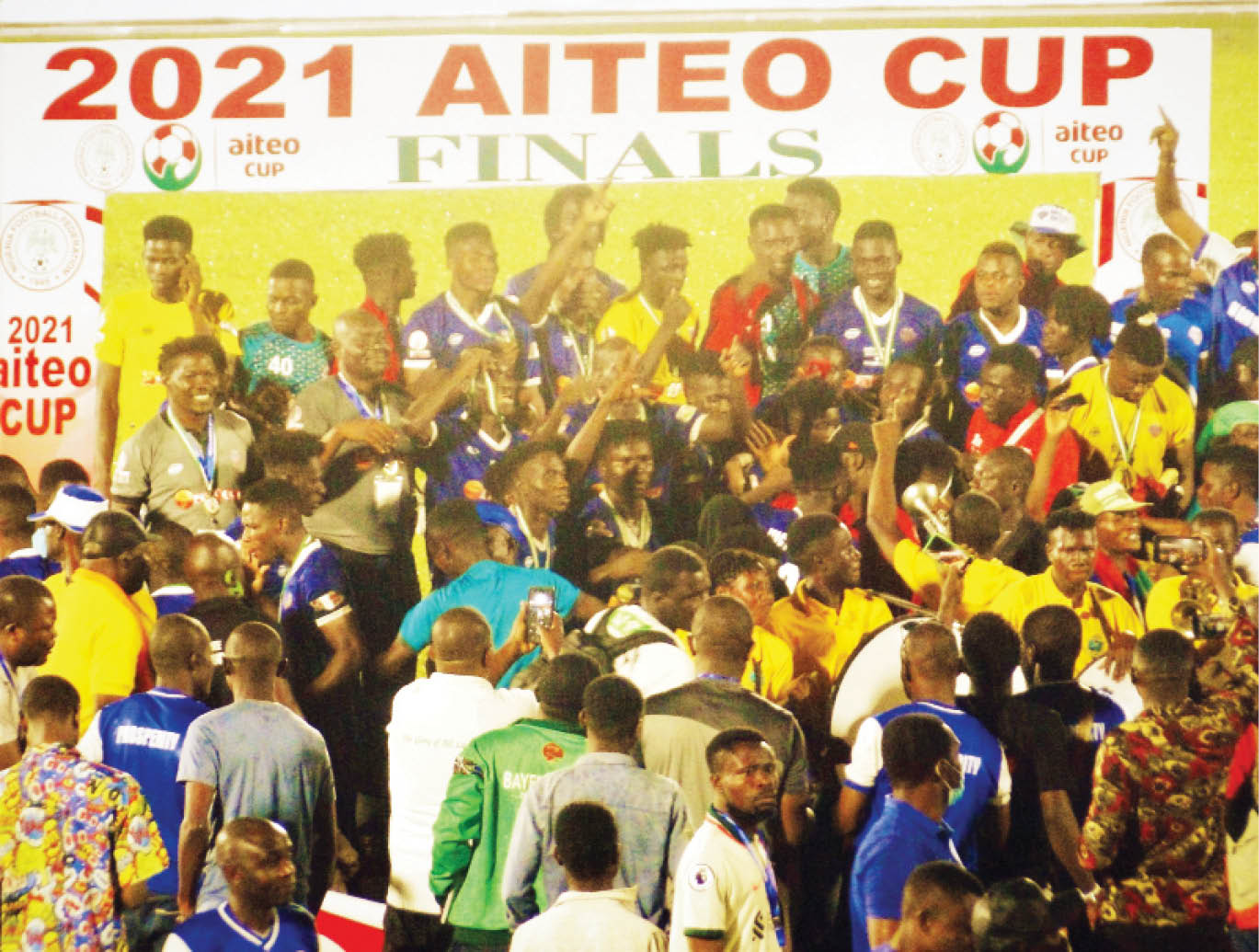 It was a double victory for Bayelsa State yesterday as the two state owned professional football clubs, Bayelsa United and Bayelsa Queens emerged winners of this year’s Aiteo Cup.

In the opening match of the double header at the Samuel Ogbemudia stadium Benin, Bayelsa Queens thumped FC Robo Queens of Lagos 4-2 to win the 2021 Women’s Aiteo Cup.

Bayelsa’s Anjor Mary who was named the Most Valuable Player of the match scored the opening goal and her 7th in the competition in the 10th minute but the lead was short-lived as Gift Monday equalized for FC Robo in the 18th minute.

Bayelsa Queens took the lead again through Juliet Sunday and Peace Efih doubled the lead just before the end of the half.

On resumption, Habeebat Akinwande reduced the deficit for her side in the 54th minute. However, it was Joy Bokiri who put the match beyond the Lagos girls with the fourth goal in the 64th minute to end proceedings 4-2.

In the men’s finals, NNL side, Bayelsa United stunned favourites Nasarawa United 4-3 on penalties after 2-2 draw in regulation time to win their first ever Aiteo Cup.

Okardi Inikurogha put Bayelsa United ahead in the 19th minute but one minute after, Nasarawa United’s experienced striker, Chinedum Ohanachom levelled the scores.

The ‘Solid Miners’ then took the lead through Aliyu Abdullahi but Bayelsa’s Emo James equalized in the 36th minute to end the first half 2-2.

As the concerted efforts by both sides to score in the second half proved abortive, the match went straight into penalty shoot out.

In the resultant kicks, Nasarawa United’s Dauda Maigishiri and Nwankwo Silas failed to score so Gabriel Biriduba’s miss didn’t prove fatal as the underdogs triumphed 4-3 to smile home with N25m prize money and a ticket to represent Nigeria in next year’s CAF on the continental stage.