Doping scandal: Another Nigerian budding star waiting to be dimmed

Few days ago, news broke out that Nigerian sprinter, Nzubechi Grace Nwokocha has been suspended provisionally for the use of banned substances by the Athletics… 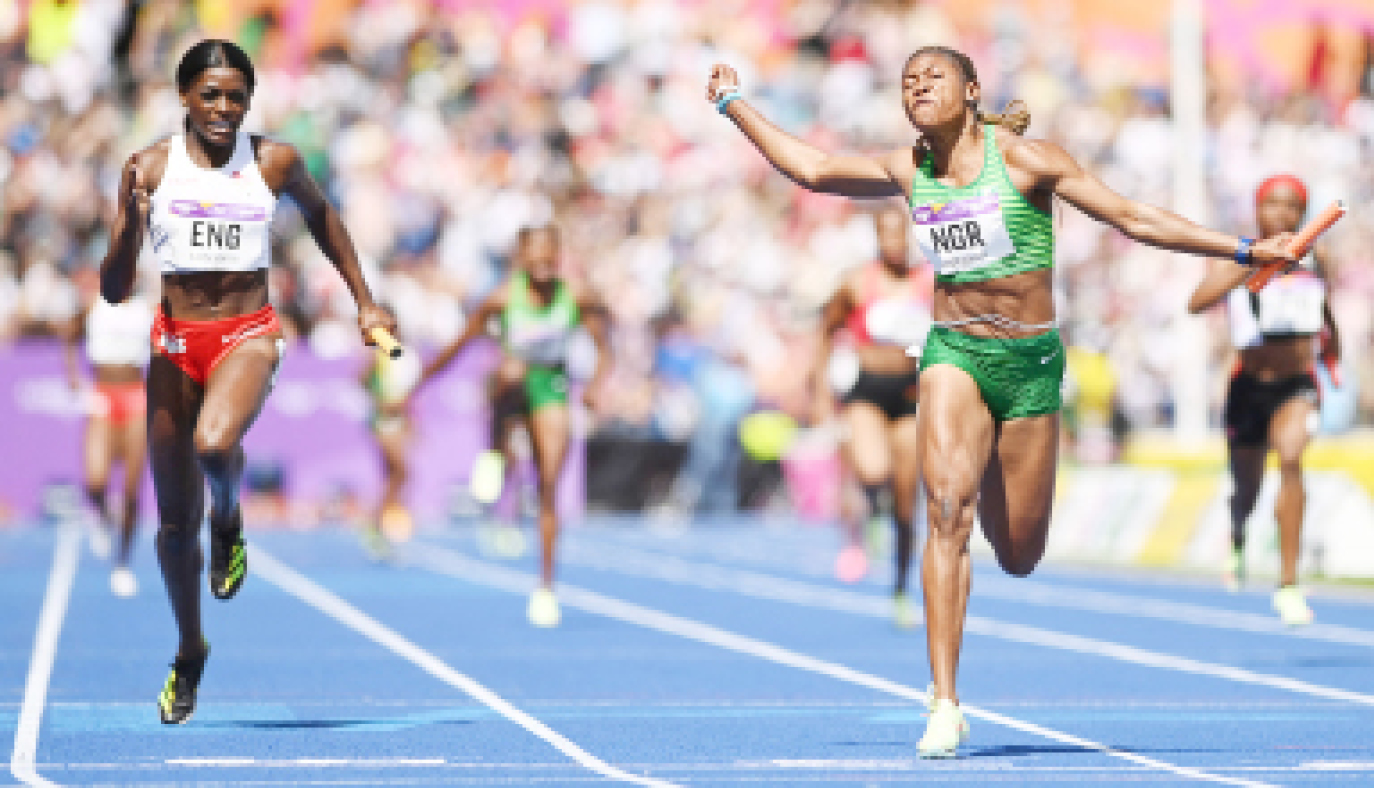 Few days ago, news broke out that Nigerian sprinter, Nzubechi Grace Nwokocha has been suspended provisionally for the use of banned substances by the Athletics Integrity Unit (AIU), a fully independent body charged with the responsibility of combating doping in the sport of athletics.

In competitive sports, doping is the use of banned athletic performance-enhancing drugs by athletic competitors as a way of cheating in sports and it is illegal.

According to AIU, Nwokocha was tested and found to have used Ostarine and Ligandrol which are both anabolic agents prohibited by the World Anti-Doping Agency.

It will be recalled that a young high jumper, David Aya also failed a drug test at last month’s World Athletics Junior Championships in Cali, Colombia.

Ostarine is an anabolic steroid that helps users rapidly build muscle, but it is not approved for human use, and it is banned USADA (U.S. Anti-Doping Agency)–this is one of the same drugs British sprinter CJ Ujah tested positive for after the Tokyo Olympics. Ligandrol is used to increase energy, improve athletic performance, and increase muscle growth.

Nwokocha’s coach at North Carolina A&T University, Duane Ross, was previously caught and suspended for two years for attempted use, possession and trafficking of performance-enhancing drugs.

His son, Randolph Ross, U.S. 400m Olympian, was sent home from the World Athletics Championships on the day before his race for tampering with the anti-doping process after an unsuccessful testing attempt in June.

The suspension of Nwokocha could lead to England being promoted to gold and Jamaica moving into the silver medal position. Team Australia, who finished fourth, would be moved into bronze.

A former technical director of the Athletics Federation of Nigeria (AFN), Sunday Adeleye has told the federation to emphasise the need for athletes to avoid banned substances and also to engage in a thorough athletes’ education programme so as to discourage them from using banned substances.

“You can be tested today and take something tomorrow so what happens? Education now comes in. It plays a vital role. Educate these athletes and let them understand. We have a series of cases the federation probably is hiding right now.

“They are supposed to let the other athletes know that people are getting caught all the time so athletes must stay away. If you are caught, you have four years out of your career, and you are done. And how many athletes come back after the ban to do well again? If she is found wanting, we have lost all those things she won. That’s a sad one for us,” he said.

Similarly, the Head coach of the Athletics Federation of Nigeria (AFN), Seigha Porbeni has described as worrisome, the latest doping crisis facing the country’s sports.

“I am not supposed to comment on this, because it is strictly under the Chairman and members of the Anti-doping committee of the AFN. However, the matter is still being investigated. As soon as this issue is clarified, the AFN will make a public statement through the President of the Federation. Let us be patient. The Federation is equally as disturbed about this unpleasant development.”

On his part, AFN Technical Director, Samuel Onikeku said: “We just got correspondence and we have not even sat on it.

”Some media reports indicate that the AFN has been notified of the development by the World Anti-doping agency as the confirmation of the B sample of the affected athletes is still being awaited.

In a chat with an athletics stakeholder, SY Pepple, he said the AFN should be up to the task to avoid athletes ruining their careers.

“I believe that all hands need to be on deck no matter who bears titles AFN.

“We cannot afford to continue watching our athletes fall into avoidable situations that threaten their careers.

“In all of these negativities, the athletes are the worst hit.  We can say whatever we like from now till infinity, at the end of the day they suffer the most,” he said.

His position was further reiterated by a renowned statistician with the AFN, Olalekan Soetan who said athletes are responsible for what they eat and drink.

“Grace Nwokocha should be knowledgeable enough to know 70% of her responsibilities as an elite Nigerian athlete. She’s an athlete I know personally since her Nigerian coach hinted me about her prowess in 2018 while the Nigerian Athletics team was preparing for 2018 Commonwealth games.

“The real cheats are the athletes themselves and some of our coaches know some of their athletes are on something but won’t blow the whistle on them. And that’s the problem right there.

“Our athletes are enlightened enough so it’s not matter of little anti-doping education, maybe the youngest among the elites would be brainwashed by their handlers. Definitely no official on national assignments would indulge in any act of doping national team athletes while on national calls.

“Food taken at competition cafeteria are safe. And if there is any sabotage, it can be readily proven. Therefore, no team official needs to chaperone athletes on what to eat or not. Athletes are responsible for whatever enters their systems,” he said.

As it stands, Grace Nwokocha stands a risk of being banned for four years, thereby missing out on the Paris 2024 Olympic Games and the Victoria 2026 Commonwealth Games which will hit her career negatively considering the form the 21-year-old is in at the moment.

While Nigeria wait with abated breath for the final judgement, it is hoped she is found innocent and cleared of any wrong doing as well as avoiding been named in the growing list of drug cheats.