There is an adage, which says “don’t kick a man when he’s down”. From this arises the question “if you don’t kick him when he… 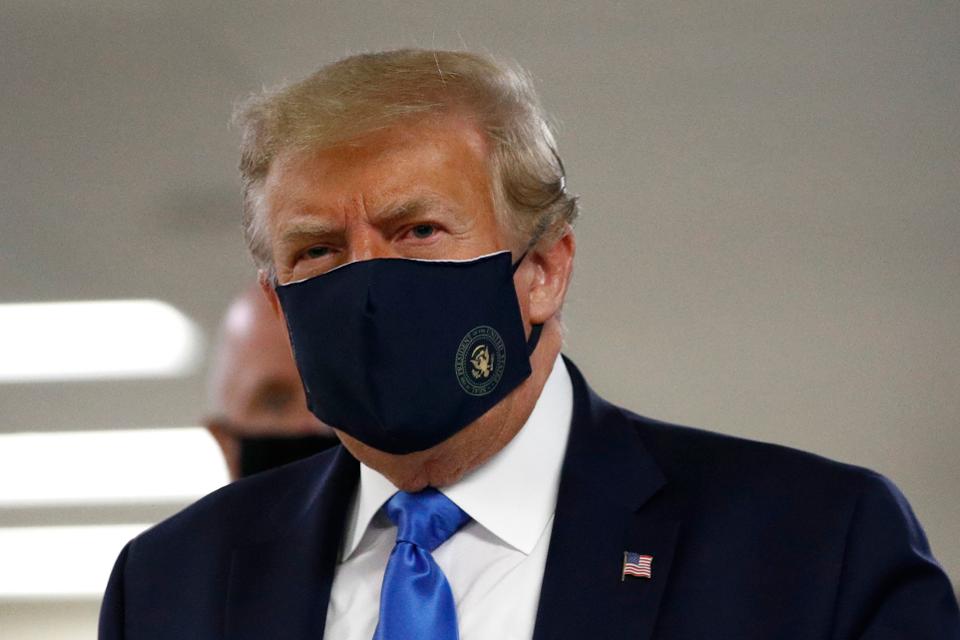 There is an adage, which says “don’t kick a man when he’s down”. From this arises the question “if you don’t kick him when he is down, is it when he’s back on his feet you should try?” Donald Trump the outgoing POTUS 45 (45th President of the United States of America) deserves any kick he’s currently receiving. In bygone days, American presidents seized the moral and intellectual high-ground. Those days ended with Trump’s emergence. His four years in office brought out the worst in America.

Previously, the US had held itself up as an example of an ideal society. The best of everything is available over there, but it comes at a price. Getting the money to be able to afford ostentatious luxury was known as the “American dream”. The pursuit of unbridled wealth became more important to Americans than trying to develop a fair and humane society.

Consequently, the “greatest democracy in the world” developed into an uncaring society of serial killers, regular schoolchildren shootings, rampant drug abuse, racial tensions, daily murders, police brutality, out of control open racism and very little in terms of social safety net. The richest nation in the world became home to some of the poorest most disadvantaged people! Clearly, Trump didn’t make America racist, he simply made racists feel comfortable enough to show their faces in public.

Trump, regrettably, showed the world that in today’s American character, telling the truth or being a good person no longer matters in leadership. His ignorance of world affairs was staggering, his incompetence devastating, his lying treacherous, his bragging embarrassing, and his ego laughable. There is no doubt that America’s sense of moral authority has been deeply (irreparably?) damaged by Trump’s presidency. Ronald Reagan, the greatest modern Republican President once said that the US was a beacon for those who sought freedom and democratic rights.

This long-disputed claim has been done lasting damage in the last four years. Although Trump pretends to support “Christian” beliefs and have empathy for the religion, the truth is that there is nothing Christ about him. He serially cheated on his three wives, paid prostitutes hush money, profited from gambling and fraud, doesn’t go to church and is unfamiliar with the Bible! His Presidency highlighted the hypocrisy of white Christians. They openly demonised and insulted Barrack Obama for eight years simply because he was a negro.

They assailed his character, without cause or evidence of any scandal. They never once suggested he had been placed there by their “God”, never offered public prayers for him and his family, never gave him the benefit of the doubt, never publicly thanked their “God” for his leadership, never prayed in tongues for him, and vilely opposed him at every turn.

Yet, when a morally bankrupt Donald Trump was elected, his depravity, extra-marital affairs, moral filth, serial bankruptcies, overt racism and superficial Christianity were easily forgiven because of the colour of his skin, not the content of his character. Trump exposed the fact that the American dream is a fallacy. Self-righteous “White Christian” nationalists who feel they own the land they developed through the genocide of the Native Americans and slavery of the blacks are not interested in justice and fairness. Trump ensured that the “American dream” for immigrants of colour is dead on arrival!  He failed in his re-election bid because he pampered only his electoral base, appointed his relations into public offices for which they were patently unqualified, insulted opposition leaders, and got away with legal but unethical practices.

Unfortunately for him, he was operating in America, not Nigeria! Undoubtedly, his ego got the better of him when he went as far as saying that nothing would happen if he shot someone in public!  He referred to those who protested against his support for racists as “rioters, looters and anarchists”.  As if that wasn’t bad enough, he also called the mainstream media “fake news”, initiated a Muslim ban, derogated African nations, caged Mexican children at the border, and praised neo-Nazis as “very fine people.

He was so full of himself that he believed all news is fake unless it’s flattering to him; everything is a hoax unless he tweets it; nepotism is bad unless it’s his family, and his appointees are “the best people” until he fires them! With absolutely no regard for patriotism or America’s international standing, Trump claims that irrespective of the will of the people, the only way he can lose is if the election is rigged. He was so uncontrollable in office despite good advice that he went through 4 Chiefs of Staff, 4 Press Secretaries and 4 National Security advisors in just 4 years! He was impeached, fired the FBI Director.

Early on in his presidency when asked why he was withdrawing from so many international treaties, Trump said he was the president of America not the president of the world. It was obvious at that point that he really had no clue as to what the job of POTUS (President of the United Stars of America) entails with regard to maintaining the nation’s leadership position in the world. It comes as no surprise that world leaders are quietly pleased over his electoral failure.

The US government regularly monitors elections worldwide and calls upon foreign governments to “show commitment to democratic processes and the rule of law”. The chaotic debates, Trump’s ugly campaigning and now refusal to accept the result show how little he really cares for the reputation of the US democratic system. It has been the habit for the losing candidate to graciously accept the result and call for unity to move the country forward.

Donald Trump has different ideas and seems prepared to do anything to remain in power. Perhaps even worse than Trump abdicating US world leadership, his divisive policies have brought America to the brink of widespread civil unrest. His tenure and subsequent rejection by the electorate has shown how important it is for both the US and the world at large for America to have a president with a sense of decency and humanity. The American style of democracy, which developing nations like Nigeria thought worthy of emulating, has been exposed as fallacious.

The American dream is a myth, The US is an uncaring society, which promotes crooked cleverness over kindness, compassion and gentleness. The real significance of the US 2020 presidential election result is that despite losing Trump got over 70 million votes. This means that in the year 2020 almost half of the American electorate are racists of varying levels, support police brutalisation of blacks, believe climate change isn’t real, do not condemn systemic racism, have no compassion for the poor and disadvantaged, believe character isn’t important in leadership, and serial lying by leaders is acceptable. Under Trump, “every man for himself” became the new American dream!