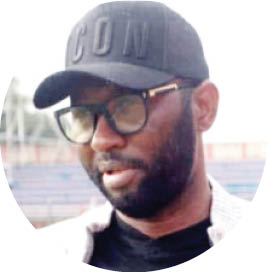 The days of Eddy Dombraye as Lobi Stars Technical Adviser may be numbered as the management of the club is said to have started the process to engage a more competent coach to replace the former Nigerian international.

This is not unconnected with the recent dismal performances of the former NPFL champions who are currently languishing in 14th place on the table with a paltry 19 points from 17 matches played so far.

It will be recalled that before their last result which was a 1-0 loss at Wikki Tourists in Bauchi, Lobi Stars were beaten 1-0 by Plateau United in the north-central derby decided at the Aper Aku stadium Makurdi.

Consequently, the vice-chairman of the club, Tama Aondofa, has come under heavy criticism by football stakeholders in Benue State who are calling for his head and he in turn is now willing to throw Dombraye under the bus.

A credible source has told Daily Trust that before the week runs out, the vice-chairman will be meeting with the Deputy Governor of Benue State, Engineer Benson Abounu who is also the chairman of the club to discuss the fate of the embattled technical adviser.

“The management of the club has made up its mind on Eddy Dombaraye. The vice-chairman, Tama Aondofa will meet with the Deputy Governor to seek his approval for a new coach to be hired.

“Right now, some qualified coaches who are indigenes of Benue State are being considered.

“And going by the performance of Lobi Stars in recent matches, I don’t think the deputy governor would object to the move by the vice-chairman to sack Dombraye,” said the source.