Dollar allocation to BDCs: A regulatory trial taken too far

By the stroke of the pen and of voice, the Central Bank of Nigeria (CBN) and its Monetary Policy Committee last week retracted the policy… 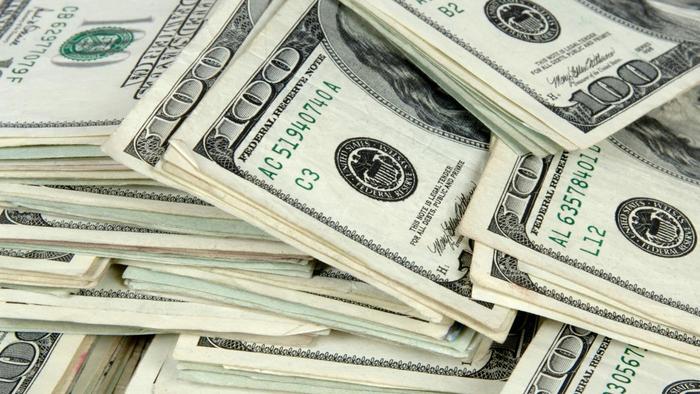 By the stroke of the pen and of voice, the Central Bank of Nigeria (CBN) and its Monetary Policy Committee last week retracted the policy of meeting retail demand for FX through the BDCs.

Without the abrogation of the sale of dollars to the bureau de change operators, the CBN faced a clear and manifest risk of having its authority and ability to manage the FX market undermined by a group it licensed and meant to regulate. But the regulator must take its share of the blame for an obvious regulatory lax or ineptitude.

Without the intervention (which was clearly belated), the BDCs would perhaps one day apply for a seat on the CBN Board or to be nominated on the MPC, as they have grown in importance and have become the jury that determines the fate of the Naira.

The group, for purely selfish reasons, was buying FX from the CBN at less than N400 and taking advantage of the speculative-induced surge in demand to sell at N500/USD or more. It has become so powerful that it believes it has to be consulted prior every single FX issue to be decided on.

A simple arithmetic shows the magnitude of the waste and corruption that the BDCs represented in Nigeria’s foreign exchange market.

Before the ban, CBN  sold $110m to BDCs every week at an official rate of N397/dollar. They would in turn sell the amount at about the rate of N500 to a dollar. Do the math, dear reader, and you will see that they raked in weekly approximately N55 billion from their sales, while spending just about N43.67b to procure this amount from our central bank.

This gives us a rough estimate of N11.33 billion as the profit that these foreign exchange hawkers, middlemen who contribute little or nothing to the production in the economy, rake in as profit every week. Imagine that they do this for a year or 52 weeks. You can quantify the mindless rent that these guys extract from the Nigerian public for doing absolutely little or nothing in terms of value addition to our economic system.

The group became so powerful that it would call a press conference and pontificate on what policies the central bank must pursue to achieve certain objectives or targets in the monetary sector.

On July 27, 2020, or thereabout, ABCON declared that reopening of the BDCs, which were then closed, among other measures, would crash the rise in the exchange rate.

“The immediate thing to be done to crash the rate is the reopening of the BDC window for school fees payments pending when the international Air travels resume,” Alhaji Aminu Gwadabe, ABCON’s president, told the News Agency of Nigeria on that day. Interestingly, that was exactly one year before the CBN sledgehammer came upon their operations.

He told NAN that the bureaus have always served as the “medium and bridge for the availability of liquidity in the retail end of the market”.  He went on to claim, according to the NAN story, that “the proximity of BDCs to genuine FX end-users ensured exchange rate stability in the market”.

These are self-serving claims that supported the group’s exploitation of Nigeria’s scarce foreign exchange for so long, with an apparent official acquiescence. It is hard to believe that the central bank waited for so long to halt the infractions by these operators. If that is the case, then it needs to improve on its surveillance and monitoring capacity of operators under its regulation.

The claim on liquidity by the group is at best scandalous. Liquidity is much more than the availability of cash or credit. Let him ask David Smick, author of The World is Curved: Hidden Dangers to the Global Economy.

“Perhaps the best metaphor to illustrate liquidity is the oil in an automobile engine. If the oil just collects in the bottom of the engine pan, even if there is plenty of oil, the engine seizes up. The oil needs to move freely throughout the engine,” Smick writes. The biggest challenge in Nigeria’s foreign exchange market is the “scarcity mentality” created by the system. This mentality is reinforced by the administrative allocation of resources that is itself fraught with abuses.

If the bureau de change operators are congratulating themselves for providing liquidity in Nigeria’ foreign exchange market, then they have to let Nigerians know at what cost to the system, and at what rent to themselves they are offering such a service. If they are providing liquidity at such a high premium, then what benefit does this liquidity give to the economy?

In this regard, the CBN must take a good proportion of the blame for the emergence of these super bureaus de change operators. While commentators have said that the central bank is operating a multiple exchange rate system, the regulator has always controverted this, claiming that what it is operating is rather different windows of accessibility to different segments of users. What does this mean in reality? What is the difference?

If different categories of users or buyers can access the same product (here FX) at different prices, that market segmentation is an obvious opportunity created for arbitrage, when there is clearly no foolproof means of stopping or preventing round-tripping.

What stops those who buy the product at lower prices from turning around to sell to others at slightly marked-up prices that will be attractive enough to those who would otherwise buy at a much higher price?

This is what has driven the operations of the BDCs, so much so that they have become emboldened to even venture further afield in their aspirations to control the forex market in Nigeria.

On April 19, 2021, just a few months before the CBN hammer came, the association celebrated what it tagged a significant milestone in its history: attainment of the one trillion-naira mark in market turnover and rolled out the drums to celebrate. That achievement, according to their president, signified their prime role in the economy.

While celebrating and patting each other on the back (it was an online event though), ABCON launched its expansionist programme. Having garnered the weekly $110 million allocation from the central bank, it had its eyes on another low-hanging fruit, out there for grabs: The Diaspora Remittances. Their president asked the central bank to make the BDCs Diaspora Remittances Pay Agents.

As is the case with other developing countries, Nigeria now enjoys a healthy inflow of foreign exchange earnings from its citizens in the Diaspora, an amount that is put at about $25 billion annually, with projections for growth. BDCs do not for any reason qualify for what they are asking in respect of the remittances

Let us get back to Smick: the real thing about liquidity is confidence. The CBN must in the new environment provide that confidence in the forex market. “When it is pared down to its essence, it may be that liquidity, when all is said and done, is not much more than confidence,” Smick declares.