Does age really matter in marriage?

For many, age is one of the deciding factors when it comes to marriage. It is not unusual to hear many ladies say they can’t… 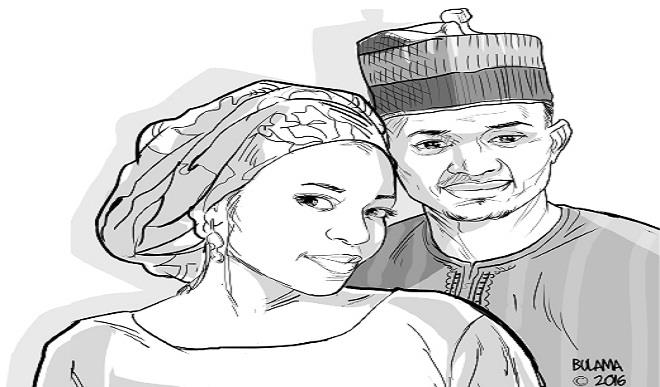 For many, age is one of the deciding factors when it comes to marriage. It is not unusual to hear many ladies say they can’t get married to a man five years older than they are while for others the thought of getting married to someone a year older is not a thought to consider. The question is: does age really matter when it comes to marriage? Please note that we are not referring to underage marriages but marriages between two adults of marriageable age.
Ada Enegide, a 37-year-old accountant, has this to say of her husband: “He is 15 years older than I am yet he brings me tea and massages me almost every night. He respects me and protects me from anyone and everyone, including his family. When I married my husband, people asked why I was getting married to my ancestor. Some even said I was getting married for the sake of money. We’ve been married for eight years and blessed with three children.”
She adds that: “Age is not the key thing in marriage. It’s the openness, transparency and love between us that matters and I can truthfully tell you that I am happy. So, for those who say age is a deciding factor in marriage I would advise they think again.”
Ada’s friend, Kike (not real name), speaking from experience feels not all cases are the same. “Ada is one of the few lucky women to find someone older than her who treats her right. Well, what works for Mr. A may not work for Mr. B. Ada is indeed blessed. My ex was 10 years older than me but what did I get? Violence, abuse and disrespect,” she stated.
“Truth is, some mature men have enjoyed life and when they’re ready to settle down, they settle well and treat their women like queens. Some may be mature and still be a boy or mama’s pet. So, the age thing varies as it may work for some and not for others,” Kike added.
Hajara Aminu, a 38-year-old communication consultant, agrees that: “Older husbands do love and respect their wives more than the younger ones, as I have seen with some marriages which include mine. I am married to a man who is 11 years older than I am and I am very happy and contented in the marriage. Age is not maturity.”
Hajara advises that: “As ladies, we should pray to God to give us the right man whether old or young. Some old men don’t know how to treat their women while some young men respect and care for their women. The bottom line is maturity on the side of both couples.”
Marriage counsellor Maryam Abdullahi notes that age is but a number. “Age shouldn’t be the defining factor for marriage. The most important thing is that there is love, understanding and maturity between partners. Notwithstanding the stories of older men being more mature, there are still young guys who love and respect their wives,” she said.
“I know of a wife whose husband is almost 20 years older than she is and yet treats her like trash, so it all depends on the maturity of individuals. There are also men who are young but behave maturely. A man is not in the age, but in the brain and the heart. Even if you marry a younger man, he can do same for you. Your man’s prowess is not because he’s 15 years older but because he’s an ideal man,” Maryam stressed.