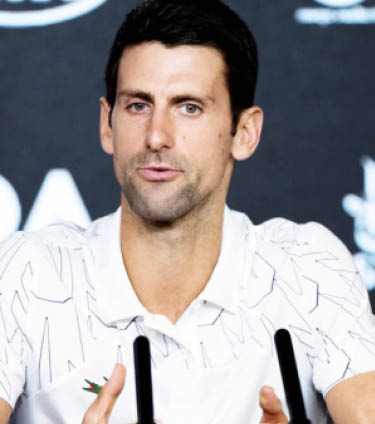 Novak Djokovic advanced to the championship match yesterday at the Astana Open after Daniil Medvedev retired from the pair’s semi-final clash at the end of a dramatic second-set tie-break due to a leg injury.

Medvedev’s retirement came moments after Djokovic had clinched a dramatic tie-break to level the match at 4-6, 7-6(6).

“I really hope that his injury is nothing too serious,” said Djokovic. “I know Daniil, he’s a great guy, he’s a fighter, he’s a big competitor. He wouldn’t retire a match if he didn’t feel that he [could] continue or [if it wouldn’t] worsen his injury. He told me that he pulled an adductor muscle in his leg.

“It was such a close match, particularly in the second set. I would probably say he was a better player on the court in both sets. I was fighting and trying to find a way. I found a way to win the second, but I’m just sad for the tournament and for these people who were enjoying the battle, and for Daniil that it had to end this way.”

Djokovic will now aim to seal back-to-back titles in today’s final against Stefanos Tsitsipas, who was a 4-6, 6-4, 6-3 winner against Andrey Rublev. The Serbian, who lifted his 89th tour-level crown in Tel Aviv last week, leads Tsitsipas 7-2 in their ATP Head2Head series.