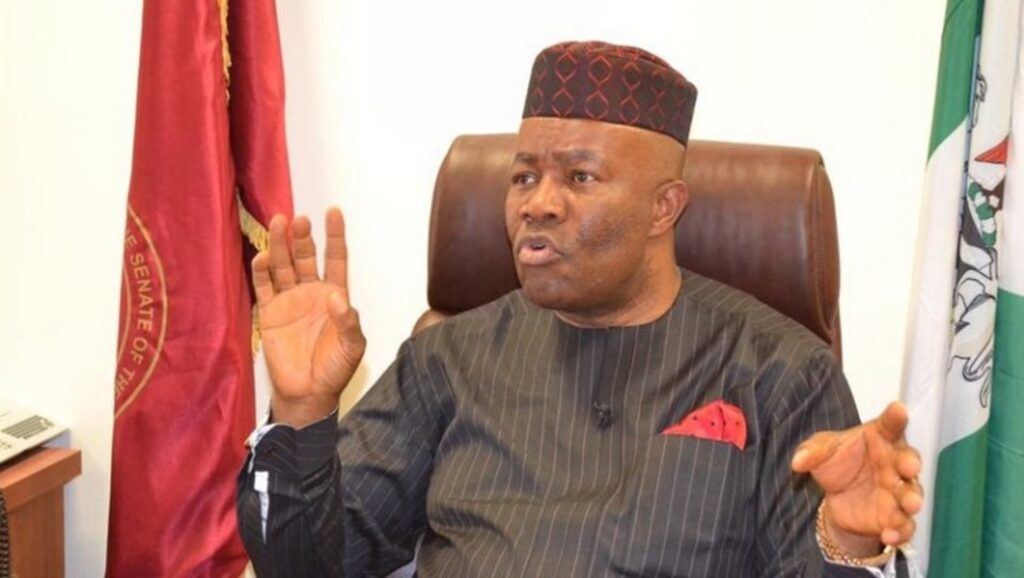 The All Progressives Congress (APC) senatorial candidate for Akwa Ibom North West Senatorial District, Godswill Akpabio and the APC governorship candidate in the state, Mr Akan Udofia, have vowed to appeal court judgments disqualifying them from the 2023 elections.

A Court of Appeal in Abuja had ordered INEC to delist Akpabio as the APC senatorial candidate for Akwa Ibom North West Senatorial District in the 2023 elections, saying the lower court erred in declaring him as the candidate for the position.

Also, the Federal High Court sitting in Uyo had nullified the APC primaries and held that Udofia was not qualified to contest for the governorship ticket of the party.

However both candidates have kicked against the court judgments.

In a press release he signed, Akpabio wondered why a ruling was made against him in a case he was not part of.

He said, “My attention has been drawn to the judgement delivered by the Court of Appeal Abuja Division, directing the INEC to delist my name from their list as the APC senatorial candidate for Akwa Ibom North West Senatorial District in the forthcoming 2023 elections.

“It is instructive to mention that I was not a party in the said Appeal though Orders were made against me and my interest.

“Whilst awaiting a copy of the said judgement to be made available to me and any other interested party, it is important to state that I am a Lawyer by training and a law abiding citizen of this country and I am bound by our laws and judgements emanating from our courts including the one under reference.

“I am aware that the Supreme Court of Nigeria has the final say in these matters. I therefore, strongly advise my supporters, APC members and all my constituents to remain calm and law abiding, as they continue their campaigns for the successes of the APC in Akwa Ibom North West Senatorial District, Akwa Ibom State and Nigeria at large.”

Udofia, in a press release signed by the Director-General, Akan Udofia Campaign, Chief Don Etim, said the ruling was a conspiracy against his candidacy, adding that it violated his right to association and fundamental human rights.

“Obong Akanimo Udofia remains undaunted and is optimistic that he will surely be on the ballot as Governorship Candidate of the APC and win the 22023rlections with the support of our people.

“There is no shadow of doubt over his candidacy. We have great confidence in our judiciary and will take immediate steps to appeal this judgement and recover the mandate freely conferred on him by the members of our great party.

“We urge all good people of Akwa Ibom State and teeming supporters to remain calm and go about their lawful duties and activities for our collective march towards a prosperous Akwa Ibom is still very much on course,” the sstatement read.