It was a display of the reach cultural heritage of Nembe people of Bayelsa State yesterday, when a renowned community leader, Chief Worikuma Lamek Efere,… 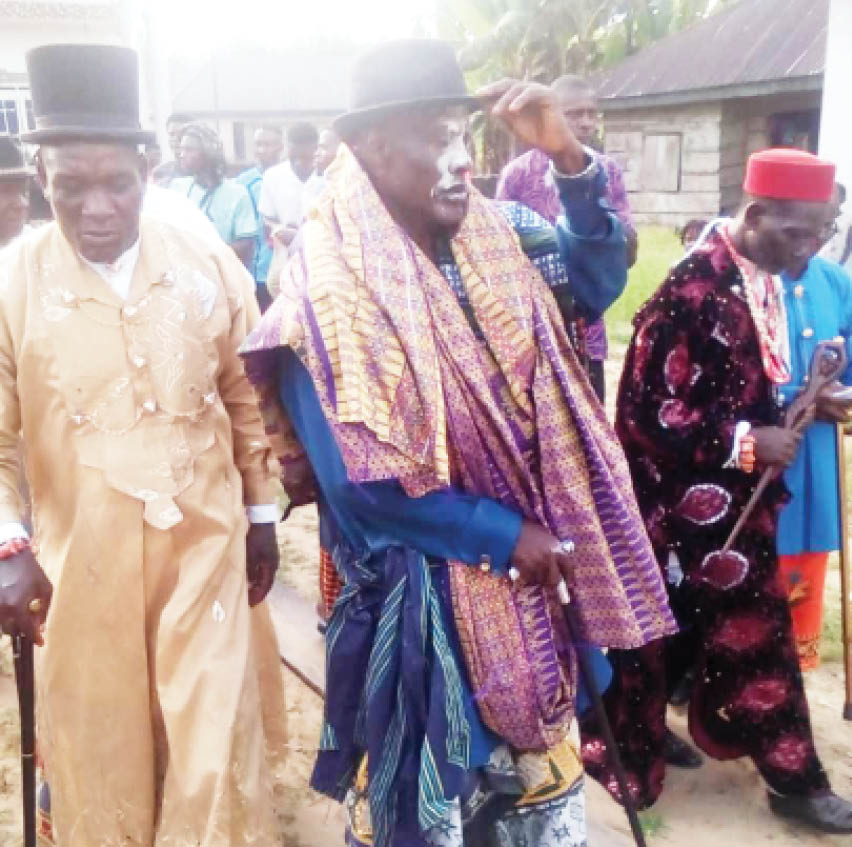 It was a display of the reach cultural heritage of Nembe people of Bayelsa State yesterday, when a renowned community leader, Chief Worikuma Lamek Efere, ascended the throne of his forebears, as the new Amayanabo and Ebulata ll of Eminama community, Okoroma clan in Nembe local government area.

Indigenes of the community, who spoke with Niger Delta Trust, said they were thankful to God for the peaceful installation of their king, contrary to what happens in some other places where such rites are always bedeviled with crisis.

Performing the traditional chalking according to Nembe tradition in installing a new king, the regent of Akipilai community, Chief (Engr) Puraziba Abam, who acted in the capacity of the eldest man of Aguolesi Royal Family, assisted by Elder Dick Akin and Chief Dennis Emina, prayed for long life, peace and a prosperous reign for the new Amanayabo and his subjects.

The traditional chalking of Chief Efere, the new Amayanabo was squealed to a unanimous resolution by Aguolesi Royal Family; comprising Okosi, Ebi and others quarters who are vested with the powers of installing a king.

Speaking during the ceremony, the head of Aguoleisi Royal Family, Chief Dennis Emina, expressed happiness that the chalking of the new king will bring unity, peace and understanding to them as a people.

He said the ceremony is a sign that more good things were coming to the community as the forebears who bequeathed the tradition of peace and orderliness were happy with the community.

Responding, the new Amayanabo of Eminama community, Chief Worikuma Lamek (Ebulata ll) promised to put his best in the service of his people, and ensure the sustenance of peace and development in the Eminama community.

While appealing to his subjects to continue to maintain peace and obey the constitutional authorities, the royal father said that his reign would attract more good things to the community.

Niger Delta Trust reports that after the traditional chalking ceremony, the new Amayanabo, Chief Worikuma Lamek Efere, walked round the community with Chiefs, elders, women, youth; alongside musical display from Egu Boys Ogele as part of traditional rites for the installation of a king.

Also, there were visits from recognised chiefs, elders and the good people of Eminama community to the palace of Amayanabo to felicitate with the newly chalked king before he observed the traditional solitary confinement rite which will keep him out of public for stipulated period.