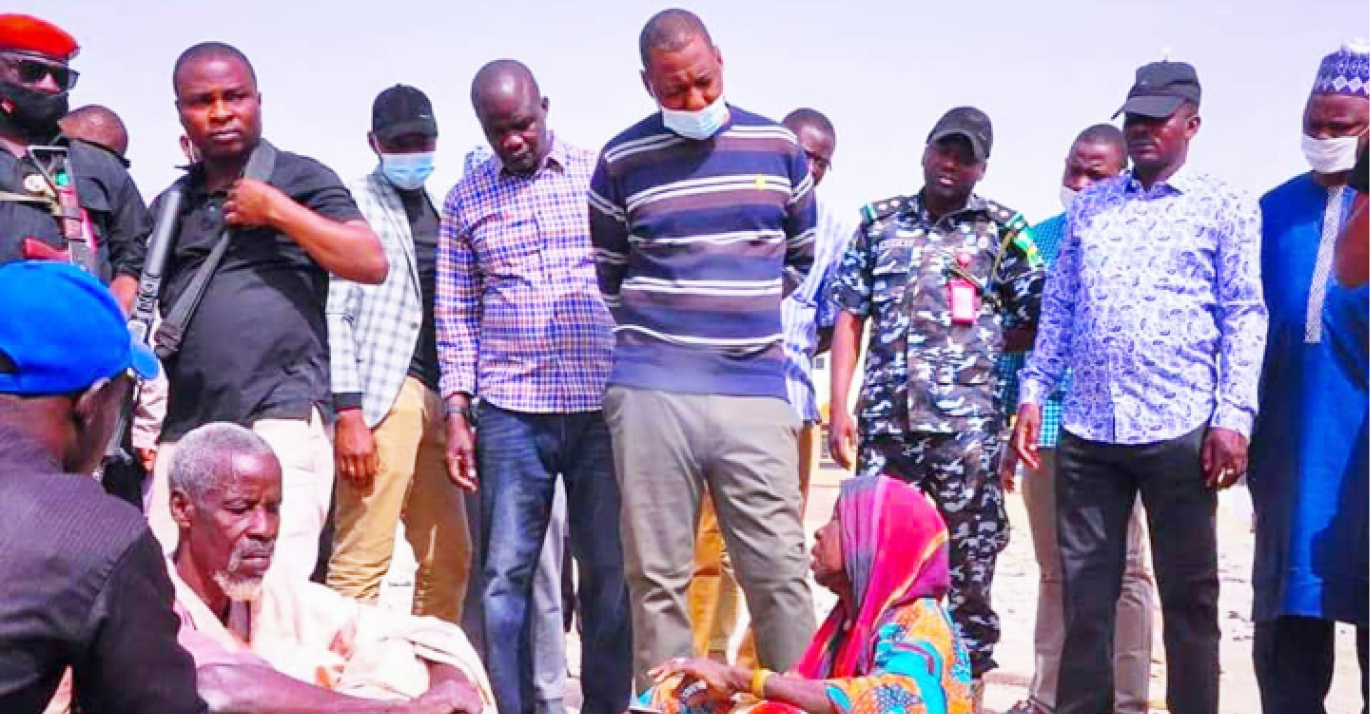 The people of Marte town, Borno State who were recently sacked by insurgents and sought refuge in neighbouring Dikwa town, about 38km away, have said they are ready to return home.

They had returned to Marte in December 2020 after spending more than seven years in different locations including Maiduguri and Monguno as displaced persons. There are many others still yet to return.

The insurgents were said to have mixed up with the returnees before they launched an assault on the army installations there, forcing the civilians including women and children to flee to Dikwa, 86 kilometers away from Maiduguri, the state capital.

“We resolved to leave Marte because we could not handle the fear and anxiety. While we were trekking to Dikwa, the insurgents accosted us and asked us to return but when we insisted were leaving so they told us to avoid some parts of the main road where they placed explosive devices,” a native of Marte, Babagana Bukar, said.

A middle-aged woman, who was among the hundreds of families that sought refuge in Dikwa after the attack, said “it was unfortunate that barely two months after people voluntarily returned to Marte to restart their normal lives, they were forced to leave their settlements again.

“We are predominantly farmers and we were making necessary preparations to clear the farms for the next planting season. In fact some people were about to start the dry season farming in which we cultivate tomato, onion and vegetables that are mostly sold to make some money, when the insurgents struck. We do not want to rely on handouts from charitable organisations; rather, we want to feed the nation.”

She appealed with government to facilitate their safe return to Marte.

Another displaced person, Saed Ibrahim, said people fled the town following the attack. But that many were ready to return if troops boosted the security situation. He said many displaced families from the area  were willing to return to their ancestral homes and live a normal life.

Ibrahim said, the insurgents have attacked Dikwa town where Marte returnees sought refuge but even then, “we want to return and stay at Marte because our living condition as displaced people is pitiable, though we get some humanitarian support.”

The insurgents were said to have been driven away by troops after spending a night at Dikwa where they burnt some public buildings including a hospital. The attackers reportedly kidnapped some humanitarian officials and looted valuable items.

In the same vein, people living in Dikwa, the host community, said they have returned to agriculture and that the previous farming season had been rewarding though there were some challenges.

In his late 60s, Lawal Mustapha said normalcy had returned to Dikwa before the recent attack and that farmers who planted cereals and vegetables in that cropping season had bumper harvests.

He said: “Those who planted food crops early, took their farm produce home in large quantities but there were people who planted late and suffered losses because of depredation by birds and farm produce theft.”

He said a number of businesses thrived in the Lake Chad area to the extent that cereal grains and animal skin were loaded onto trucks and transported to other parts of the country and to neighbouring countries from Borno.

Meanwhile, Governor Babagana Zulum has visited families that fled Marte attack now taking refuge in Dikwa where he sympathized with them and assured that extra troops and policemen would be drafted to help provide security in Marte.

He said those who were prepared to return to Marte would be given humanitarian support and that additional makeshift homes were being provided temporarily before houses were built for returnees.

He advised those returning to Marte to be resilient and patient as effort was on to also return their displaced relatives from Monguno to lift their confidence.

Governor Zulum said irrigation farming and efficiency would be improved in all the local government areas with the building of earth dams.