As Nigeria braces for the shocks of divestments of oil assets held by International Oil Companies (IOCs), there are mixed concerns that the decision could… 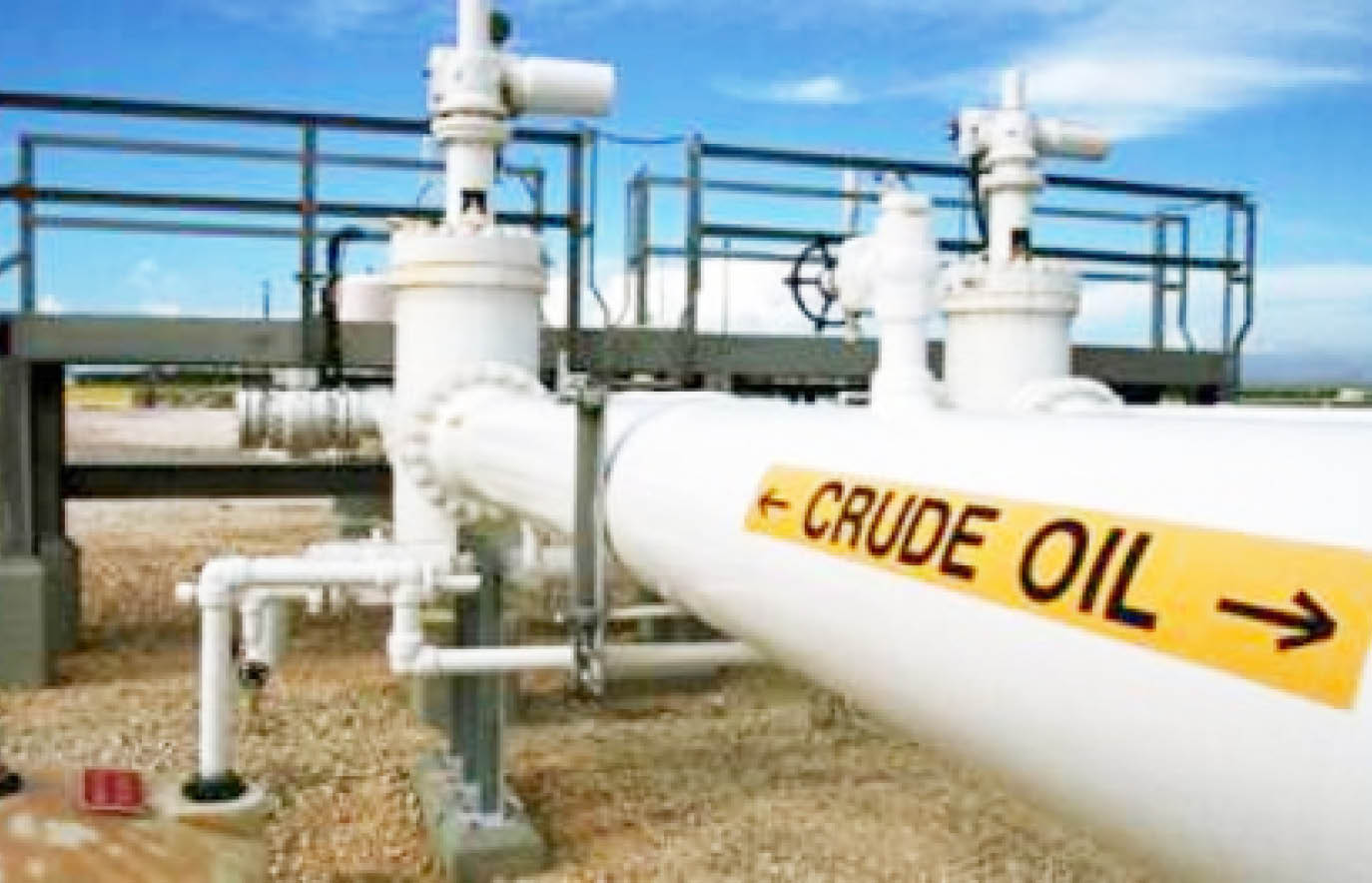 As Nigeria braces for the shocks of divestments of oil assets held by International Oil Companies (IOCs), there are mixed concerns that the decision could worsen oil exploration, or in a fit of hope, spur more exploration activities by indigenous companies.

Daily Trust on Sunday reports that though the current trends have reached an alarming level, divestments of assets started around 2010, about 12 years ago, as IOCs openly decried increasing sabotage, community crises, insecurity, oil theft and most recently a rising global withdrawal of financing for fossil fuel activities in solidarity for actions against climate change.

Several reports since 2021 had shown that some of the IOCs were in the process of divesting assets worth over N20.8 trillion. For instance, Shell plans to divest about $2.3bn in assets, Eni’s asset divestment is around $5bn and ExxonMobil would offload $15bn in assets.

More so, Rystad Energy, an international energy consulting firm, in its energy transition report, estimated that Total and ConocoPhillips would divest assets close to $27.5bn.

The five IOCs are major players who currently control over 45 per cent of Nigeria’s oil production assets.

Reports so far this year indicate that Total and Chevron plan to sell their shares in Oil Mining Lease (OML) 118 and the stakes they have in OML 82, OML 85, OML 86 and OML 88. Already, Seplat, an indigenous firm, is concluding a transaction to acquire a subsidiary of ExxonMobil for about $1.3bn, which will take a 40 per cent stake in four OMLs, including over 90 shallow-water and onshore platforms and 300 producing wells. However, this is met with a legal tussle with the Nigerian National Petroleum Company (NNPC) Ltd and the Akwa Ibom State Government, which hosts most of the assets.

AITEO, another Nigerian firm, is in court with Shell, seeking over $2.5bn compensation over the sale of OML29.

Also, in 2021, Eni and its partners divested its 5 per cent interest on an onshore asset—OML 17—which could yield over $2 billion.

Already, Nigeria is beginning to feel the heat of the divestments by the IOCs due to a lag in takeover and sustainability of operations by indigenous firms. The federal government recently admitted this as the petroleum minister (state), Timipre Sylva, noted that the speed at which the IOCs were leaving Nigeria was to blame for Nigeria not meeting its current 1.8 million barrels per day oil production quota assigned by the Organisation of the Petroleum Exporting Countries (OPEC).

Since November 2021, Nigeria could not meet its OPEC monthly quota of oil production as the figure dropped to between 1.3m and 1.4m barrels per day (bpd).

Speaking at Ceraweek, an energy ministers’ meeting in Houston, Texas, United States, Sylva said, “The rate at which investments were taken away was too fast. Lack of investment in the oil and gas sector contributed to Nigeria’s inability to meet OPEC quota. We are not able to get the needed investments to develop the sector, and that affected us.”

Although the entire reasons for the spree of divestments by IOCs may not have been entirely made public, the glaring signs include rising cases of oil theft and regulatory issues.

There is also the most significant hurdle of what some experts have described as a global gang-up against Africa and major fossil fuel-dependent economies in the pretext of actions against climate change or global warming.

At the Nigerian International Energy Summit’s (NIES) held in Abuja in March this year, oil and gas industry operators decried the divestments and a lack of fresh investments in the sector for over 10 years. And just recently, the Minister of State for Petroleum Resources, Sylva, at the unveiling of the new NNPC Ltd, said, “While the country was waiting for the Petroleum Industry Act (PIA) 2021 (for over 20 years), Nigeria’s oil and gas industry lost about $50bn worth of investments”.

According to a KPMG report, between 2015 and 2019, only four per cent of the $70bn investment inflows into Africa’s oil and gas industry came to Nigeria, even though the country is the continent’s biggest producer and the largest reserves.

Mr Sylva has also cited security challenges affecting the growth of the petroleum sector, as well as the discouragement of funding for the sector due to a concerted shift to renewable energy.

Also addressing the stoppage of funding for fossil fuel investments with huge implications for Africa, Sylva said Africa should be allowed to champion a gradual energy transition to meet the needs of the over 600million people who lack access to energy.

“We believe that gas is the way to go. It is the way forward and the one access to power,” he said.

On crude oil theft, government officials said it was a factor that had cut short oil production. NNPC Ltd reports show that Nigeria has lost 112m barrels of crude oil between 2020 (39.16m barrels) and 2021 (73m barrels), and is losing about 200,000 barrels per day this year.

Although OPEC gave Nigeria 1.753m bpd quota in May, Nigeria could not meet up due to the theft, as production was at 1.417m bpd. Just this week, OPEC and its allies slightly raised Nigeria’s oil production quota to 1.830m bpd for September from 1.826m bpd this month.

To tackle the oil theft hurdle, William Onuh, a biochemical engineer in Abuja, said only urgent actions from the government could curb the situation.

“It actually requires emergency action because for now, the oil fund is the livewire of the country, and if this sabotage continues, Nigeria is in danger.

“There is the need for more surveillance of oil wells, flow stations and pipelines, and if anyone is caught in the act, there should be stiffer penalties for such person and the sponsor to deter others,” Onuh said.

Experts are also worried about the shaky implementation of the PIA. According to an energy expert, Hassan Abdulrahman, an engineer, the PIA passage was a good initiative, but suspending a significant aspect of its implementation is a blow.

“How can you enact an act, and in just less than a month or two, you are amending, and shortly after, you are suspending the aspect of total deregulation of the downstream petroleum sector. This sends the wrong signal to investors at a time when Nigeria needs Foreign Direct Investments (FDI) in the industry,” he said.

The federal government suspended the total removal of petrol subsidy for 18 months and would spend N4trn in the 2022 fiscal year on subsidy, even as the NNPC Ltd has transited to a company and has become profit-oriented.

An Abuja-based oil and gas governance consultant, Henry Adigun, also raised concerns about how the PIA was enacted and the suspension of some of its clauses.

Adigun said the PIA was solely drafted by the NNPC before it was sent to the National Assembly as an executive bill, adding that the immediate amendment was not healthy for the petroleum industry, and it was causing foreign investors to divest their assets.

“When you amend a law immediately after you sign it, you send a wrong signal to investors,” Adigun noted

‘Divestment, a boost for Nigerian firms’

According to reports, in the past 11 years, IOCs have divested 26 OMLs, which are in the Niger Delta. An analysis of a Wood Mackenzie report reveals that there are 10 of such in Delta State, where there are known agitations, oil theft issues and pipeline vandalism. There are six in Rivers State, four in neigbhouring Bayelsa, one in Akwa Ibom and one in Edo State.

Lately, Trans-Niger Oil and Gas (TNOG) concluded to acquire OML 17 from Shell last year, just as Seplat is eyeing ExxonMobil assets in Akwa Ibom this year. There are other local firms like Sahara Energy, Oando, Conoil waiting to cash in on the divestment opportunities.

Reports noted five IOCs in Nigeria, which are SPDC (Shell), Total Energies, Chevron, ExxonMobil and Eni, controlling over 45 per cent of Nigeria’s oil production and 40 per cent gas stakes. There are 113 OMLs with 57 OMLs onshore and 56 OMLs offshore; and from these, the IOCs control a slightly higher percentage than the indigenous oil companies.

Just last month, the government moved to pave the way for more indigenous players in the oil industry. It closed the 57 marginal oilfield bid rounds by awarding Petroleum Prospecting Licences (PPL) to about 130 firms that are expected to develop the fields and begin to produce oil in about six years and obtain an OML for each field.

The Nigerian Upstream Petroleum Regulatory Commission (NUPRC) initiated the process in 2020 before bringing it to a close after two years. So far, Nigeria has issued 87 marginal oil fields in the last 23 years since 1999 when it began with the issuance of two licences.

Before the 57 PPL issuance this year, 30 have been awarded, with 17 of them producing oil. Since 201 when two were awarded, nothing of such was done again until last month when the NUPRC awarded the 57 licences.

Recently, Sylva, at the Nigerian Association of Petroleum Explorationists (NAPE) divestment workshop in Lagos, charged Indigenous Petroleum Producers Group (IPPG) to take over all assets being left by the IOCs.

He said, “The IPPG and other potential investors should, therefore, perceive the IOCs’ divestments in some of the upstream assets as opportunities rather than a threat, to become more involved in the development of the Nigerian upstream petroleum sector.”

“There is ample opportunity for profitable investments into the Nigerian petroleum industry, with its enormous oil and gas reserves of over 37billion barrels, and about 209 trillion cubic feet (TCF) respectively,” said Sylva, as he insisted that the PIA had cleared obstacles to investments and provides incentives.

The minister said IOCs divestment in Nigeria’s upstream oil and gas sector started since 2006 and increased in 2010, mainly due to the hostile environment arising from the menace of crude oil theft.

“This, without doubt, made some IOCs to re-balance their portfolios to take advantage of the incentives for offshore oil and gas development under the deep offshore and Inland Basin Production Sharing Contract Act and PIA, and to avoid host community issues related with onshore and shallow water leases and licenses,” he further said.