Director-General of UNESCO becomes candidate for next Secretary-General

Bulgaria has officially submitted the application of Irina Bokova, Director-General of UNESCO, as a candidate for the position of the next Secretary-General to Mogens Lykketoft,… 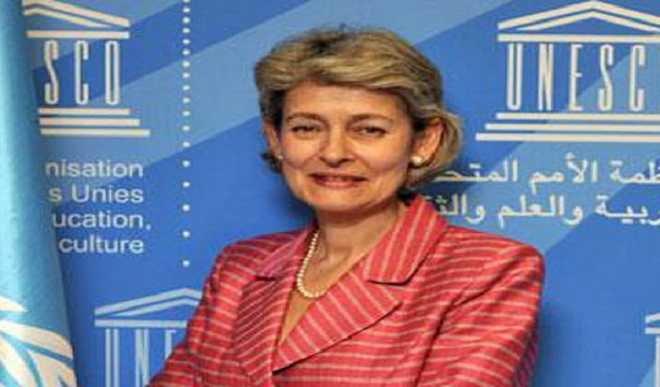 Bulgaria has officially submitted the application of Irina Bokova, Director-General of UNESCO, as a candidate for the position of the next Secretary-General to Mogens Lykketoft, President of the 70th session of the General Assembly.

The Spokesman of President Mogens Lykketoft, disclosed this on Friday in New York in a statement.

He added that this was because an election was due to be held in 2016 to determine the successor of Ban Ki-moon, whose term as the eighth UN Secretary-General would conclude on Dec. 31, 2016.

He said Bokova, born on July 12, 1952 in Bulgaria has been the Director-General of the United Nations Educational, Scientific and Cultural Organization (UNESCO) since 2009, and was re-elected for a second term in 2013.

She was the first woman and the first Eastern European to lead the Organization.

The spokesman, however, said besides Bokova, there are four more candidates so far, namely Srgjan Kerim from former Yugoslav Republic of Macedonia, Vesna Pusic from Republic of Croatia, Igor Luksic from Montenegro and Danilo Turk from Slovenia.

He said Lykketoft has expressed commitment to running his Presidency in the most open and transparent manner possible as it also applied to the process of selecting and appointing the next UN Secretary-General.

He said the Presidents of the General Assembly and of the Security Council would jointly circulate to all member states the names of individuals that have been submitted for consideration.

According to the UN charter, the Secretary-General shall be appointed by the General Assembly upon the recommendation of the Security Council. (Xinhua/NAN)