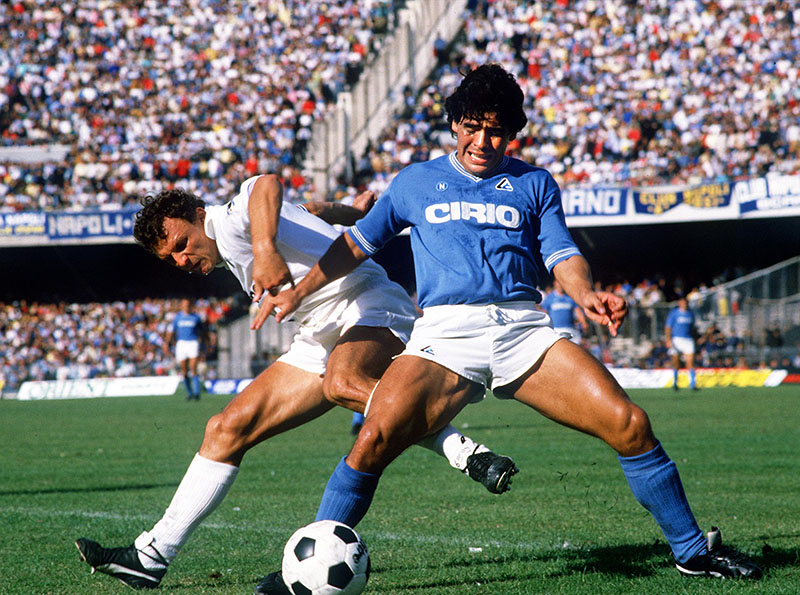 Diego Armando Maradona, the Argentinian football legend, was buried penultimate Thursday in Buenos Aires, amidst tears, football chants and tributes. Only family members and close friends were permitted at the cemetery.

The small private burial ceremony was a stark contrast to the chaotic scenes as fans waving national flags gathered along the route as Maradona’s funeral car drove by under heavy security, many trying to touch the vehicle whenever it was stopped by traffic.

Argentina came to almost a standstill, gazing to the Casa Rosada Presidential Palace where thousands queued up to file, slowly, reverently, past the iconic footballer’s wooden coffin draped with Argentinian blue-and-white national flag and stripped with the No 10. Fans threw flowers, football shirts and rosaries on to the coffin.

Tens of thousands of weeping fans, eager to pay their respects, shed tears and sobbed as his body lay in state. Among the lamentations, football chants rang out, chief among them: “¡Olé, olé, olé, olé, Die-go! Die-go!”

Argentina’s President, Alberto Fernández, declared three days of national mourning, saying: “He was someone who touched the sky with his hands but never took his feet off the ground.”

Major athletes and world leaders, including Pope Francis, paid tribute. Fans from Naples and around the world mourned his passing.

Born October 30, 1960, Maradona made his football debut for Argentinos Juniors, just before his 16th birthday. His first cap for Argentina was February 1977 in the 5-1 win against Hungary.

His first goal for Argentina came in a 3-1 win over Scotland at Hampden Park, Glasgow in 1979. On September 7, 1979, Maradona was in the winning Tokyo World Youth Championship team where he scored the third goal as Argentina beat Soviet Union 3-1 in the finals.

On June 13, 1982, now a Boca Juniors player, he played in the Spain World Cup match where Argentina lost 1-0 to Belgium in the opening game. After the tournament, Maradona joined Barcelona. Two years later, he signed for Napoli for a world-record fee at the time.

On June 22, 1986, Maradona, scored his two legendary goals against England in the Mexico World Cup quarter-final, the “Hand of God” and then his stunning high-speed slalom that was later named “Goal of the Century” by FIFA. Argentina went on to win the trophy, beating West Germany 3-2 in the final.

On July 8, 1990, he captained Argentina to a 1-0 defeat against West Germany in the Rome World Cup final and on June 25, 1994, he also captained Argentina to the 2-1 win over Nigeria at the U.S. World Cup. Immediately after the match, he tested positive for ephedrine and was suspended from football for 15 months. Before then, he had served a 15-month suspension from football for cocaine use in his Napoli days.

He retired from playing football in 1997. In 2005, he underwent gastric bypass surgery. He later became the coach of Argentina, leading them to the 2010 World Cup in South Africa, but were eliminated in the quarter-finals by Germany.

On November 3, 2020, he underwent brain surgery over a blood clot but died of a heart attack on Wednesday in the Buenos Aires suburbs while recuperating.

This football genius was also devastated by drugs, such that he had difficulties walking just as he struggled to talk. But synonymous with football, Maradona had no flaws and evoked an emotional power that always gripped his country.

His football magic, not the life he lived, made him great as he subjected football to his will, mesmerised opponents with it and curried favour from referees with his body language, footwork and gesticulations.

Maradona’s highest moment as football genius was the day he defeated England at the 1986 World Cup. He was sagacious, cunning, astute, shrewd, artful, crafty, deceitful and tricky while displaying beauty, creativity, pride and bravery. May his soul rest in perfect peace.