To appreciate the state of Africa’s tech ecosystem and the promise it holds, you will definitely have to look beyond the $1.2billion that flowed into… 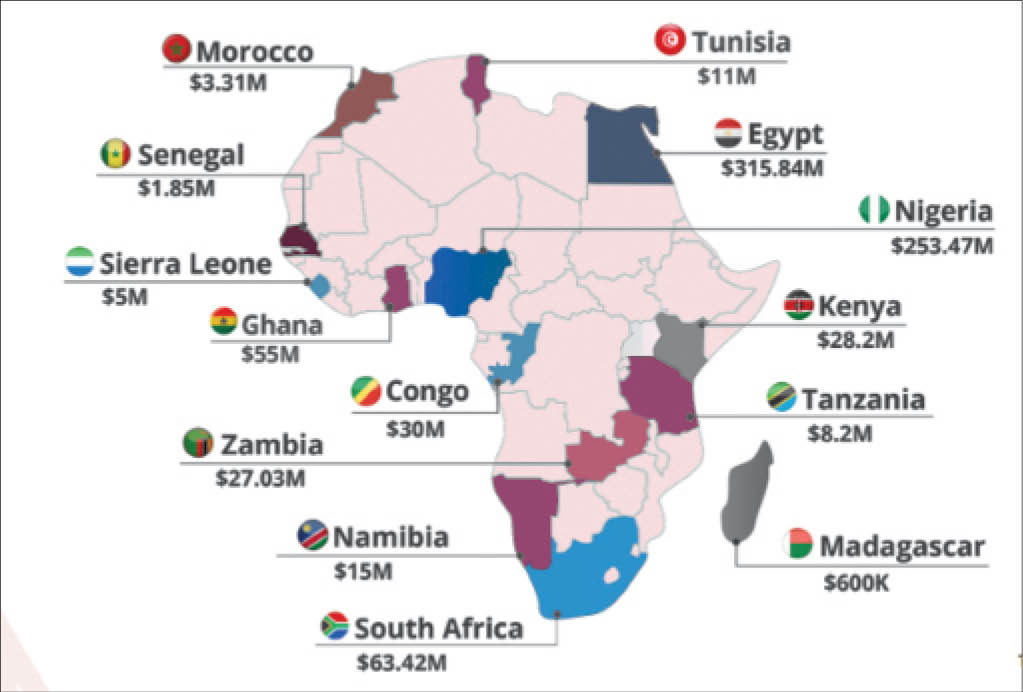 To appreciate the state of Africa’s tech ecosystem and the promise it holds, you will definitely have to look beyond the $1.2billion that flowed into both startups and established technology-based companies in the region over the second quarter of the year. That amount was a decline from the $1.5bn direct investment into this booming segment of the market in the first quarter.

That marginal decline in investment masks the robust activities taking place within and across African countries, foreshadowing a strong tech sector a couple of years down the road.

From Nigeria to Egypt, Kenya to Ghana and across the continent, mergers, takeovers and combinations are taking place as investors continue to take strategic stakes in tech-based entities, especially fintechs, a reflection of the strong optimism in preparation for the disruptive capabilities of these fast-growing tech startups in the near future.

According to a report, ‘The State of Tech in Africa: A Q2 2022 Report” by Tech Cabal Insights, the continent’s tech sector is experiencing a new dynamism that can only point toward growth.

The amounts raised by the companies came at various funding stages, covering the entire gamut from Pre-Seed, through Seed, Pre-Series A, Series A, B, C, and D stages. Just to explain, Pre-seed funding is the earliest phase or stage of funding for a new company. This is followed by the Seed phase, which, similar to seed planting, is considered the first stage at which a company raises capital. It is also at this stage that Angel investors are said to come in to invest in startups.

Series A funding stage comes where a startup has shown some measure of progress, including validating its business model and showing signs of growth potential and ability to generate revenue. This usually comes after Angel investors have stepped in.

This indicates there is no dearth of ideas in Africa’s tech space, which in itself is a sure way to guarantee a continuing supply of innovation across various sectors. It also shows the growing interest of venture capitalists, who are a special breed of risk takers, or investors known for their readiness to stake resources on an idea or project once they can put a handle on the risk profile.

On the whole, there were 180 deals in the quarter, with four of them being mega deals – that is, each was at least $100 million in size.

The funds raised span across companies at different growth stages, including those at the ideation stage and those that are established but seeking escalator capital.  The firms received different amounts in line with investors’ appetite for each idea and comfort with the execution capacity of the founders/proprietors.

There were 12 acquisitions in the tech space within the second quarter, taking the total in the first half to 26, according to the report. Twenty-six of such acquisitions were deals between African startups, such as the one above.

Besides the acquisition enumerated above, other players adopted a head-on approach to entering new markets. As the report stated, “African startups have no favourite expansion destination, making expansion data largely distributed.”

The result is a maze of cross-country investments as companies explore opportunities in each other’s homeland. For instance, a Nigerian fintech, Grey, expanded its operations into Kenya.  Just the same way another Nigerian company, GetEquity, expanded to the East African country.

And in what could easily be counted as a contra flow, a Kenyan healthtech called Maisha Meds, extended its services into Nigeria. In the same way, KYANDA, a fintech company from Kenya, expanded to South Africa, from where another company, SweepSouth, a ServiceTech, expanded into Nigeria.

This continent-wide investment flows and portfolio distributions portray a mezzanine of opportunities, with the players pitching their tents where their risk appetites permit them. They present a continent with well-distributed opportunities, now being unearthed by innovation and ideation after years of obscurity. There is no one sub-region that has a monopoly of opportunities; what is needed – and already playing out – is a collaborative effort to unearth them.

Consider this triangular acquisition: Lamma, a Tunisian last-mile delivery startup in December 2021 acquired Moroccan Farm Trust. By June 2022, Lamma was acquired by Egypt’s Appetito, so Appetito now has a presence in Egypt, Tunisia, and Morocco.

The report also presents a continent-wide panorama of policy issues in the tech space, reflecting up-to-date trends across countries with regard to what governments are doing to regulate, control or stimulate activities in the space.

In the Central African Republic, the government, in April, legalised bitcoin and other forms of cryptocurrency as a means of exchange, thus becoming the first African and the second in the world after El Salvador, to adopt cryptocurrency.

The cryptocurrency policy in CAR is being handled under what has come to be known as “Project Sango,” which will lead to the creation of a “crypto-economic zone”. Here, all transactions conducted in bitcoin and other cryptocurrencies will be given tax-free status.

In contrast to what is happening in the CAR, the Bank of Uganda, the country’s central bank, in the same April, reiterated its prohibition of cryptocurrency exchange and digital currency in the country.

In a statement, the central bank said that “all licensed entities under the National Payment Systems Act, 2020 were to desist from facilitating cryptocurrency transactions. Bank of Uganda shall not hesitate to invoke its powers under section 13(l) (b) & (f) of the NPS Act, 2020 for any licensees that would be found in breach of the above directive.”

But in Kenya, it was a victory for tech workers after President Uhuru Kenyatta withheld assent to a bill that seeks to regulate workers in the industry.

Among others, the bill, known as the ‘ICT Practitioner Bill’, provides that tech practitioners must go through a “practicum”, which, as explained in the bill, means “an ongoing, supervised and organised practical experience or internship” that leads to an award of a diploma or degree.

According to Tech Cabal, ‘This means people who want to work in tech must now do so by first going through a registered educational institution in Kenya. They will also be provided licences, which are to be renewed annually.”

“The bill will directly affect the number of Kenyan tech workers as the low barrier to entry – the ability to get a job by simply having some digital skills, access to a laptop and internet – will be eroded.”

Kenya is referred to as Africa’s “Silicon Savannah” due to its thriving tech ecosystem. Visa started a new innovation studio in Nairobi recently.

Also in Kenya, a proposed 20 per cent tax on digital lenders in the country is certain to add to the interest rates being charged currently as high as 17 per cent to 19 per cent. A bill to this effect was sent to the parliament in June.