Incidents of land racketeering abound in Markurdi, the Benue State capital, due largely to the inability of the state government to digitise land administration. However,… 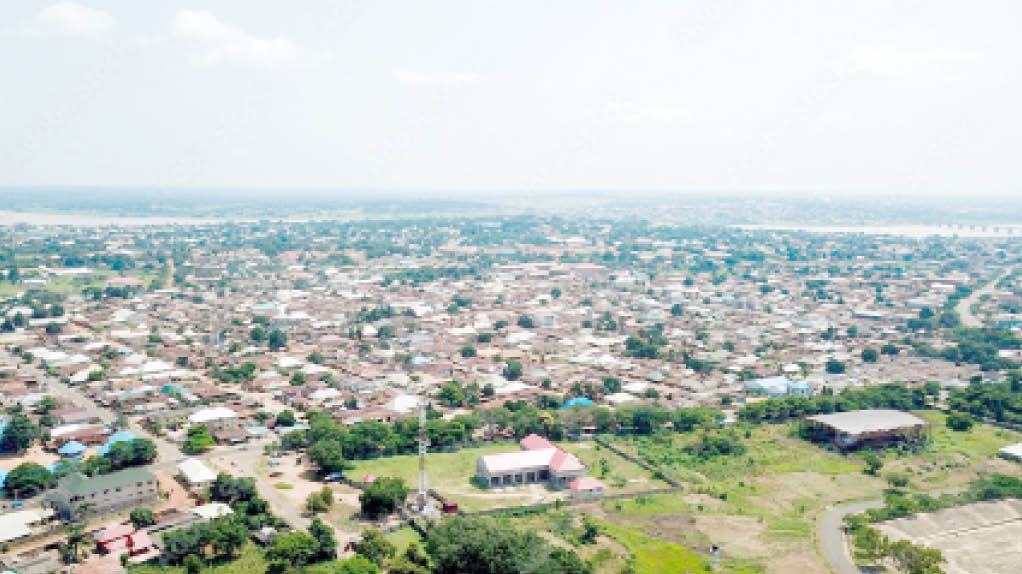 Incidents of land racketeering abound in Markurdi, the Benue State capital, due largely to the inability of the state government to digitise land administration. However, the property market, which land is an integral part of, keeps thriving.

Kate Bobby recently sold a piece of land bought four years ago thrice its original price at Adeke community in Makurdi, noting that the land had been put up for sale for over a year before a buyer came.

She explained that before the buyer came, the land was underpriced to the point she gave up ever selling it, but that the week the state government donated a parcel of land to the Federal Housing Authority (FHA) in the area for an estate, people started to look for available property around the vicinity.

Bobby said, “So, that was when the interested buyer of my property came along and paid thrice the price I had earlier wanted to sell.

“I bought the property four years earlier before the need to resell it arose. The reason being my transfer to another state. So for more than one year people kept underpricing the land.”

Daily Trust learnt that apart from Bobby’s experience, land prices and rent have gone up in recent times in Makurdi.

An estate valuer, Joe Nelson, a principal consultant at J. Nelson and Associates in Makurdi, told our correspondent however that the value of land was moving at a snail’s speed.

Nelson said, “I wouldn’t say land value is on the rise, because it moves at a snail’s pace in Benue State, especially in the state capital, Makurdi. I bought a land about five years ago at N1.5m and now they are offering me N2m. That’s meagre. What gives rise to value is government activities.

“The value or rise of property does not lie within the land itself, but on government activities or human beings. Assuming they create a new road or there is a flyover, that will attract value. For instance, a bank is coming to this JS Tarka Way. I priced a property for N500,000, but when I went back within a month it jumped to N2.5m, and the bank has not even come.

“A woman who has a kiosk in the area and wanted to leave because she complained about low patronage, suddenly she doesn’t want to go again. She heard rumours about a bank coming over, instead she improved on her shop. So it’s government activities that add value to land, otherwise it moves at a snail’s pace. Also, location plays a role. Infrastructures matters – if you do a road in the bush, install electricity and water, even a market woman will buy land and build there.”

He further said the price of land in the area was now five times what it used to be, noting that a similar development was taking place on Naka Road; where human effort of an average Benue man who struggled to develop his own house had shot up land value in the area as compared to other suburbs of Makurdi.

The estate valuer added that, “Office and house rents in Makurdi haven’t gone up and haven’t slumped because of paucity of funds. But, the high cost of rent in recent times could be traceable to developers from outside the state who come in to build with ideas from Abuja to rip off the people.

“They will provide amenities not easily found in other houses, and that’s why the rent will be high because we still have lots of houses in Makurdi with no access to tap water, not to talk of boreholes. So when these developers come from elsewhere, they will provide all those things, some even furnish the houses, so the rents are be higher than others.

“I must admit that such houses are however too high for an environment like Makurdi considering the economic indices. The developers, however, want to make money from their investments; having replicated what we have in places like Abuja and Lagos in Makurdi.”

Now, a very serious inflation is being experience in Makurdi as the cost of everything has risen except land which is still moving at a slow pace.

A landlord in Makurdi said, “The sudden increase in rents in Makurdi can be attributed to the rise in the cost of things. For me, I have not increased rent for sitting tenants. I will wait for an empty house, then rip off. So when the sitting tenants sees that his neigbour is paying 50 per cent higher for the same apartment he is occupying, that would make him to pay his rent as at when due, and that’s how property value takes its effect. Once you have an empty house, you can ask for the sky. Scarcity can also be fingered for the rising in value because people want to stay in choice areas where the property are scarce.”

He further said government could provide infrastructure, and that once that was done, individuals would develop the lands themselves, noting that people were forced to stay where they were because where they had lands there were no roads, no light or water.

While he recalled that three years ago when he went to buy land around the modern market, the owner said it was N800,000 and he begged him for N500,000, adding that the owner was considering it because they didn’t reach a conclusion as he was asked to come back the following day.

He said, “It was two days later that I went back and I saw that the government was trying to clear the road, so I quickly called the man’s phone number; that I wanted to see him, but he had sold the land for N1.6m, doubling the amount we were earlier negotiating for. This was because they saw that a road was coming to the area and there was sudden pressure from buyers.

“That’s what infrastructure can do. We have advised government against being involved in housing, but they can provide infrastructure/amenities, not just to allocate plot to individuals who cannot go there. That’s why the value stock on the market is always on the rise because we have big investors who are not located in Makurdi but they would stay outside and size the market and they would come and provide it and ask for more.”

Meanwhile, the state’s Commissioner for Lands, Survey and Solid Minerals, Benard Unenge, while answering questions from newsmen in Makurdi, said, “The ICT building is going on and progressing fast to completion and the digitisation of existing files is also at an advanced stage and the production of digital C of O is ongoing.

“So I can tell you that we are doing pretty well because funds for this project have been provided by the governor. We have no cause to give an excuse for not working. We are working, the consultant is working tirelessly to ensure that this project is delivered as planned and expected.

“As you already know, this digitisation process is part of the ongoing effort for curbing land racketeering in the state, because by the time we complete digitisation process, it will be difficult for people to go and tamper with an existing property that has already been captured on the system.

“This is because once you tamper with it, it can easily be traced and that will bring to the barest minimum the issues of land dispute, land racketeering and all forms of illegal land activities. So this digitisation process is going to really help in controlling issues associated with land administration.”