an official letter was presented to the monarch. 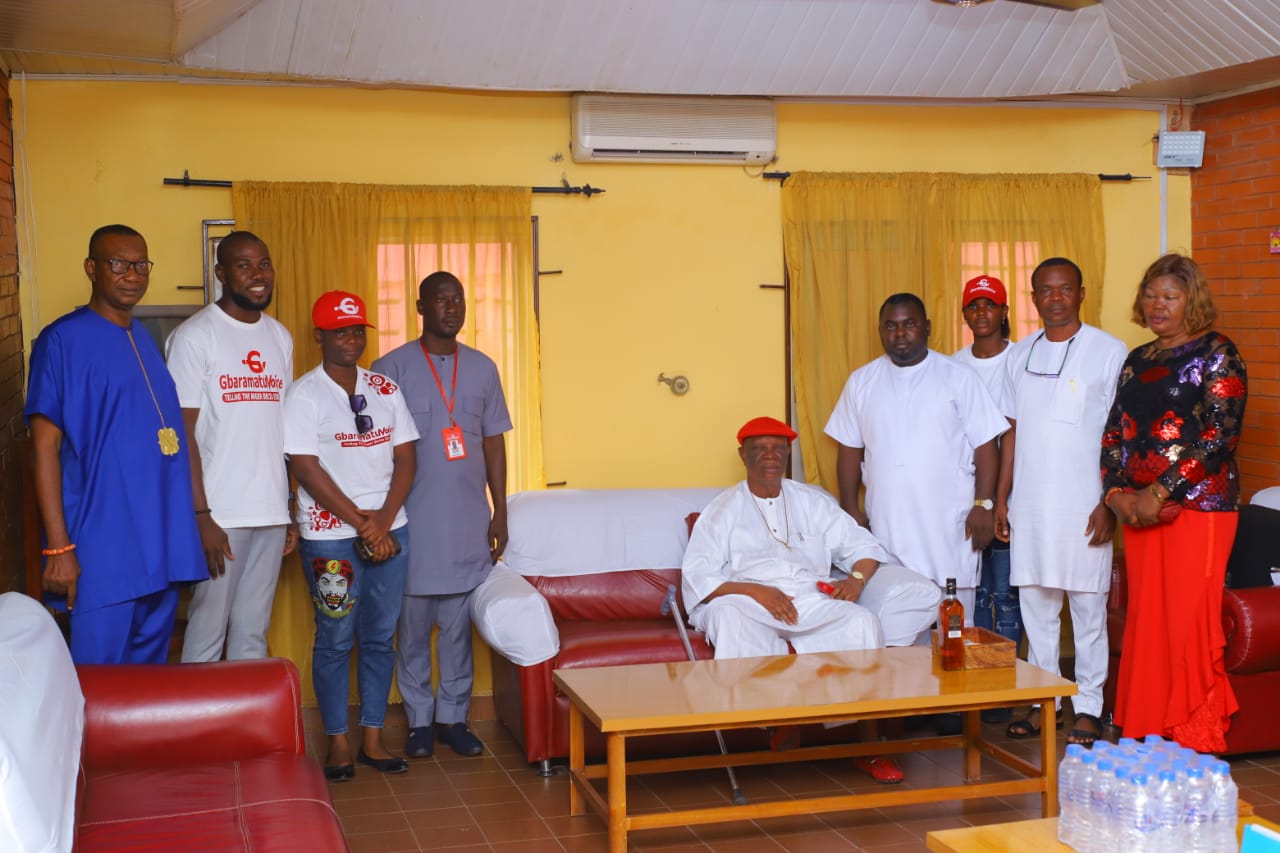 King Efezomor II, who is also the Chairman of Delta State Council of Traditional Rulers, asserted this when the GbaramatuVoice team led by its Publisher/CEO, Jacob Abai, paid him a courtesy visit at his Palace in Owa-Oyibu.

During the visit, which was in relation to the programme, an official letter was presented to the monarch.

The monarch said: “Ladies and gentlemen it is my honor and privilege to receive the powerful delegation from this highly organized forum the GbaramatuVoice, voice for the people.

“The king himself (Pere of Gbaramatu Kingdom) is a gentleman of great respect since he visited here (Owa) couple of years now. We have spoken in the line of peace building, economic progression and that remains the promise of our association.

“I see a large number of ladies and gentlemen in the press world. That is very encouraging because I too being a veteran journalist I know what it takes to run a newspaper/magazine.

“The journey of journalism involves entertainment, education, and publicity. These are critical aspect of human generally. I’d like to welcome you people and encourage you to work hard.

“Your job may not be recognized too early/easily for now, particularly when we are in an environment where everyone is looking for money, but when you get involved in reading and writing, you are creating knowledge bank, made from time to time you can fall back to it. You lift information instrument that can lead to a greater tomorrow.

“I welcome this development. People who are conscious of what is involved in the preservation of culture, preservation of knowledge and promotion of knowledge. It shows that they are people who are conscious of what it takes to avoid crime, because as soon as it goes into record it continues to be managed and it produces itself. So it creates a level of consciousness.

“I thank you to be involved in this exercise and I pray that God will continue to give you the wherewithal.”

The Monarch, who promised to do justice to the content of GbaramatuVoice letter and invitation, noted that Tompolo has gone to the world of tactical revolution, to improve a lot of others who represent those who cannot represent themselves.

“To speak when others have decided to keep mute and to take necessary punishment and the pains of others. People like that are not easy to come by, because you just find people who want to be happy, who want to dress all out to the gallery, who want to be everywhere enjoying the good things of life. Plus such persons are somewhere serving as watchdog for the masses.

“So I appreciate Tompolo’s effort and I pray that God will reward him at the appropriate time.”

The former president of Nigeria, Dr. Goodluck Ebele Jonathan, GCFR, who unveiled the branded T-shirts and caps for the event, will deliver a keynote address and Vice President of the Federal Republic of Nigeria, Prof. Yemi Osinbanjo, will be the Special Guest of Honour.

However, Dr. Ifeanyi Okowa, Governor of Delta State will function as Chairman of the Occasion; Senator Douye Diri, Governor of Bayelsa State, the host; while  Mr. Babajide Sanwo-Olu, Governor of Lagos State, will be the Chief Host.