Delta Government, on Monday, formally handed over the Asaba International Airport to the management of Asaba Airport Company which emerged victorious during the concessioning of… 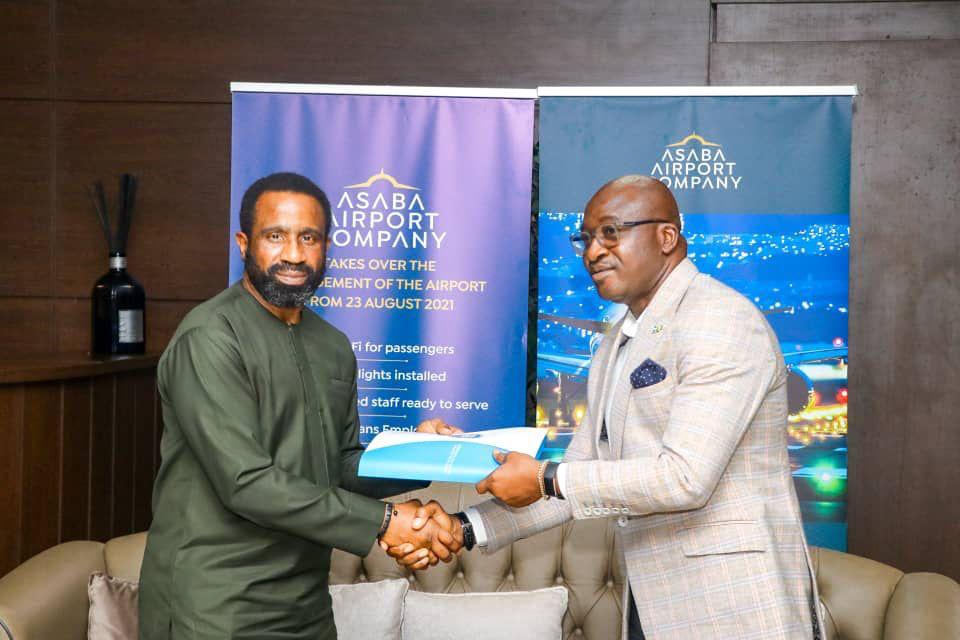 Delta Government, on Monday, formally handed over the Asaba International Airport to the management of Asaba Airport Company which emerged victorious during the concessioning of the airport.

The Asaba International Airport was concessioned to Asaba Airport Company on February 23, after a competitive bidding process.

Handing over the airport to Asaba Airport Company on behalf of the state government, Secretary to the State Government (SSG), Chief Patrick Ukah said the transition period which started on February 23, has now ended following the formal handing over of the airport to the concessionaire.

Chief Ukah disclosed that from now on, the government of Delta State will withdraw from the day to day management of the airport which the state government has, by the handing over ceremony, transferred to Asaba Airport Company.

“From today on, the government of Delta State will withdraw from the day to day management of the airport which we are by this ceremony, transferring to Asaba Airport Company headed by Mr. Bisi Adebutu and his team.

“From tomorrow, you will begin to see changes in the airport and l think that this is a model that a lot of people in Nigeria, different state governments and in fact, the federal government is also trying to study,” he said.

While saying that the concessioning of the airport to the company was the beginning of a fantastic relationship that will benefit the state, the people and the concessionaire, he assured the state government that they will not betray the confidence reposed in them.

“We have started making changes already and we have also enjoyed the support of the state government even in the things that need to be done. So, I think this is the start of a fantastic relationship where the state will benefit, the people will benefit and we will benefit.

“We will not disappoint you. In the next few weeks and months, you will start to see the things that we have planned coming to effect and those changes start to manifest by the grace of God,” he said.