Usmanu Danfodiyo University Sokoto, UDUS, on Friday held its matriculation ceremony for 4,950 registered students, with a call to them to develop themselves into patriotic… 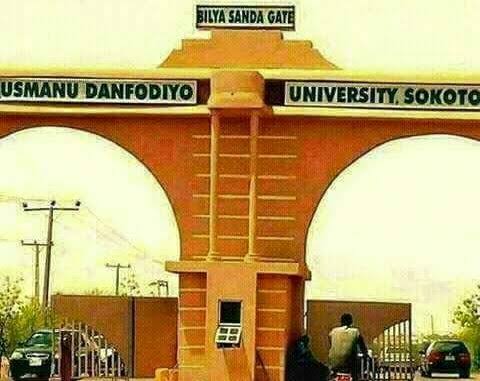 Usmanu Danfodiyo University Sokoto, UDUS, on Friday held its matriculation ceremony for 4,950 registered students, with a call to them to develop themselves into patriotic citizens of Nigeria and bear in mind that the future of the country is in their hands.

Speaking at the ceremony, Vice Chancellor of the university, Professor Abdullahi Abdu Zuru, said the 4,950 was out of a total JAMB approved quota of 5,847, representing 84.66 percent utilization of quota.

“Analysis of the above distribution reveals that 71.80% are Science based students while 28.20%are Arts and Humanities based students. This clearly shows that priority has been given to the science-based programmes in compliance with federal government directive on Science to Humanity students’ ratio of 60:40,” he stated

He added that it was also the university’s response to the desire of the country for rapid development through advances in science and technology.

Prof Zuru disclosed that the university students’ population had grown from 195 in 1977 in four pioneer faculties, to over 25,000 in 14 faculties and postgraduate school, at present.

The VC who described UDUS as a highly disciplined and most peaceful university in Nigeria, advised the students to maintain high moral standard and respect for constituted authorities.

‘’To contribute to nation- building which is one of the cardinal principles of university education, students are enjoined to stay away from extremism, violence and intolerance especially in ethnic ,political and religious matters,” he stated.

“These are some of the major vices that are currently posing threats to our country.”

He urged students to be extra vigilant and security conscious and report any suspicious movement, persons and groups to the appropriate organs of the university.

Prof Zuru who was appointed as Vice Chancellor of UDUS five years ago, said the ceremony was unique to him as it would be the last he would preside over as VC of the institution.