The General Editor of Daily Trust Newspaper, Malam Hamza Idris, has won the Editor of the Year award at the prestigious Nigeria Media Merit Awards… 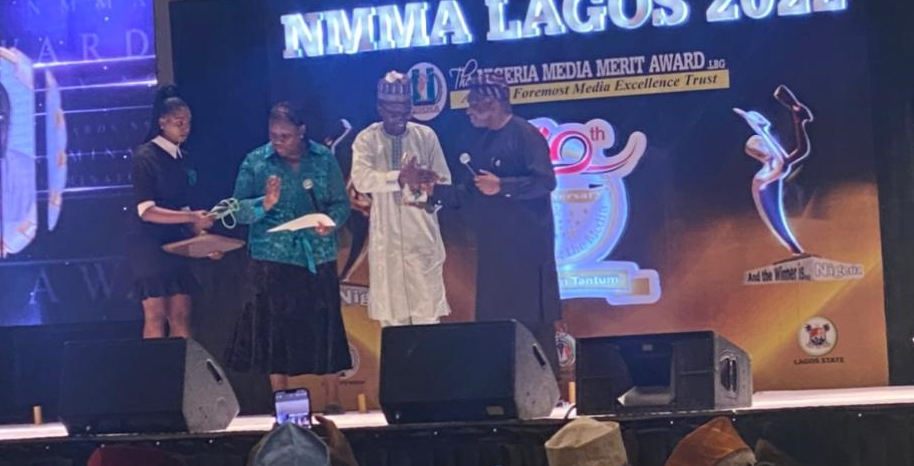 The General Editor of Daily Trust Newspaper, Malam Hamza Idris, has won the Editor of the Year award at the prestigious Nigeria Media Merit Awards (NMMA).

Idris clinched the coveted category at this year’s award ceremony held at Eko Hotel in Lagos on Sunday.

Idris beat other nominees to win the Editor of the Year.

He joined the Media Trust Limited, publisher of Daily Trust titles in 2005 as a Reporter and Researcher and posted to Yola, Adamawa State and after that to Borno and Yobe states. He became Bureau Chief in charge of all six states in North East 2010.

He is the lead Anchor of Trust TV’s flagship programme, Daily Politics.

He is a Fellow of the International Centre for Journalists (ICFJ, 2013), an Alumnus of the Professional Fellows Programme (Washington D.C Spring 2013), a Fellow of the Peace Mediation Course (Switzerland, 2015) and a member of the Nigerian Guild of Editors (NGE, 2021).

He obtained a Bachelor of Arts (Hons) Degree in Mass Communications from the University of Maiduguri in 2002 and a Master’s of Science Degree from the National Open University of Nigeria (NOUN) in 2019.

He has co-authored a chapter with the Vice Chancellor of Federal University, Kashere, Gombe State, Professor Umaru A. Pate on the topic, ‘Professionalism and Risk Management: How journalists survive while reporting the Boko Haram crisis.’
The paper later became part of the book, ‘Assault on Journalism,’ edited by Ulla Carlsson and Reeta Poythari and published by Nordicom, University of Gothenburg, Sweden in 2017.

He has written over 5000 stories on security issues, politics and policy matters. He has travelled to more than 25 countries, won many awards, participated in many international conferences, and presented papers on many issues of conflict and politics.

Born in Jos, Plateau State, on 27 July 1972, he is from Mai’adua Local Government Area of Katsina State.

Meanwhile, Afeez Hanafi, an Editor in the online unit of the newspaper, won three awards at the event.

He won the awards for the stories did when he was at PUNCH, which won the Newspaper of The Year at NMMA.

Until March, Hanafi was at his former place of employment.