Work has begun on three facilities in Zhiko and Pasepa communities of Bwari Area Council, Abuja, after Daily Trust reported in March on ‘Abuja communites… 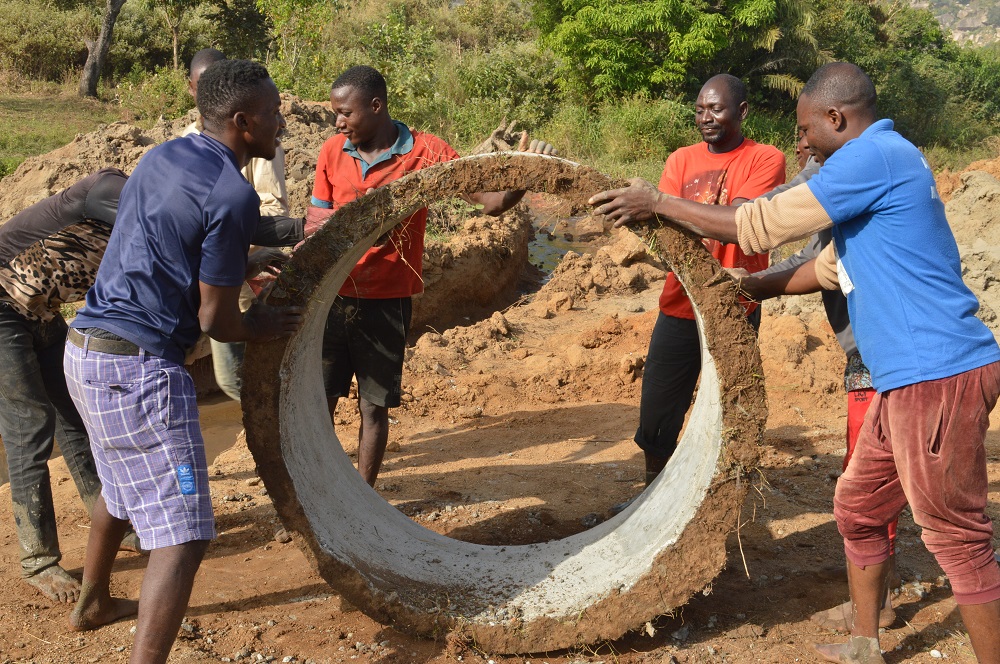 Work has begun on three facilities in Zhiko and Pasepa communities of Bwari Area Council, Abuja, after Daily Trust reported in March on ‘Abuja communites where girls are raped en route school.’

Correspondent Adie Vanessa Offiong began working on the story in October 2018 after she came across a photograph credited to ActionAid and captioned, ‘Our Daughters Are Raped on Their Way to School.’ She had to cut it short due to rains and high water levels that prevented her from reaching the communities. She revisited the communities in January and began the story again.

The report chronicled the stories of girls in the two communities of Nigeria’s Capital Territory, dropping out of school, as the only way to avoid being raped, which had also led to pregnancy for some of them.

The girls who became pregnant now focus on raising their children, as well as fending for them, selling firewood, while another learns hair dressing.

It was worrisome for our reporter, that this as happening at the same that Nigeria was topping the global chart of countries with the most out-of-school children and educating the girl child remains a burning issue.

It was also worrisome that the reason for these girls abandoning school, was completely different from the popular narratives of poverty, early marriage, domestic chores and teenage pregnancies. They were very enthusiastic about going to school, in spite of the four-hour trek, to and from.

Fakkriyah Hashim of the ArewaMeToo movement, whom our reporter had interviewed in the story, put her in touch with the CSDP team. The team then went with our reporter to the community, to carry out a Needs Assessment. It was in the course of this outreach by the CSDP, that the communities decided on these three projects to embark on.

They however, were not to access the N10 million without first electing an executive body from among themselves, with a balanced representation of women. They also needed to raise 10 per cent of the sum as counterpart funding.

After elections were carried out for members of the executive elected and sworn in by the communities, they then rallied around and raised the N1million counterpart sum and also opened a bank account.

Upon meeting these and other requirements as prescribed by the CSDP, they have been able to access the rest of the money and these works have begun.

Speaking on the impact the story has made on the communities, an excited Mohammed Paspa, one of the elders of the communities, told Daily Trust that construction of the bridge and culvert would alleviate their problems, especially in the rainy season.

“We have been suffering so much. Anything from July till September, we will be indoors. we cannot go to Kubwa or Bwari just because of the rains and the overflow of the river. If this bridge is constructed, we will feel at peace.

“We are peasant farmers. in July to September, we don’t go anywhere, our products will decay. Not even the community alone, people outside the community will even feel happy because businesses will run better.”

While the communities are grateful for these developments, they still do not have a secondary school close enough for their daughters to attend without the fear of rape.

They complain that government is yet to respond to their numerous letters asking for a secondary school that would serve them and other cluster communities around them.