Today, Saturday July 9, 2022 equivalent to 10th Dhul-Hijjah 1443AH is Eidul Ad-ha (or Big Sallah) in Nigeria. The Sultan of Sokoto and President-General of… 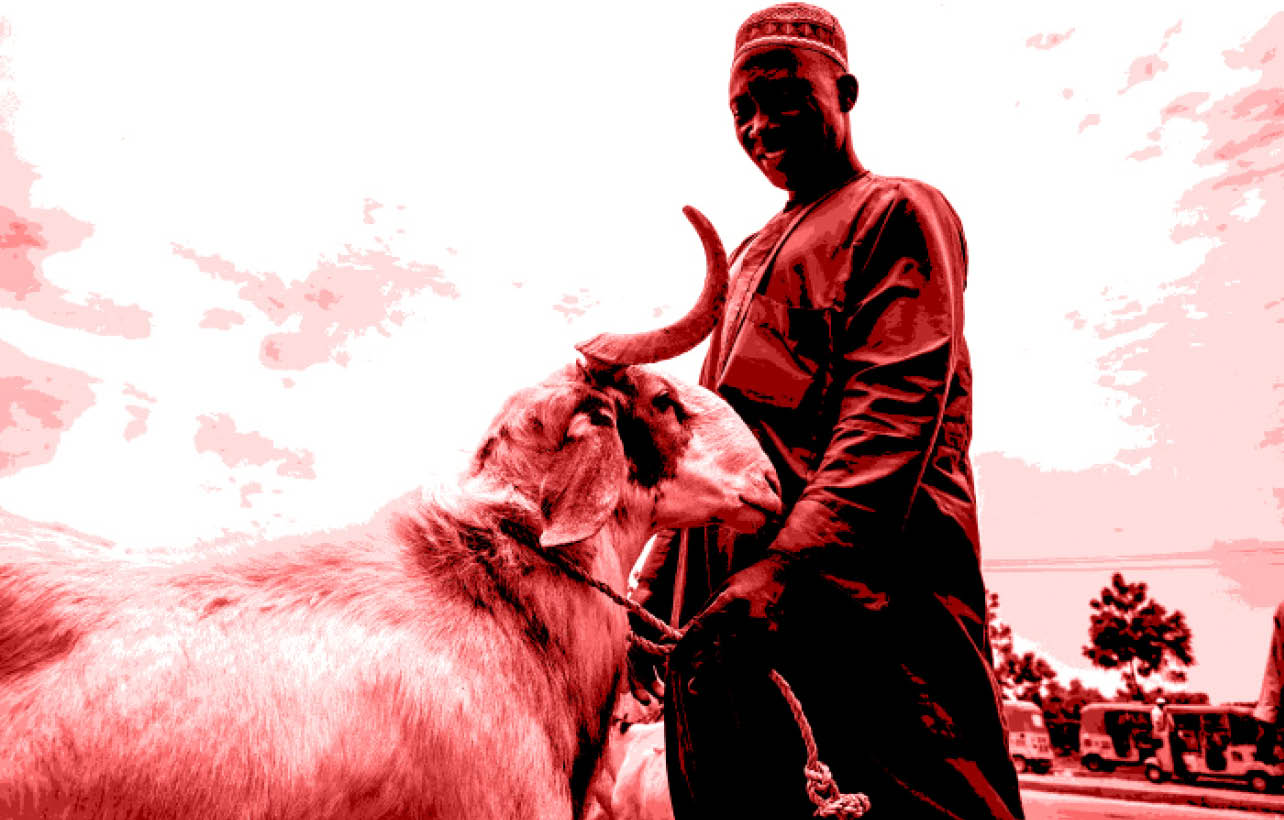 Today, Saturday July 9, 2022 equivalent to 10th Dhul-Hijjah 1443AH is Eidul Ad-ha (or Big Sallah) in Nigeria. The Sultan of Sokoto and President-General of the Nigerian Supreme Council for Islamic Affairs (NSCIA), Alhaji Muhammad Saad Abubakar, had last week declared Thursday June 30, 2022 as 1st of Dhul-Hijjah 1443AH. Similarly, Saudi Arabian authorities had earlier in the week also declared yesterday Friday July 8, 2022 as Arafat Day. Muslims are required on the occasion of this annual event, Eidul Ad-ha, to offer animal sacrifices to commemorate the initial sacrifice offered by Prophet Ibrahim, Alayhi Salaam (AS), to demonstrate his total submission to the will of Allah (SWT).

The animal sacrifice on the tenth day of Dhul-Hijjah is in furtherance of this submission. It is a sincere demonstration of submission to Allah when a Muslim gives out that which he loves most for the sake of the most Beneficent. The Dahiyyah sacrifice is, thus, perfected when a person making the sacrifice shares parts of the best portions of the meat with others. The act of sharing the Dahiyyah meat with others symbolizes the will to give up some of our own bounties not just to help those in need but also to strengthen ties of friendship. Besides, sharing the Dahiyyah meat helps us to overcome the mutual mistrust we hold against one another, which over the years, impeded the much-desired mutual co-existence.

Whoever remains genuine in his sacrifices shall, like Prophet Ibrahim (AS), have nothing to lose materially and divinely. As an obedient servant of Allah, Prophet Ibrahim (AS) spiritually obeyed Allah’s command; and materially did not lose his son. As a result, his creator was pleased with him and gave him a sheep as alternative to sacrificing his son. Whenever we express our faith in Allah’s will and command in this manner, the end is always pure bliss. Let us, therefore, try to sacrifice parts of our interests, comforts or possessions for the sake of Allah (SWT) in these first ten days of Dhul-Hijjah. We could sacrifice a portion of the night (when sleep is most desirous) to stand in prayers; worshipping Allah. We could also sacrifice some morsels of our delicious meals(s) to satisfy someone else’s hunger.

Sacrifice reinforces the quality of patience in us just as perseverance increases our capacity to sacrifice. Sacrifices bring us closer to Allah. It makes us stronger; and the stronger we are in faith, the greater our will to make sacrifices. The most significant aspect of Dahiyyah is the inner dimension of its lessons. The occasion of Big Sallah goes beyond animal slaughter or sacrifice. Allah (SWT) already makes this clear in Qur’an 22:37 that “It is neither their meat nor their blood that reaches Allah. It is your piety that reaches Him”. Sacrifice by Muslims seeks to epitomize that their submission to the will of Allah (SWT) is absolute.

The Sunnah of the Prophet (SAW) teaches that those that are able to offer animal sacrifices on the occasion of this Eid should eat out of the meat and also give some portions to others. While some scholars recommend two-third (2/3) of the entire meat as the portion to be given out, others opine that the fixed proportion is not mandatory. The most important thing is for the person who made the sacrifice to (along with his family members) eat out of it and also give part of it to relations, friends and neighbours. If cooking the fresh meat would be a burden to the recipient(s), it is preferred that the fresh meat is roasted, fried or cooked before it is shared to them. The reward promised by Allah (SWT), not the quantity of the meat available for consumption, should be the ultimate of every believer who offers the Dahiyyyah sacrifice. Indeed, slaughtering a goat on the occasion of Eidul Ad-ha is more rewarding than slaughtering a cow and even a camel.

It is required that the sacrificial ram or sheep should have attained a year or at least eight months. A goat is expected to have entered its second year. A cow should have entered its fourth year and a camel should not be less than six years of age. It is not right to use a sick, emaciated or blind (partial or full) animal that has one or other deformities for the sacrifice. The animal with a broken horn or split ear(s) should not also be used for the Dahiyyah sacrifice. Maliki scholars opine that the one with a broken horn can be used if no blood gushed forth from the injury.

Believers are free to slaughter their animals within the prescribed three days (tenth, eleventh and twelfth of Dhul-Hijjah). However, the first day (tenth Dhul-Hijjah), is preferred over the succeeding two days (i.e. eleventh and twelfth Dhul-Hijjah). The slaughtering on each of the days is preferred before sunset. Anyone who slaughters his animal at night shall have made no sacrifice. If for any reason (including loss of the animal intended for the sacrifice) one was unable to make the slaughtering before sunset, it is recommended that the slaughtering be postponed until the following morning. It is not permitted to sell anything out of the slaughter-animal; not even the hide of the animal.