Offenders would be prosecuted under the nation's Cybercrime Act 2015. 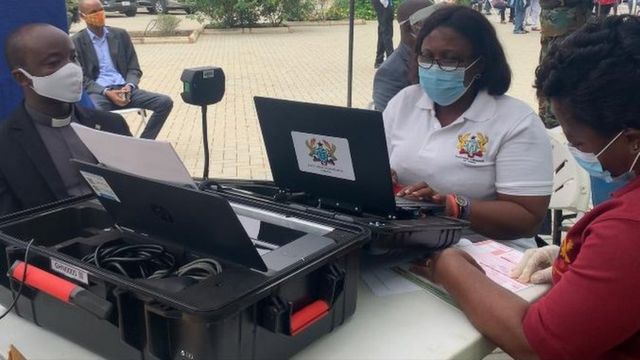 The Independent National Electoral Commission (INEC) has said it would prosecute any citizen who provide false information during the continuous voter registration (CVR) exercise scheduled to resume on June 28.

INEC, Director of Information and Communication Technology (ICT), Chidi Nwafor, said this on Monday in Abuja during the demonstration of the procedure for the proposed online registration and presentation of the new INEC Voter Enrollment Device (IVED).

According to him, offenders would be prosecuted under the nation’s Cybercrime Act 2015.

Nwafor said that the issues of multiple and underage registration would no longer be possible with the introduction of new technology by the commission.

“After undertaking the online pre-registration, that person still has to come to our centre for facial and biometric capture. At this point, we will able to fish out underage registrant. And if that person brings people to force our officials to register him or her, there is still a technology that will enable us fish out the culprit,” Nwafor said.

Speaking earlier, the INEC chairman, Prof. Mahmood Yakubu, concerned expressed concern about the security issues in some parts of the country.

He said that the commission would be deploying 5346 officials to 2673 registration centres.

“What happens if any of these staff is abducted? Our responsibility is to conduct credible elections and also protect our staff. The security agencies are also facing challenges and there have been concerns that INEC officials might be target of criminals. What then is the best way to deploy these officials and machines while also ensuring their safety?” Yakubu said.

He also said that the registration exercise would be carried out continuously for over a year until the third quarter of 2022, adding that the commission is targeting at least 20 million new voters.

Yakubu said the commission had also made robust provisions for Internally Displaced Persons (IDPs) who might have misplaced their Permanent Voter Card (PVC) due to insecurity.

The INEC boss stressed the need for massive advocacy and publicity to ensure that citizens are familiar with the new polling units ahead of the 2023 general elections.

Yakubu said, “The success of the exercise depends to a considerable extent on citizens’ awareness through voter education. There will be new registrants, requests for intra-State and inter-State transfers as well as the replacement of voters’ cards as provided by law.

“Furthermore, with the relocation of voting points to underserved areas as autonomous polling units, there is need for massive publicity so that citizens are familiar with their voting locations well ahead of all forthcoming elections.”