The Nigerian Customs Service (NCS) Katsina Area Command has seized an oil tanker used to smuggle rice into the country. The Area Controller of Customs… 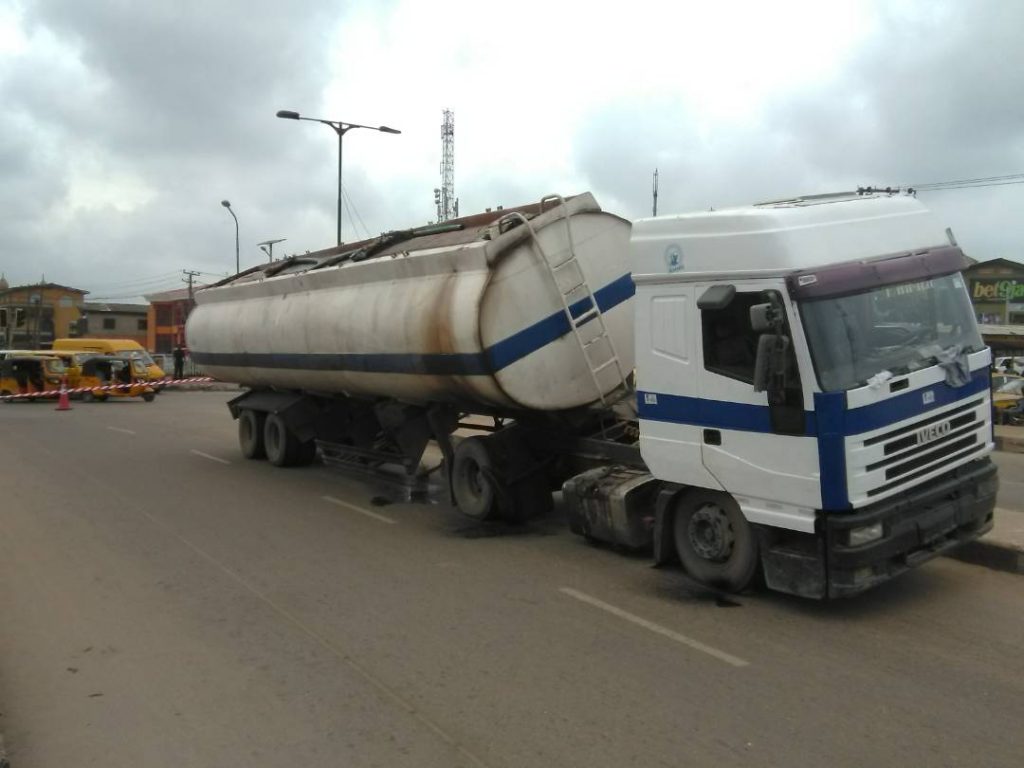 The Nigerian Customs Service (NCS) Katsina Area Command has seized an oil tanker used to smuggle rice into the country.

The Area Controller of Customs in the State, Comptroller Adewale Musa Aremu, while parading the seized items, said the smugglers concealed 210 bags of 50kg rice in two out of the three compartments of the vehicle.

He said the vehicle was seized at Dutsinma after officers received credible information that the tanker was actually conveying rice instead of the usual fuel.

The vehicle, which was found with A.A. Rano petrol company sticker affixed to it suspected to be forged, has registration number SBG 419 XA written on the tank.

Mr Aremu said the occupants of the vehicle were apprehended while another man, who was at the customs headquarters to identify himself as the owner of the vehicle was also arrested.

He said the suspects “are being investigated before a legal action would be instituted against the smugglers.

The Command also seized several vehicles that were smuggled into the country including a BMW 2014 model, worth N3m and a Toyota Hilux 2020 worth N6m.

Others are Toyota Land Cruiser worth N17 million, and the truck carrying the rice valued at N13 million, putting the total value of the seized item at N32.87million.

Mr Aremu warned smugglers in Katsina State that operatives of the command will not relent in their efforts to identify and uncover new tricks used in smuggling.