The Nigeria Customs Service (NCS) Ogun Area I Command has disclosed that it intercepted smuggled goods with  N834,765,273 Duty Paid Value (DPV) in the last… 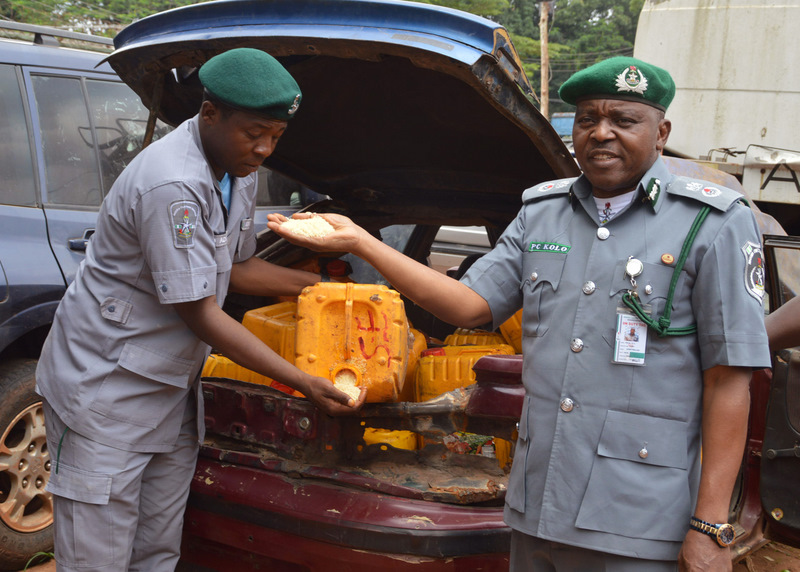 The command also generated N15,261,074 from the auction sales of seized petroleum products and scrap metals between January and June.

The Area Controller, Peter Kolo disclosed this to newsmen during a press briefing to highlight the activities of the command in the last six months at the command headquarters at Idiroko.

The Area Controller however attributed the low income generated to the continuous border closure.

He explained that the border is still closed to import and export which is the primary means of generating revenue for the command.

He added, “I wish to reiterate that our intelligence network in the Command is still very active as we deploy intelligence in virtually all our operations which has yielded greater successes and is continuously being recorded on a daily basis.”

“Let me once again warn criminal elements in the state that in whichever way and methods you plan your smuggling activities, we shall definitely uncover it, make arrest and inflict gross financial injury on such perpetrators.

“It suffice to say that the continuous attacks on Customs and other security operatives in the state by some criminal elements will not deter us from sustaining the onslaught on their smuggling activities.”