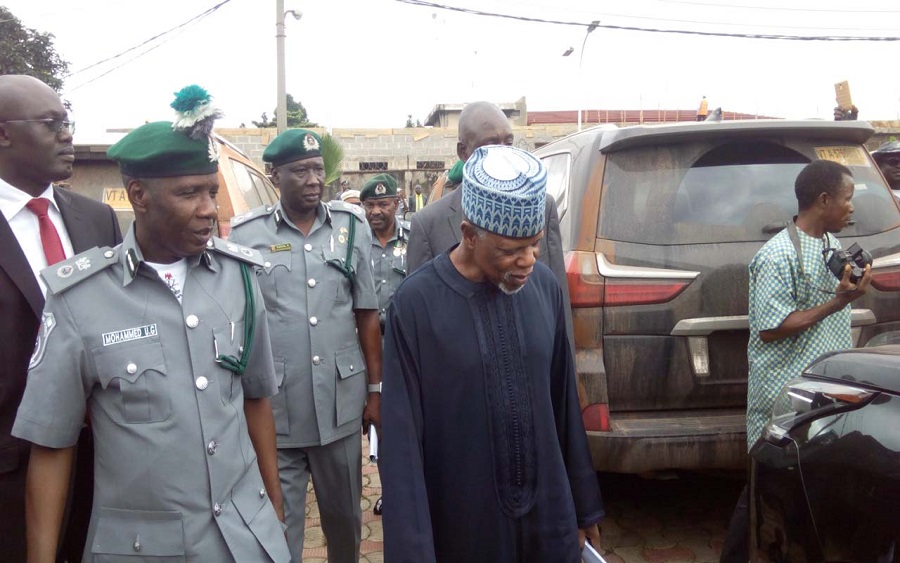 The Nigeria Customs Service (NCS) said it generated N1.562 trillion in the year 2020 which exceeded the target of N1.381tr by at least N181 billion.

According to a statement issued by the Public Relations Officer, Deputy Comptroller Joseph Attah, the last year’s revenue generation is higher by N22bn than the N1.342bn the Service generated in 2019, despite the COVID-19 pandemic.

To deploys 7 scanners at entry points in 6 months

NCS also said within the next six months, there will be seven functional scanners for screening of goods at the country’s entry points while it targets 135 modern scanners in all for the deployment of the e-Customs scheme.

Explaining further, Customs said among the seven scanners, the Federal Ministry of Finance has purchased three while the Central Bank of Nigeria (CBN) has committed to purchasing four scanners and to establish the control centre for monitoring all scanning sites.

“This means that within the next six months, NCS will have about seven functional scanners to be mounted at strategic entry points even before the full deployment of e-Customs components which will lead to the deployment of 135 modern scanners,” it explained.

Commenting on the feat, the Comptroller-General of Customs (CGC), Col, Hameed Ibrahim Ali (Rtd) described it as a result of resolute pursuit of what is right and willingness to adapt to changes brought about by global health challenges occasioned by COVID-19.

He also said the service revenue generation profile has improved due to the ongoing reforms. Ali noted that before the commencement of the border drill which saw a closure of the land borders from August 20, 2019, revenue generation was between N4bn and N5bn but that NCS now generates between N5bn and N9bn daily.

The strategies to raise the revenues include deployment of officers strictly using the standard operating procedure, strict enforcement of extant guidelines by the tariff and trade department, automation of the Customs that eliminated vices, stakeholder sensitization to boost compliance, and increased disposition of officers and men to put national interest above selves.

More so, he said the partial border closure which has forced cargoes that could have been smuggled through the porous borders to come through the sea and airports raised revenue collection from ports.

The Customs helmsman also said diplomatic engagements that took place during the partial land border closure yielded many positive results, including commitment to comply with the ECOWAS Protocol on Transit, and the operationalization of joint border patrols at both sides of the border and sharing of intelligence by neighbouring countries.

While preventing entry of items that could compromise security, economy and the wellbeing of Nigerians, NCS said it seized 4,304 items with a duty paid value of N28.3bn. They include arms, ammunition, illicit drugs, used clothing, vegetable oil, frozen poultry and foreign rice, among others.

“While we give assurances of total commitment to the course of protecting national security and economy, we call on Nigerians, especially the business community to support the NCS as our borders open to African Continental Free Trade Agreement (AfCFTA) in order to benefit from the trade agreement and other cross border activities,” Ali said.