The Nigeria Customs Service has announced that from January to June 2022, it generated the sun of N1.292 trillion as revenue on behalf of the… 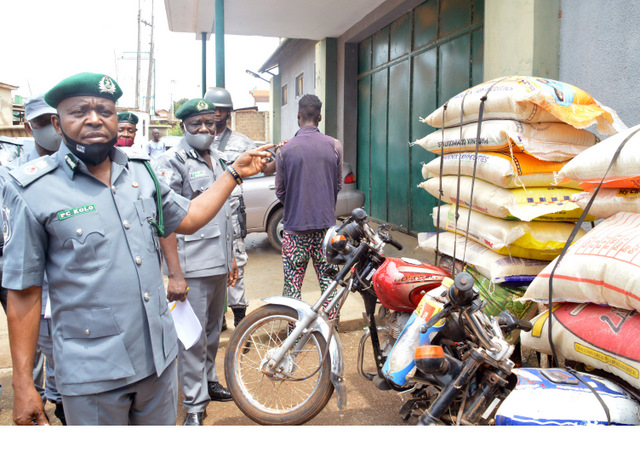 The Nigeria Customs Service has announced that from January to June 2022, it generated the sun of N1.292 trillion as revenue on behalf of the federal government.

National Public Relations Officer of the Service, Timi Bomodi, made the announcement on Friday while announcing the half year performance of the Service at a press conference in Abuja.

Daily Trust reports that the revenue target given the Nigeria Customs Service for the year 2022 is 3.019 Trillion Naira.

Speaking on the revenue performance, he said “Between January and June 2022, we have been able to generate the sum of =N1. 292 trillion into the federation account as against the sum of money N1. 03 trillion for the corresponding period in 2021. The amount generated surpassed our achievements of last year by =N=289 billion showing an increase of 28.8 per cent

“Also, excise duty being tax levied on the manufacture, sale and consumption of goods under excise control was collected through 22 Commands of the Service with a total of =N68. 01bn collected from manufacturers of beer, spirits and other alcoholic beverages, cigarettes and tobacco among other products from January to June, 2022.

The Customs spokesman, however, noted that the service would soon commence the collection of telecommunication tax on behalf of the federal government as mandated.

“Other revenues from telecommunication (call and data), and digital network services are yet to be collected as NCS is expected to start collecting revenue on these products and services as soon as the modalities for collection are put in place. Duties from these revenue sources are expected to boost our collections in the current year.”

Speaking on its enforcement and anti-smuggling campaign, Bomodi further stated that there have been remarkable interventions in the anti-smuggling activities of the Service.

“In the period under review various goods with a total Duty Paid Value (DPV) of N39.174 billion were seized due to regulatory and policy infringements.