The Conference of Civil Society of Nigeria (CCSN) has called on stakeholders not to interfere in the appointment of the Clerk of National Assembly. Addressing… 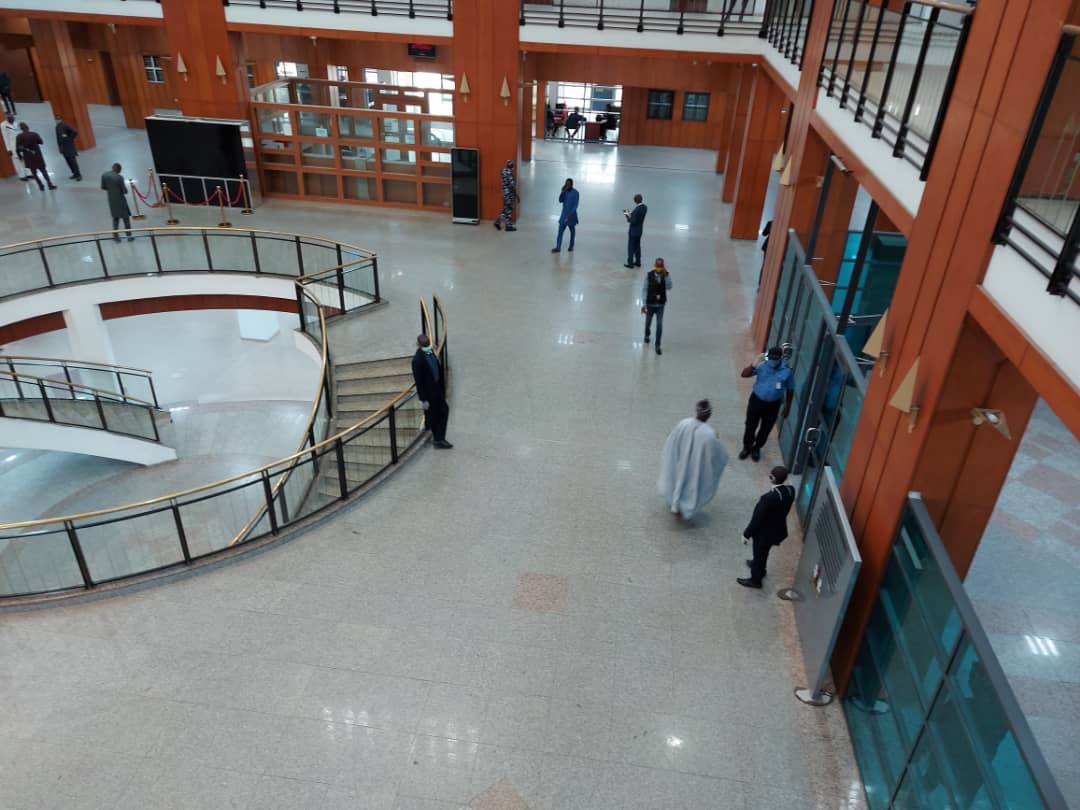 The National Assembly lobby is less crowded as admittance to the complex was restricted due to the social distancing protocol required for the COVID-19 pandemic. 28 April 2020. Photo: Balarabe Alkassim

The Conference of Civil Society of Nigeria (CCSN) has called on stakeholders not to interfere in the appointment of the Clerk of National Assembly.

Addressing a press conference in Abuja on Wednesday, Comrade Adams Otakwu, leader of the group, said the process should be allowed to take its “well established course.”

He said despite priding herself as the giant of Africa, Nigeria has continued to experience “lawlessness and brinkmanship orchestrated by political elites in their unconscionable quests to grab, grasp and manipulate bureaucratic institutions.”

Otakwu said, “Nigeria is today grappling with many issues because rather than allow bureaucracy to operate within the armbits of their statutory functions and powers, these critical organs of governance have been subjugated and tied to the apron strings of the high and mighty, whose whims and caprices they are compelled to fulfill at the expense of overriding National interest.”

He explained that it is in this regard that we implore all those concerned to eschew their parochial and primordial considerations and allow the rules guiding the process to take their well-established course.

“This status quo ante should and must be maintained no matter whose ox is gored. The political elites must unlearn their unacceptable habits of bending the rules to achieve any diabolical designs. They must learn to play by the rules.”