Cryptocurrency: Regulation not prohibition is the way forward – Otti

Dr Alex Otti is a renowned economist, former banker and now a politician. He was a two-time governorship candidate of All Progressives Grand Alliance in… 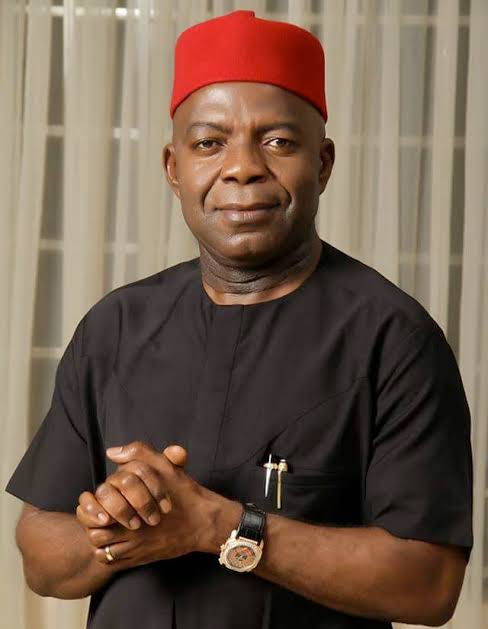 Dr Alex Otti is a renowned economist, former banker and now a politician. He was a two-time governorship candidate of All Progressives Grand Alliance in Abia state. In this interview, he spoke about insecurity in Nigeria, the economy and politics. Excerpt:

What’s your reaction to  CBN’s order to banks and other financial institutions about cryptocurrencies?

This is not the first time the CBN is raising the concern. It did so in 2017 and followed up in 2018. My understanding is that CBN is concerned that the digital currency regime is not under its control as all currencies should be and it is unable to regulate its use. Besides, there are reports that investors in cryptocurrency are putting pressure on the foreign currency markets in the country and therefore pushing rates up. CBN is also concerned at the speculative nature of the cryptocurrency market and the probability of losses to Nigerian investors, which it has no model to predict. I believe CBN would go to the next step of coming out with policies that would bring this currency trading under its regulation since it is clear that it has come to stay. I have heard commentaries of cryptocurrencies being susceptible to fraud, terrorist financing, money laundering and other illicit trade. While this may be true, it is also true that fiat currencies have the same challenges. Would we ban the Naira and the dollar because some people use them for illicit transactions? Of course, we won’t.

Dr Ngozi Okonjo-Iweala just resumed as the new head of the World Trade Organisation (WTO). How can Nigeria, Africa benefit from her tenure?

I had done an article in my column where I predicted what happened to the WTO position. I’m sure that she would encourage Nigeria and Africa to begin to play significantly in global trade. At the moment, we are very inconsequential in word trade. This is not unrelated to our level of productivity on the continent. To participate actively in a trade organisation, you must have what to sell. And it is what you produce that you sell. Yes, we are largely responsible for natural resources and primary products, but these are not significant in world trade. This is why the US and China are major players in WTO. Africa would need to put more on the table to be taken seriously in such an international organisation.

COVID-19 pandemic has no doubt dealt a huge blow to the nation’s economy. What’s your advice to the government even though the country just exited recession?

A country is said to be in a recession when it witnesses two consecutive quarters of negative GDP growth. In a previous intervention in April, I had predicted that with the pandemic, we would go into a recession by the end of the third quarter of last year and that is exactly what happened. We have a big problem with the options available to us as a nation to exit the recession. Conventional economic wisdom recommends that the best way to exit a recession is to spend one’s way out of it. However, our challenges are complicated by an unsustainable debt profile and dwindling revenue base. So the question is where we would find the money to spend. While the 2021 budget makes provision for deficit financing of about N5 trillion, we are at the moment struggling with a debt profile of about N36 trillion. Should we find someone to lend to us, how do we payback? Our debt service to revenue ratio is approaching 60%. The summary of everything I have said is that while the government continues with its programme of taming the recession, it should look at ways to improve productivity, revenue and cut the cost of governance.

You were the 2015 and 2019 gubernatorial candidate of the All Progressives Grand Alliance (APGA) but now in APC. Is this move for political survival?

I spoke extensively of the reason I was leaving my former party. In 2019, the party became a Ponzi scheme used to fleece members who wanted to contest an election on its platform. The leadership of the party which should have protected members turned out to be beneficiaries of the scheme. When some of us spoke out, instead of addressing the issue, the leadership decided on a witch-hunt. For instance, an insurrection was planted in the Abia wing of the party. A national convention was planned and I and few others were not invited. They kept us out because they knew they couldn’t have returned themselves if we were there. A meeting of the Board of Trustees of the party was called and some of us who were members were not invited. These are just the tip of the iceberg. When people are treated that way, staying back would be ridiculous.

This is 2021 which is still a brand new year. As for 2023, I have no plans yet. Maybe when we speak again in 2022, we can discuss plans for 2023. One thing that has remained constant with me is that I will continue to condemn bad governance while campaigning for good governance at every level, whether I am contesting elections or not.

What are your thoughts on the Igbo presidency and how can this become a reality?

If you have followed my politics, you would realise that I do not believe in primordial sentiments. I believe that tribe and religion are basically smokescreens used by politicians to drive personal interests. Having said that, I also know that arrangements about power shift have remained the fulcrum of our politics in Nigeria. That is not to say that our salvation is going to come from that. Given that arrangement that has had power move from north to south and power, having been in the north for two terms, it will naturally move to the south. Since the Southwest and South-south had been in power, it should naturally shift to the Southeast. That is the extent to which I believe in the Igbo presidency.

Insecurity has been frightening. Are you satisfied with the steps taken by the government so far and what would you advise they do differently?

A lot of us had spoken about rejigging the security architecture of the country. I’m happy the government changed the Service Chiefs. I expect that the new security chiefs understand that the country is in an emergency. I expect them to completely rejig the security system. Having said that, I also believe that we need to get into the root cause of the insurgency in the country. While I admit that criminalities cannot be completely eliminated, I am of the view that the level of poverty is responsible for the upsurge in insecurity. A situation where close to 90 million people representing 43% of our population are living below the poverty line of less than $1.90 per day, makes the country a veritable candidate for insecurity of the highest order. Of course, we know that poor education has a direct relationship with poverty, and this also ensures that insurgency is sustained. So, we must do all we can to address poverty, unemployment, poor education, deprivation, poor governance and corruption as a lasting solution to insecurity.

A group has threatened to mobilise Nigerians from other parts of the country against the APC in the 2023 general elections if insecurity continues. Is that not a vote of no confidence in your party?

The beauty of democracy is that people are free to express their opinions. I am sure the group you are referring to was expressing its opinion and they are entitled to it. Another group may also come out and take the opposite position which would be well within its right.

Any regrets leaving banking for politics?

This is an interesting question which a lot of people would like to ask but somehow, no one has. The answer is NO. I have no regrets for leaving banking at the time I did. I spent a quarter of a century in the financial services industry and it was a time well spent. It was true that my tenure as CEO had just been renewed for another three years a few months before I left, but it was also the best time to leave when the ovation was loudest. I had set a target for myself and my team of where we wanted the bank to be in six years. We met the targets in four years and it was time to go. Coming into politics exposed me to things that I would never have known.