Creativity: How we developed app game in 5 months – Students 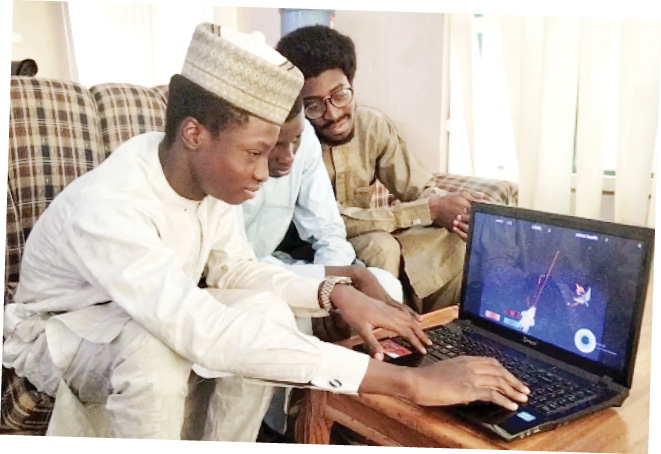 Two teenagers, Abubakar Mohammed Sani and Mansur Lawal have developed an app game called Space Mayhem. The teenagers who are Senior Secondary 1 students of Essence International School, Kaduna, said they developed the app game in five months with the help of their manager, Mahadi Lawal. In this interview, Abubakar shares the journey so far and their plans to develop more games.

How did you initiate the creation of this game?

How did you conceptualize the idea of the game?

We are just trying to come up with something we have complex which is the Space Mayhem. Space Mayhem is an improved version of all the other games we have developed and in the not so distant future, we plan to complete some other games but let’s see how this one goes first.

How many other games are you working on?

We are working on about three games at the moment, we want to believe that many people, especially children, will enjoy the game because it has a lot of action in it, they are very tasking obstacles, the kind of things they will like.

Is there an age restriction for the game?

Yes, I think children between six to 13 years of age will cope better with the interaction of the game, they won’t be frightened, and they won’t be scared about the game, but that does not mean older people cannot play the game.

What are some of the challenges you encountered?

Wow! I think the biggest challenge was how to manage our time, I mean between school and developing the game. We are however grateful that we were able to finish the game in five months and I am proud to disclose that it has been tested by some of our classmates.

How soon do you hope to get the game on an app store?

Actually, there are ways to put the game on a phone, we have tested one and its working perfectly but we do not want people to see how it looks like on phone, we want to create some kind of suspense, we are however in the process of getting the game on an app store where people can download and play.

Does your school know you are doing this and how supportive are they?

Yes they do and they are very supportive, in fact our English teacher, Mr Samuel Bakare was very much involved in the process.

After this, what more should we expect from you?

After we have developed a few android and IOS games, we are thinking of moving to PC games where we hope to develop three dimensional games which are more realistic than other games.

What advice will you give to your peer-groups to embrace such innovations?

My advice to them is to be focused and build their talents because there are endless opportunities.