Africa can attain development faster if the right investment is put into youth entrepreneurship and women empowerment, taking a cue from the examples of developed… 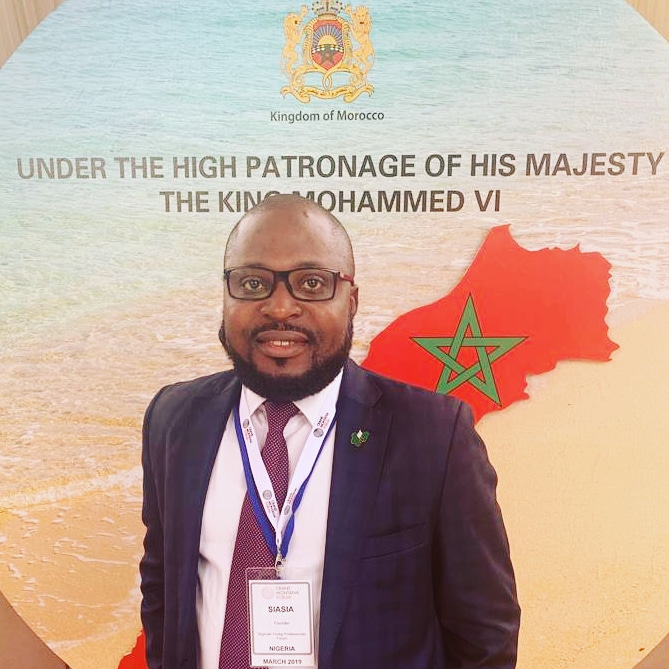 Africa can attain development faster if the right investment is put into youth entrepreneurship and women empowerment, taking a cue from the examples of developed nations, says Moses Siasia, the Chairman of Nigerian Young Professionals Forum, NYPF.

Siasia, a leading advocate for young people and former governorship candidate of Nigeria’s Bayelsa state in 2015, spoke at the recently held Crans Montana Forum in Dakhla, Morocco on the subject of Youth Entrepreneurship and Women Leadership in Africa.

He called on regional governments within Africa to invest in Small and Medium Scale Enterprises (SMEs) as such investments will provide the needed support for youths who desire to take up entrepreneurship saying that such will ensure that more people are self-employed and are able to create quality jobs.

Siasia spoke alongside the Vice President of the Republic of Liberia, Chief Dr. Jewel Howard-Taylor, first lady of The Gambia, Mrs. Fatoumatta Bah-Barrow and First Lady of Mali, Keïta Aminata Maiga. The forum was held under the High Patronage of His Majesty King Mohammed VI of Morocco.

Siasia expressed confidence that Africa can still become a leader in technology development if the right investment is put into the culture of youth entrepreneurship and in raising the quality of women participation in developing the continent.

Recalling some young women who have played roles in the continent such as Omobola Johnson who is former Nigeria’s minister of Communication Technology and Mali’s 35years female minister Kamissa Camara, Siasia said the future of the continent still remains very bright.

On the leadership role of the King of Morocco, Siasia said “I thank His Majesty King Mohammed VI of Morocco for putting Africa on the pathway of progress. And for developing the tourism potentials of this great country, Morocco, as you can see tourism create opportunities for the youths”

Participants at the forum agreed that women have a great role in the future economic progress of Africa and that African governments need to create more opportunities for youth entrepreneurship and self-employment to boost GDP and stem the tide of youth migration out of the continent.