The National Pension Commission (PenCom) has paid a total of N98.28 billion to 289,126 workers who temporarily lost their jobs and were unable to secure… 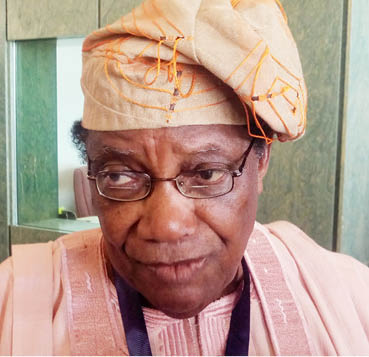 The National Pension Commission (PenCom) has paid a total of N98.28 billion to 289,126 workers who temporarily lost their jobs and were unable to secure employment in four months after disengagement.

The Contributory Pension Scheme (CPS) third quarter report of 2018 published by (PenCom) showed that the payments, being 25 per cent of the balances in the Retirement Saving Accounts (RSAs) of the disengaged workers, were paid from the inception of the CPS to the third quarter of last year.

The report revealed that within the third quarter of 2018, withdrawal of 25 per cent of RSA balances approval was granted for payment of N5.09 billion to 13,176 RSA holders who were under the age of 50 years and were disengaged from work and unable to secure another job within 4 months of disengagement.

Similarly, PenCom granted approval for the payment of the entire RSA balances of the categories of retirees whose RSA balances were N550,000 or below and considered insufficient to procure a Programmed Withdrawal or Annuity of a reasonable amount over an expected life span.

The report showed that approval was also granted for payment of RSA balances to foreign nationals who decided to return to their home countries after making contributions under the CPS.

Analysis showed that 99,444 retirees received en-bloc payments totaling N24.96 billion from inception to the end of the third quarter of 2018.

The report also showed that PenCom approved the payment of N8.00 billion as death benefits to the beneficiaries of the 2,426 deceased employees during the quarter under review, which brought the total number of deceased employees from both public and private sectors to 53,237.

The amount paid during the quarter moved the total payments of death benefits to N164.12 billion.

A sectorial breakdown shows that 66.01 percent of those that received pension under the PW were from the public sector while retirees from the private sector accounted for the remaining 33.99 percent.

The report also showed that the total number of retirees currently receiving their pensions under the Programmed Withdrawal (PW) contracts increased by 3.49 percent from 185,092 in the previous quarter to 191,556 in the third quarter of 2018.

The report showed that during the quarter under review, the sum of N15.23 billion was paid to 6,464 retirees as lump sum and N367.00 million as monthly programmed withdrawals.