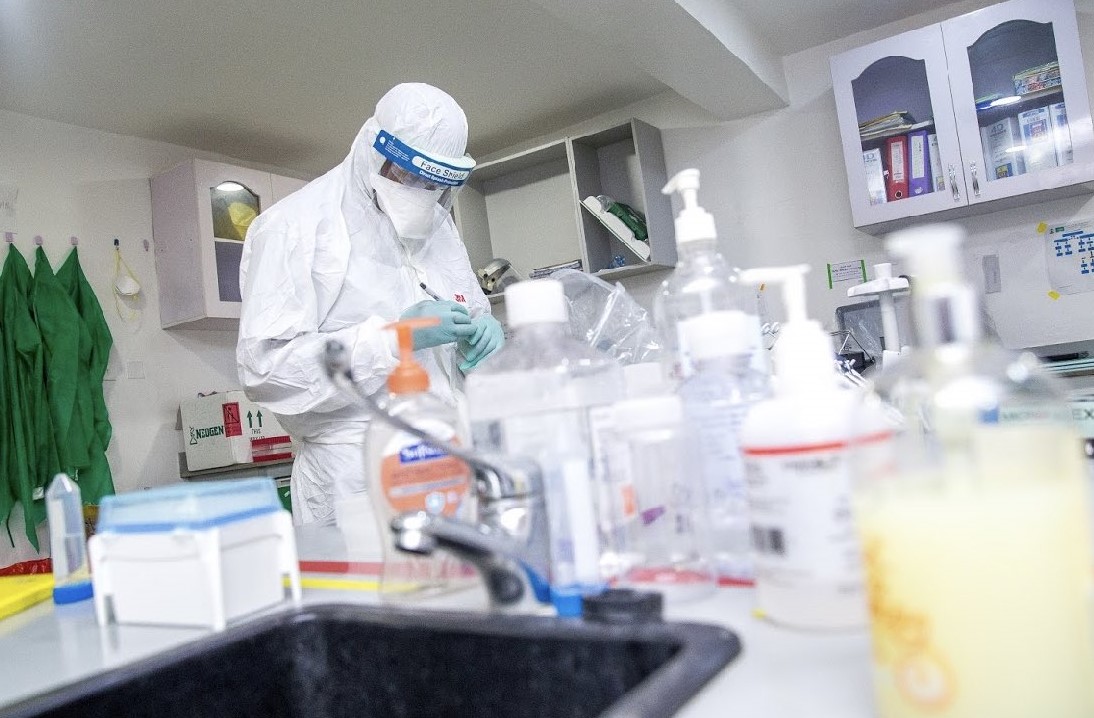 Despite rising cases of infections, Nigerians have to wait for days to get their COVID-19 test results from government laboratories, Daily Trust investigations have shown.

However, it takes less than 48 hours to get the results in private testing centres. Many Nigerians are worried that it takes too long to get results while infections are increasingly getting out of hand.

Nigeria recorded 1,133 new infections on Wednesday, December 23, increasing the total number of infections to 80,922 and 1,236 deaths.

Findings revealed that in the last few days, some patients who developed serious symptoms had infected others and even died while awaiting their results.

The situation has left many families on edge as they isolate endlessly.

Many people have also lamented that the cost of tests in the private laboratories (between N40,000 and N60,000) is way beyond their reach.

A woman in Abuja narrated how her husband died while awaiting his COVID-19 result.

The woman, who spoke in confidence, said they could not take the husband to an isolation centre partly because of the advice that patients could isolate at home.

She said her husband Sam (not real name) returned feeling very weak from his journey to one of the South Western states.

She said his condition grew worse and he was rushed to a hospital where the doctors demanded a COVID-19 test.

“But the result, which came out positive did not arrive until five days after he died,” she lamented.

A civil servant, who craved anonymity, told Daily Trust that the swab test done on him to determine his status was yet to be transmitted six days after.

He said that his swab test was done last week Thursday and was told that the results would be out after four working days, which was Wednesday this week.

However, a week after conducting the test, he has not been told the result.

“I decided to do the test because of the symptoms I was developing. I went to a doctor who advised me to go for the test. I was told the price in a private lab was N50,000, but it was too much for me to pay.

“So, I opted for the test in the public sample collection centres, which is free. Sadly, the time it is taking for the result is enough to spread the virus.

“Though I was called [to be informed] that they were processing the results, I am yet to get it. With the cough and other symptoms I am exhibiting, I know I am positive,” he added.

He wondered why it took two days for results to be out in private labs but over a week at public labs in the Federal Capital Territory (FCT) and other states.

The patient urged the government to look into how the testing centres could be effective in ensuring that the second wave was contained.

Another ‘patient’ who gave his name as Musa said his sample was collected at his organisation, which is one of the public sample collection centres in Abuja two weeks ago and he was yet to see the result.

He said he was ill at the time but was now feeling better without seeing the result.

“Who knows…Maybe I had contracted the virus and spread it without my knowledge. It is a sad story that we are overwhelmed with samples at this centre and could not verify them on time even though most of the people are waiting in suspense,” he said.

Joy Davies, 40, said the delay in getting the COVID-19 test result was not a good experience for her.

She and her family took the test because someone that visited her home from a high burden state began to manifest symptoms of the virus.

“We were all kept in suspense because it took over a week for the result to come,” she said.

She said if the result could come on time, many new infections could be prevented.

A family that came back from Canada last month underwent a COVID-19 test in one of the approved laboratories in Abuja as part of the requirements for international travel.

The head of the family who does not want his name in print said the result came back negative after 48 hours because they had it at a private laboratory.

While he was happy with the outcome, he said many Nigerians could not afford N50,000 per person for the test.

Dr Abubakar, who came from the United Kingdom recently, said he did the test without paying any fee over there. He was asked to do a repeat test in Nigeria.

“I did the test three days ago and I am yet to get the result. It came out negative when I did it over there and am sure it will be the same.

“But the time frame of releasing the result is tiring,” he said.

The Director-General of the Nigeria Centre for Disease Control (NCDC), Dr Chikwe Ihekweazu, said workers at the centre and other public health teams in the states were working extremely hard.

He said they also introduced various measures to ensure communication of results on time.

Ihekweazu said that in the last few weeks, the centres had experienced an increase in the number of samples getting to laboratories for COVID-19 while doing the test for other diseases.

“We will continue all efforts to ensure samples are tested promptly and results are communicated by State Public Health Teams to individuals,”   he said.

Asked what the NCDC was doing to ensure that private labs reduced cost of COVID-19 test and not exploit Nigerians, he said private laboratories are private businesses that have to get their reagents, human resource, electricity and other resources for the laboratories.

“Price regulation of laboratories is not part of our mandate at NCDC,” he said.

However, he added that the PTF negotiated a rebate for travel tests with private laboratories.

“So, all private laboratories using the Nigeria International Travel Portal charge around the same cost for travel purposes.

“This is to ensure that we limit the barriers for Nigerians and international travellers who must get a repeat test on arrival in Nigeria.

Speaking on the delay in getting results, the Secretary to the Government of the Federation (SGF) and Chairman of the Presidential Task Force (PTF) on COVID-19, Boss Mustapha, said “The PTF shall increase measures about those high burden countries to scale down the possibilities of importation.”

The SGF said that the PTF was working assiduously on the turnaround time for receiving test results.

Speaking on Thursday in Abuja at the joint national briefing of the task force, he said that the team was working with the NCDC to improve on this and that Nigerians should expect improvement very soon.

He also urged state governments not to close down their treatment centres.

Shedding more light on recent developments, Boss Mustapha said the federal government was aware of the new and deadly strain of COVID-19 and would take appropriate measures.

“The PTF is aware of the global conversation on the new strain of virus discovered in the UK. We had assured Nigerians that our experts working with the World Health Organisation (WHO) are studying the variant strain and shall make a statement at the appropriate time,” he said.

He urged Nigerians to adhere to President Muhammadu Buhari’s advice in his address to the PTF on Tuesday and shelve all non-essential travels during this period and avoid large gatherings.

Mustapha said that the successes recorded by the PTF in managing the control of the pandemic since March 2020 could never have been possible without the support of all the partners and the media that took the message to Nigerians.

According to him, “As we commence the process of adding vaccines to the task, we wish to reaffirm that all aspects of the pronouncement of the President will be approached with the seriousness it deserves.”

On international travel especially from UK, South Africa and some very high burden areas, Mustapha said that the government will continue to evaluate the actions taken by various countries. He said that some of the countries that initially banned flights have now adopted the requirement already in place in Nigeria.

“We have also weighed the security, economic and social implications of a full ban especially when we consider the situation in our neighbouring countries and the ECOWAS as a whole.”