COVID-19: One year after Wuhan lockdown, Nigeria, others still suffering

Today marks one year after Chinese authorities locked down the city of Wuhan, the epicenter of the COVID-19 outbreak. Countries across the globe, including Nigeria,… 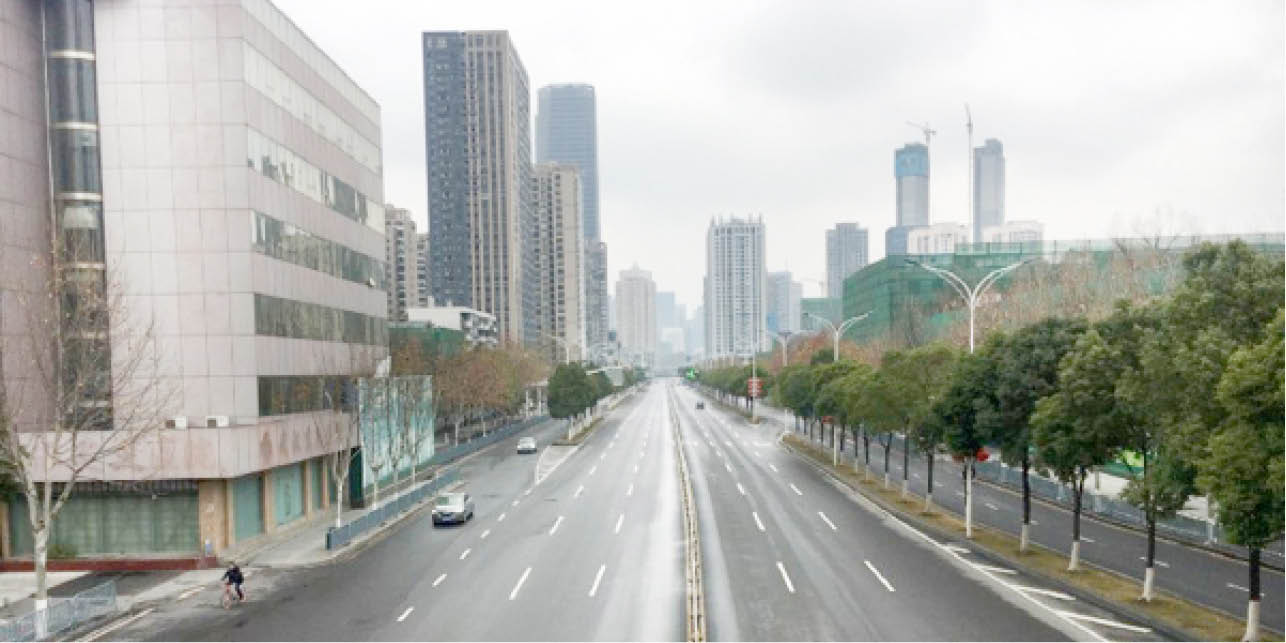 A vacated street in Wuhan city, China after the COVID-19 lockdown started in January 2020

Today marks one year after Chinese authorities locked down the city of Wuhan, the epicenter of the COVID-19 outbreak. Countries across the globe, including Nigeria, are still suffering the impact of the virus, Daily Trust reports.

Nigeria and the rest of the world have continued to suffer from the impact of the COVID-19 pandemic, which led to lockdown in various countries of the world (partial or total).

A lockdown is an emergency protocol that prevents people from leaving a given area. The protocol is usually initiated to prevent the spread of diseases.

The Wuhan lockdown marked the beginning of a series and magnitude of lockdowns across the world, which has never been witnessed as a result of a disease.

The virus first emerged in Wuhan wet markets in December 2019 and later spread to other parts of China and the rest of the world.

By January 23, the Chinese government sent everyone indoors in Wuhan, and at least 11million people came under strict quarantine, while mandatory observation of social distancing, wearing facemasks and sanitising or washing their hands were observed.

For nearly six months, the city lost contact with other parts of China as there was no entry or exit.

Nigeria and most countries across the world experienced lockdowns weeks and months after the Wuhan outbreak as the virus spread. Various governments issued stay-at-home orders, shut down schools, public places and issued restrictions for both local and international travels. Countries such as Italy, Spain, Germany, the United Kingdom and United States of America (USA) instituted lockdowns.

Although global analysts said the lockdown of Wuhan came with so much cost and inconvenience, the city is bustling today, with the economy of China gaining 2.3 per cent growth.

This is not the case with the rest of the world. Countries are facing significant slip in the economy; some, like Nigeria, are already in recession while struggling with a second wave of the COVID-19 pandemic, with citizens expecting another lockdown.

According to medical experts, lockdown holds benefits in curbing the spread of COVID-19 and other diseases.

Some, however, believe that partial lockdowns are better in some places than others, leaving essential services, including hospitals, pharmacies and markets that sell food items and other essential needs, especially while ensuring few number of people for public gatherings and social distancing.

Dr Biodun Ogungbo, a neurosurgeon at Brain and Spine Surgery Consortium, said after Wuhan lockdown commenced in China on January 23, daily deaths started falling less than a month later. “Another month after that, it was down to less than 10 a day.” He said the number of deaths also reduced in Italy after it instituted a lockdown. He said without a lockdown, the COVID-19 virus spreads uncontrollably within a few months to infect virtually 100 per cent of the population.

While lockdowns helped to curb the spread of the virus across cities, international borders left disastrous impacts on various economies, health systems and health care service delivery for other diseases, social life and entertainment and loss of livelihoods, among others.

The Federal Ministry of Health confirmed the first COVID-19 case in Lagos State on February 27, 2020. The Federal Government also announced a two-week lockdown in the Federal Capital Territory (FCT), Lagos and Ogun states from March 30, 2020.

The government had continued to extend the lockdown until June 2020 when it gradually began to relax it. During this period, only essential service workers were allowed to move, while interstate travels, local and international flights were banned.

The economy nearly crumbled as only the seaports were allowed to operate for importation of goods.

The Federal Government, apparently considering that citizens were overwhelmed by the impact of the lockdown, rolled out palliatives, starting with food and essentials, partly donated by CACOVID, a private sector coalition fighting the COVID-19.

Unlike in other climes where palliatives were outlined and provided to cushion the effects of the lockdown on the populace, many people in the country lamented the failure of the Federal Government, states and local governments to properly distribute the palliatives.

The lack of palliatives led to poor compliance to protocols and the lockdown in some places.

State governments also received these donations for disbursement, but there were tales of diversion and shortchanging, which became more evident during the EndSARS protest in October, when stored palliatives were seen and looted in Lagos, FCT, Cross River and other states.

The Central Bank of Nigeria (CBN) also rolled out various fiscal palliatives like the Small and Medium Enterprise (SME) Survival Fund, the Youth Fund, Agricultural Fund, with the sum exceeding N100billion, to cushion the effects. Other agencies provided some form of palliatives like tax holidays, business incentives, among others.

All these interventions helped in some form or another, but the country slipped into recession after recording multiple negative growth rate and over 14 per cent inflation rate.

Professor  Oyewale Tomori, a renowned virologist and immediate past president of the Nigerian Academy of Sciences said, “It is not enough to lock down the country without considering the survival of the ordinary citizens, many of whom must work on a daily basis for the food he or she will eat.”

He had earlier warned about the effects of lockdown, saying, “Lockdown will definitely have adverse effects on the social and economic wellbeing of the general population, especially those who must work on a daily basis for their livelihood. There should be a relief package for such groups of Nigerians,” he said.

One year after, many persons working in the public or private sector and different fields are still struggling to survive.

In Nigeria, teachers and school owners experienced a lot of hardship as institutions of learning were closed for a long time following nationwide lockdown.

Patience Dakwal, a teacher at The Vine Schools in the Nyanya area of Abuja, said she turned to trading in local drinks and facemasks to eke a living.

“I sell kunu, zobo and doughnuts to make ends meet. And since I have some knowledge of sewing, I now produce facemasks and distribute on a wholesale basis,” she said.

She had tried her hands on lessons for the first two months, but parents, who were apparently hit by the declining economic situation, could not raise money to pay.

Ahem Eugene leveraged on his barbing skill to survive. Even as a teacher at Bright Star School in Gbagalape community, a suburb that is about 15 kilometres from the Abuja city centre, Ahem ran his barber shop. But the shop became his all when the virus broke out.

“Barbing is an essential service because no matter how bad the economic situation is, people will still need to do some basic haircuts. So I redefined my shop by lowering the rate and ensuring that I did home services,’’ he said.

Also, Deacon Ekurie John, a private school operator said, “I had to sell some assets to continue life, especially that I had a loan running.”

Operators of small and medium enterprises also struggled with the economic woes and multiple taxation.

Taiwo  Oluwaseun runs a media office at one of the shopping complexes at Area 11 in Garki, Abuja. While he hasn’t had much turnover since April, he is worried that he would have to pay at least N30,000 by the end of July as revenue tax to the Abuja Municipal Area Council (AMAC).

The media consultant said he expected that for about three months when businesses crumbled due to the COVID-19 lockdown, government officials should have given some soft landing by either cutting taxes or even freezing them, but that did not happen.

While experts are hopeful that Nigeria could exit recession this first quarter of 2021, Nigeria is still faced with the second wave of the COVID-19 and has intensified non-pharmaceutical measures again, like mandatory wearing of facemasks, social distancing and the use of sanitisers.

As the country nears its one year anniversary of lockdown on March 30, the Presidential Task Force on COVID-19 has warned that there may be another one if cases keep soaring. For sometime now, the Nigerian Centre for Disease Control (NCDC) has been announcing over 1,000 cases daily.