The first batch of Nigerian students, comprising eight awardees who recently left for China on scholarship under the federal government’s Bilateral Education Agreement (BEA), are… 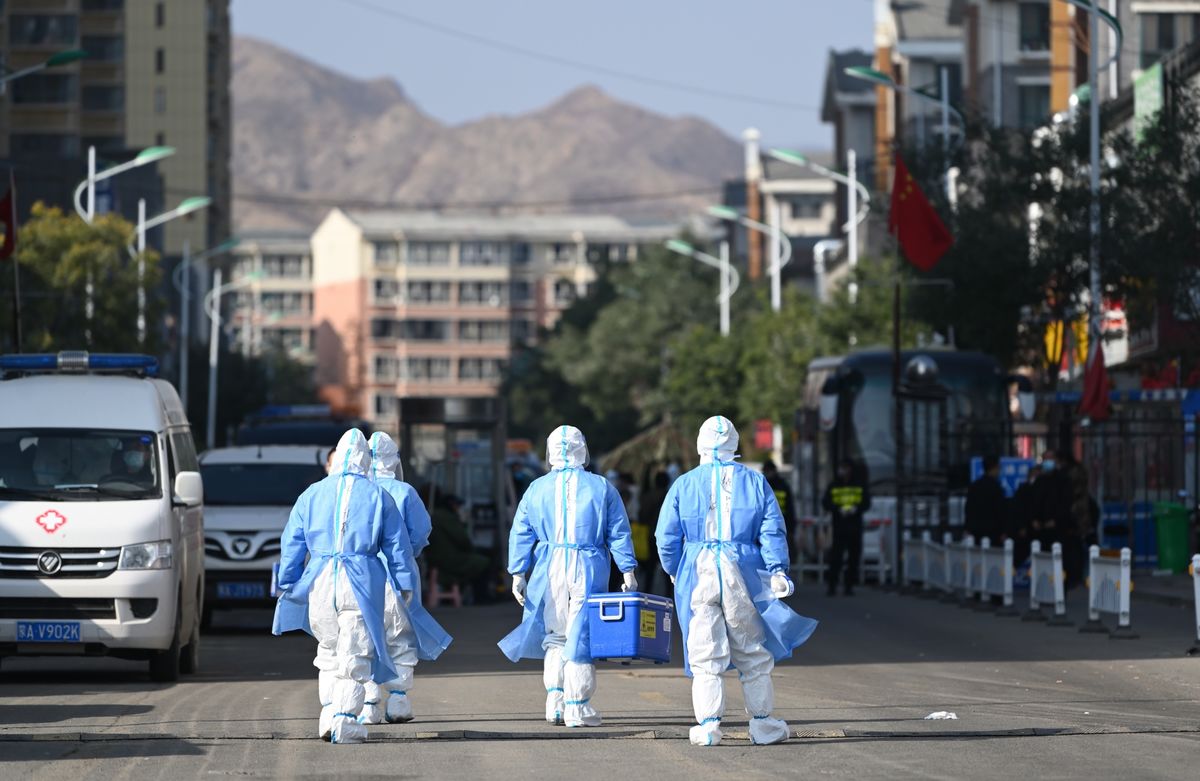 The first batch of Nigerian students, comprising eight awardees who recently left for China on scholarship under the federal government’s Bilateral Education Agreement (BEA), are trapped in different hotels in Guangzhou and other locations across the East Asian country over unpaid COVID-19 quarantine fees, investigation by Daily Trust Saturday reveals.

Hotel authorities where they are being quarantined before proceeding to provinces where their schools are located are said to have threatened them with eviction if they failed to make their payments at the end of their quarantine period.

Should they fail to pay, our checks reveal, the students also stand the risk of being denied Green Codes, which confirm the successful completion of quarantine and permits them to move to their school destinations.

While some of the students said they had already exhausted their upkeep allowances on the payment of the fees, which were not provided for in their scholarship letters, others said their parents and relatives had been selling properties to send them money.

Daily Trust Saturday reports that the Bilateral Education Agreement (BEA) Division of the Federal Scholarship Board (FSB) is primarily charged with the responsibility of implementing scholarship awards between the federal government and the governments of countries that have signed the agreement with Nigeria.

The first batch of awardees that are among beneficiaries for 2020, 2021 and 2022 left Nigeria through the Nnamdi Azikiwe International Airport, Abuja on October 26, 2022, en route Addis Ababa, Ethiopia and are expected to be joined by another batch of about 20 students on November 16, Daily Trust Saturday gathered.

But the prospect of travelling to join their fellow scholars appears uncertain, going by tales of hardship already being faced by their colleagues in China, who are yet to formally commence their studies.

Findings indicate that the BEA scholarship offers a supplementation allowance of $500 per month for upkeep and books; postgraduate research grant of $1,000 per annum and warm clothing allowance of $250 per annum. Others are a takeoff grant of N100,000 and a one-way ticket to the country of study.

Narrating their plight, some of the awardees currently quarantined in hotels in Guangzhou and other cities lamented that they had already exhausted their supplementation allowance of N1,447,500, which they were told was to cover for the months of October to December this year.

One of the students who wouldn’t want his name in print said they started facing financial difficulties before leaving Nigeria, adding that although their award letters indicated their allowance in dollars (500 USD per month) they were given the sum of N1,447,500 each without an explanation.

“We were also given one-way tickets (Ethiopian Airlines) and paid the sum of N45,000 as visa fees each here in Nigeria. But before then, we had to spend the sum of N30,000 each for police report; N17,000 each for authentication of report by the Chinese Embassy in Nigeria, while also spending between N5,000 and N10,000 to obtain a seal on the police report. All these were from our pockets,” the source said.

Another awardee said prior to their departure from Nigeria they got information from their respective schools in China drawing attention to COVID-19 quarantine fees, which were not captured in the initial agreement.

“We collectively contacted the director, Federal Scholarship Board and drew her attention to this but she said there was no provision for quarantine fee when the agreement was signed, and as such, she would not do anything in that regard.

“Even before leaving Nigeria, each of us had to shoulder the responsibility of paying N79,000 to carry out two COVID-19 tests at the cost of N39,500 per test. On getting to Addis Ababa, we also had to spend N223,500 each on quarantine fees and transit visas. All these expenses, including local transportation costs, were made from the supplementation allowances, which are now exhausted,” the student, who sought identity protection, said.

By press time, Daily Trust Saturday gathered that only two of the students who had completed payment for their quarantine in Guangzhou were allowed to proceed to Beijing, where their schools are located. However, they would individually undergo another round of 14 days quarantine before assessing their schools.

Six of the students yet to settle the fees were still being held in Guangzhou hotels. Some of the students still trapped in quarantines said they were financially exhausted, even as their parents and relatives back home were struggling to sell their properties and send money to them.

“I can tell you that we have already exhausted the takeoff grant given to us in Nigeria, yet we have outstanding fees to pay. The hotel authorities are already threatening us. We risk being denied Green Codes to proceed from here,” one of the students said.

While calling on the Federal Scholarship Board to come to their assistance by providing more funds to augment their supplementation funds that have been expended on quarantine fees, some of the students expressed concern that the second batch of awardees expected to leave Nigeria before on November 16 might face the same predicament.

“The second batch that is yet to leave Nigeria should be careful. If this quarantine issue is not given to them, we advise them not to leave. We are calling on the Federal Scholarship Board to urgently look into this matter,” the student said.

A female parent of one of the students who spoke with Daily Trust Saturday on phone said their family was worried about the situation and had put up some properties for sale.

“We had to put up some of our landed properties in order to raise money and send to our child over there because he is financially stranded,” the female parent, who wouldn’t want to be named, said.

Another parent wondered why the awardees gave money in local currency (naira), which was supposed to be in dollars as indicated in their offer letters.

“I strongly suspect that the money given to the students was not up to the approved amount,” the parent, who also pleaded anonymity said.

You are on your own — Ministry’s spokesman

The Director of Federal Scholarship Board, Mrs Asta Ndajiwo, said she could only respond to a text message sent to her if an official letter was written through the Federal Ministry of Education.

When Daily Trust Saturday contacted the ministry through the Director of Press and Public Relations, Benjamin Goong, he said the students had no case because they were provided with their upkeep.

“Whether in quarantine or school, we provided them with their upkeep on a daily basis,” he said.

When informed that the students said they had already exhausted their upkeep money on quarantine fees, Goong simply said, “It doesn’t matter,” and declined further comments.