The Attorney General of the Federation (AGF) and Minsiter of Justice, Abubakar Malami, has directed the National Drug Law Enforcement Agency (NDLEA) to halt its… 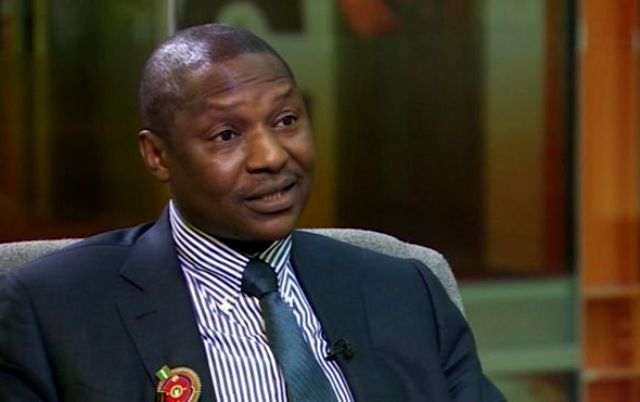 Minister of Justice and Attorney General of the Federation, Abubakar Malami

The Attorney General of the Federation (AGF) and Minsiter of Justice, Abubakar Malami, has directed the National Drug Law Enforcement Agency (NDLEA) to halt its planned mobilization of 5,000 candidates for a job screening and documentation exercise in Jos, Plateau State.

Daily Trust reports that the NDLEA had in a statement on Friday by its spokesman directed that a total of 5,000 candidates should appear at the Agency’s Academy, Citadel Counter-Narcotics Nigeria, (CCNN),  Katton-Rikkos, Jos, Plateau State for the screening and documentation exercise between January 10 and 23, 2021 at 0900 hours daily.

But the AGF in a statement issued late Friday by the Solicitor General of the Federation, Dayo Apata, directed the NDLEA Chairman to halt the exercise and seek further clarification/advice from the Presidential Task Force (PTF) on COVID-19 in view of the health implications at this time of the second wave of the pandemic.

“It is not in doubt that the exercise is long overdue and necessary for the actualization of the Agency’s mandate, however, the Office of the Attorney General of the Federation and Minister of Justice notes that the timing is ill-advised and inappropriate given the current and alarming wave of COVID-19 pandemic across the country.

“Considering the above, Malami directed the Chairman of the NDLEA to stay further action on this matter pending the receipt of clarification/advice from the Presidential Task Force”, he said in the statement.

The Chairman was further requested to notify the applicants of this development accordingly.