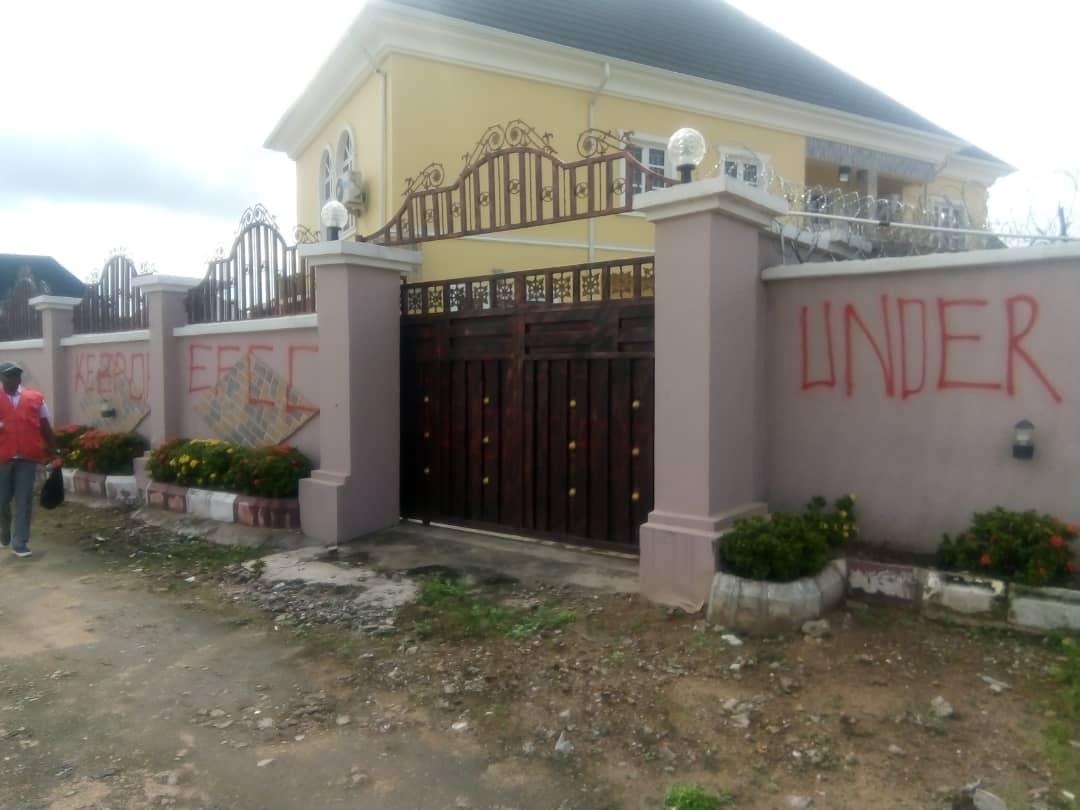 The house under investigation

A Federal High Court sitting in Makurdi in Benue State has ordered the interim forfeiture of a property belonging to an ex-council chairman of Kwande Local Government Area of the state.

Justice Mobolaji Olajuwon who presided over the matter granted the EFCC’s application and ruled that, “an order is hereby made forfeiting in the interim, a property set out in the schedule attached to this application, to the Federal Government of Nigeria, pending the hearing and determination of the trial in Charge No. FHC/MKD/CS/76/2019.”

Head of Information and Communication of the EFCC in Makurdi, Nwanyinma Okeanu, in a statement made available to newsmen, disclosed that the order was sequel to a motion Ex-parte earlier filed by the Commission through its counsel, G. G. Chia-Yakua.

“An Interim order forfeiting to the Federal Government of Nigeria the Four bedroom duplex building known and described as Plot No. 1, Chief Akputu close, Judges quarters Makurdi, in the schedule here in.”

The court heard that the property described was a subject matter of investigation found in the possession of the ex-council boss and reasonably suspected to be proceeds of unlawful activities, corrupt practices and money laundering.

Also, the EFCC told the court that in whose possession (Akputu) the property was found is under investigation for criminal misappropriation of depositors’ money, corruption by a banker, misappropriation and money laundering, adding there were need to preserve the property pending the making of a final forfeiture order in the matter.

The court further heard that the investigation leading to the identification of the property commenced following receipt of intelligence report and a petition from A. J. Ogbo Esq and Adolzy Management Consultant against the respondents.

Meanwhile, the matter had been adjourned to November 20, 2019 for further mention.