Counting down as Nigerians await eNaira

the Central Bank Digital Currency (CBDC), which he noted would complement rather 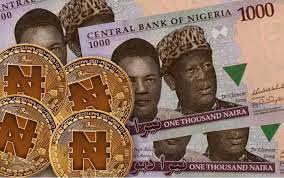 The introduction of the Central Bank of Nigeria digital currency tagged eNaira has effectively redirected attention to Nigeria given the initial strict stands of the apex bank on crypto-currency.

The CBN had disclosed that the pilot phase of  eNaira will come on stream by October 1, a development that has signalled high-level preparedness towards the launch.

As the Monetary Policy Committee of CBN prepares for its September 2021 meeting, the Bank has reiterated that its digital currency, eNaira, scheduled to be unveiled in the last quarter of 2021, will enhance the effectiveness of its monetary policy.

Justifying the foray into digital currency

Emefiele said: “Project Giant, as the Nigerian CBDC pilot is known, has been a long and thorough process for the CBN, with the Bank’s decision to digitize the Naira in 2017, following extensive research and explorations. Given the significant explosion in the use of digital payments and the rise in the digital economy, the CBN’s decision follows an unmistakable global trend in which over 85 percent of Central Banks are now considering adopting digital currencies in their countries.

Speaking in Abuja, the Director, Corporate Communications Department, Osita Nwanisobi highlighted the benefits of the eNaira to include a marked improvement in its monetary policy transmission, adding that transactions on the eNaira will be at lower cost and greater time efficiency for all users.

According to him, the Central Bank Digital Currency (CBDC), which he noted would complement rather than replace the paper money and coins currently in circulation, would also facilitate cross-border remittances as well as improve efficiency in the payment system.

He further explained that the eNaira had the potential to resolve many of the issues currently associated with cross-border payment and could help improve forex accretion and utilization.

In addition, he said issuing a CBDC could reduce demand for foreign currencies as Nigerians could use CBDC to transact both locally and across borders in future.

The selection of Bitt Inc.

The CBN’s selection of Bitt Inc, from among highly competitive bidders, was hinged on the company’s technological competence, efficiency, platform security, interoperability, and implementation experience.

Emefiele said: “In choosing Bitt Inc, the CBN will rely on the company’s tested and proven digital currency experience, which is already in circulation in several Eastern Caribbean Countries.

“Bitt Inc. was key to the development and successful launch of the central bank digital currency (CBDC) pilot of the Eastern Caribbean Central Bank (ECCB) in April 2021.”

The CBN spokesperson emphasized that the Bank based its selection assessment on technology ownership and control; implementation timeline; efficiency, ease of adoption; support for anti-money laundering and combating the financing of terrorism (AML/CFT); platform security; interoperability; and implementation experience, among others.

“Bitt was the first company to digitize a national currency on a blockchain, thus creating the first synthetic CBDC, with the support of the Central Bank of Barbados Governor and the Minister of Finance.

“That system is still in operation today,” he explained.

While urging members of the public to embrace the eNaira upon unveiling, in the forthcoming weeks, he also enjoined stakeholders to support the Bank’s policies, stressing that the CBN remained focused on its resolve of being a people-centred Central Bank.

In addition, Bitt provides user interfaces for Enterprises, Merchants, and Retail Consumers that enable a variety of actions to achieve each users’ objectives in managing digital currency transactions and services. Bitt has built its DCMS to integrate with leading blockchain networks

In 2015, Bitt started a project to digitize the Barbadian dollar. Bitt was the first company to digitize a national currency on a blockchain, thus creating the first synthetic CBDC, with the support of the Central Bank of Barbados Governor and the Minister of Finance.

That system is still in operation today, and is integrated with the largest bill payment processor in the country and both major telcos.

The Government of Barbados uses it to collect payments online. mMoney has grown to service thousands of merchants and many more individuals within Barbados.

Launch of CBDC in ECCU

Bitt has tested and proven digital currency experience, which is already in circulation in several Eastern Caribbean countries.

Bitt was key to the development and successful launch of the central bank digital currency (CBDC) pilot of the Eastern Caribbean Central Bank (ECCB) in April 2021. Experienced and Skilled Staff

Experienced and Skilled Staff Bitt consists of 50+ highly skilled employees from all over the world. The team has over three years’ experience in research, consultations, planning, software development, operational training, merchant acquisition, customer service, and marketing achieved through collaboration with the ECCB, National Bank of Belize, CBN, and multiple external stakeholders.

The CBN has assured that the Bitt system is built to enable universal Access and Convenience, enabling the CBDC to maximize inclusion and usability across the population groups. Providing a convenient form of payment instrument for people to transact

It is also built to providing a secure CBDC solution that protects user’s PII, funds, and data by using the latest technologies available

Enhanced security of CBDC can be enabled by use of biometric login options on the smart devices used.

Bitts Merchant and Consumer applications can be integrated with existing biometric hardware and software features.

Bitt Merchant and Consumer suite applications can be programmed to utilise the voice controlled feature to perform transactions. For example: “Send $20 to Jim”.

Bitt’s offline solution allows a user to allocate a set amount of CBDC to be available offline for use in areas without internet or cellular coverage.

Bitt DCMS provides Multi Factor Authentication by a combination of evidences such as something known to only the user (password), something only the user has (mobile phone sms)

Bitt provides non-custodial wallets wherein the user is in full control of the private keys of the wallet and could be issued by the Central Bank or Central Bank appointed agents.

Bitt provides custodial wallets where the service provider stores the private keys in a secure environment, and enables their users to transact following an authentication process for the wallet application(s).

For comfort, Daily Trust learnt that part of the agreement is that bitt will now register as a Nigerian company and CBN will own shares.